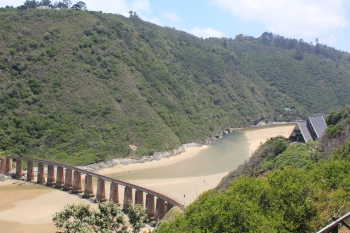 The Kaaiman's River Pass boasts several records. Although a fairly short pass in terms of distance, the curves are extremely sharp and the gradient is steep. The pass connects George in the west with Wilderness in the east and traverses magnificent scenery with steep mountainsides, where the amber coloured waters of the Kaaimans River are crossed via the first curved bridge built in South Africa in 1952. The pass provides perfect views of the famous rail bridge at the mouth of the estuary and plays host to Dolphin Point - a perennial favourite with tourists offering 270 degree views including one of the best panoramas of Widerness beach. When commissioned in 1952 it ended a 70 year period where the Old Cape Road (including the 7 Passes) became much less used. 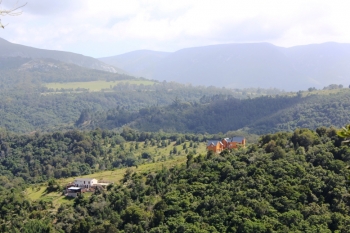 "White's Road" meanders gently up Wilderness Heights - a quiet, country road where Welsh ponies on the local stud farm add to the almost English charm.  This lovely drive is also popular with cyclists and walkers.

The road has gentle gradients, seldom exceeding 1:12 and offers magnificent views of the Touw River Gorge, the estuary, Wilderness beach and village as well as Dolphin Point.

The road is peppered with corners, many which are very sharp, but if you comply with the speed limit, all will be well. Please note that there is a hight restriction halfway along the pass, so don't go and drive this road ina high roof campervan, bus or truck. The lower 2 km close to the village is tarred, but the quality of the tarring is uneven and bumpy - to the point that you will probably find the gravel a more pleasant surface to drive on. 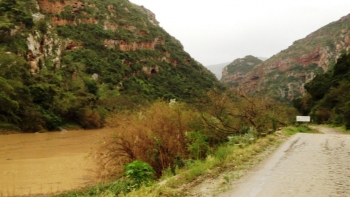 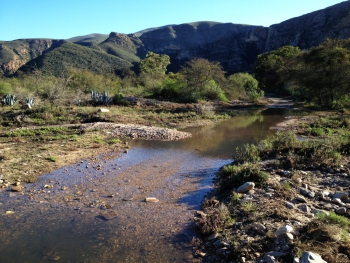