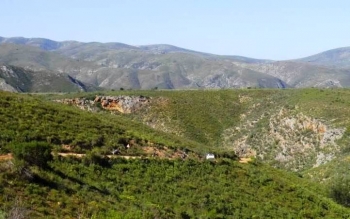 This is quite a unique pass as it holds a number of extreme statistics under its rutted gravel surface. It's a short pass at only 3.7 km but packs a staggering 55 bends, corners and curves into that length, which works out at one bend every 67 metres! There is no other pass in South Africa to equal this!

Besides the large number of corners, this pass is also steep with an average gradient of 1:14 and some very steep sections at 1:5. The scenery is fantastic as the pass follows the course of a tributary of the Nooitgedacht River, but the cherry on top of all these impressive figures is the ghoulish history of this pass, where a murder took place about 200 years ago - and it's how the kloof got it's name. There are other passes in South Africa with similar names, like Moordenaarsnek (EC) and Moordenaarspoort (NC) and Moordenaarshoogte (WC). 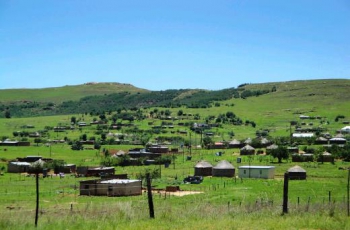 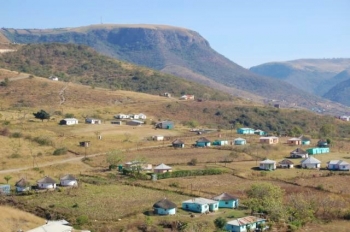 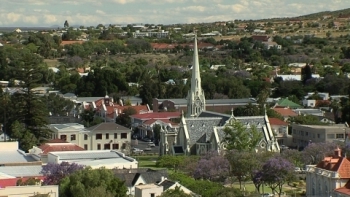 Munniks Poort is a straight forward drive along the tarred N9 highway, just 3 km south-west of Graaff Reinet - with few technical surprises, other than beautiful vistas of the Great Karoo, the unique and distinctive vews of Spandau Kop and the world famous Valley of Desolation - all part of the Camdeboo National Park. The naming of the pass is probably after Dr. L.A.P.A. Munnik - a parliamentary minister in the 1970's. 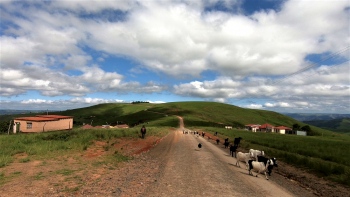 This major gravel pass will enthrall and enchant even the most jaded pass hunter. It is long, steep, rough and peppered with 301 bends, corners and curves of which 7 are hairpins and another 29 exceed 90 degrees radius. It achieves top 10 status in two categories as the 5th longest pass and the 7th biggest altitude gaining pass in South Africa. It's named after the Mtzintlava River, which is one of the main tributaries of the Umzimvubu River with which it forms a confluence about 15 km to the south west of the pass. 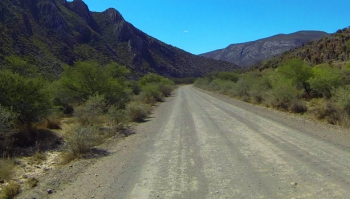 Naroegaspoort is a gentle drive with easy gradients synonymous with typical poort statistics. It includes two crossings of the Plessisrivier, which is usually a bone dry river bed. These crossings mark the start and end points of the poort. There are only two wide corners and the rest of the poort is a straight-line drive through the rugged poort, which forms a passage through the east-west axis Grootrivierberge about 50 km east of Willowmore in the Karoo. The poort squeezes the road and the railway line into its confines and both parallel each other for most of the distance through the poort. This is an arid, water-scarce part of South Africa, where much of the vegetation consists of succulents. 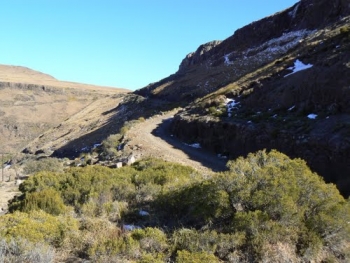 Due to the 32,7 km length of this mega-pass, we have split it into six parts. We recommend that the pass be driven from west to east for maximum enjoyment. Many sources quote this as being the highest gravel pass in South Africa, but Naude's Nek Pass is actually the fourth highest altitude, publicly accessible pass in South Africa and is a much sought after personal trophy for pass 'hunters' to say: "I've driven it!"

It is superseded by the Ben MacDhui Pass, the  Sani Pass and the Tiffindell-Tenahead Traverse (in that order).  Zig-zagging its way over the Southern Drakensberg, the pass is a long and slow drive with an average gradient of 1:41, but the steeper parts measure out at 1:7. Considering that the builders were not engineers, but humble farmers, the lines chosen and gradients achieved are remarkably good for the time. This is without question a bucket-list pass! 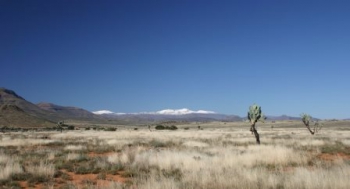 The Naudesberg Pass should not be confused with it's like named, but much more famous Naudes Nek Pass, which is also in the Eastern Cape. The Naudesberg Pass lies 40 km North of Graaff Reinet on the tarred N9 connecting with the Karoo town of Middelburg some 70 km further north. The pass was originally constructed by Andrew Geddes Bain circa 1858. 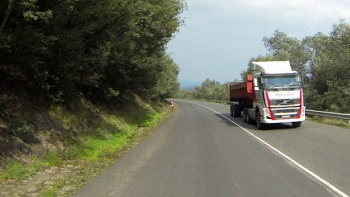 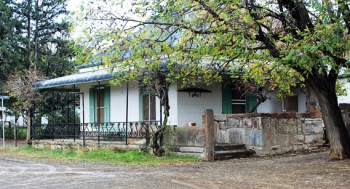 This short, but scenic poort drops down into the little village of Nieu Bethesda from the north-western side. It is only 3 km long and descends a total of 143m, producing an average gradient of 1:21. It is an extension of Martin Street and is often referred to by that name. The poort offers lovely scenery and a pleasant, but slow drive down the poort. Nieu Bethesda is an interesting and quiet Karoo village set in a small and well watered valley, surrounded by tall mountains. The village is beautfully green with tall trees and some very old buildings. It is reputed to be the Central Karoo's best kept secret.