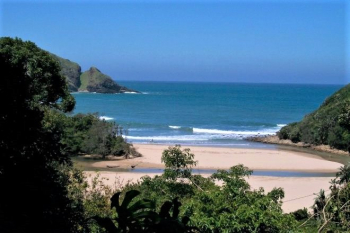 This very steep and winding road starts in the town of Port St Johns and winds its way up the lush mountainside, eventually curling back on itself to terminate at the old runway on the top of the mountain. The road is tarred or concreted all the way, so traction is good (even in wet weather) making this drive possible in any vehicle.

The 9.8 km long road has 69 bends, corners and curves to contend with and some fairly steep gradients of 1:5. The views from the end of the airstrip are superb and include a bird's eye view over the Umzimvubu River, the Gates of St John as well as the river mouth itself.

The road was well built many years ago making extensive use of concrete to ensure it would not suffer water damage from the heavy rains that fall in this area. The road has a false summit of 240m ASL which is reached at the 2.8 km mark, where after it undulates and descends until the 5.4 km mark. From this point the gradient ramps up steeply as the road reaches its maximum gradient of 1:6 before reaching the top of the mountain, where you can drive along the tarred runway to the various lookout points. 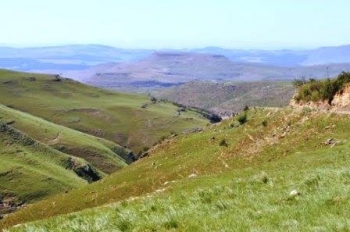 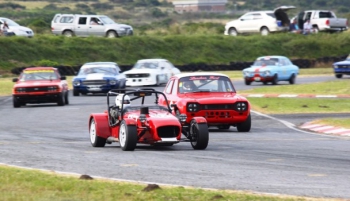 Potters Pass is a short suburban pass located in the West Bank area of East London (Buffalo City). It offers beautiful views over the Indian Ocean and the adjacent East Coast shoreline as you descend the pass from north to south. It is also unique in that the pass itself once formed part of the course over which the South African Grand Prix was held in the smoke-and-thunder glory days of motor racing in the 1930s, an era far removed from the clinical procession of Formula 1 racing today. 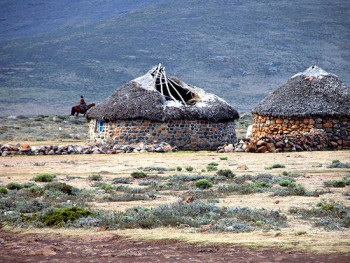 Qacha's Nek Pass is a long, gravel road, high altitude pass leading to the border control point with Lesotho at the town of the same name. Go prepared for severe weather, including thunderstorms, electrical storms, rain, mist or snow. Beyond the border post, the road is tarred . 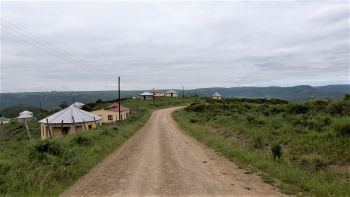 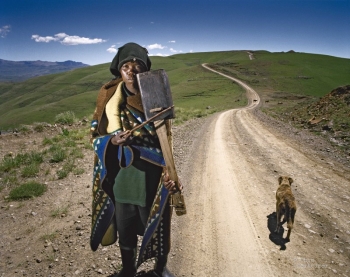 There are three passes that allow access to Lesotho from Matatiele. From west to east these are Ongeluksnek (4x4 only), then the bigger, more popular pass, which is Qachas Nek, but a little further to the east is the much more difficult and spectacular Ramatselitso's Pass. All three passes end at the RSA/Lesotho border posts of the same names. With Ramatselitso being something of a tongue twister, the border post is locally known as Rama's Gate and no doubt over time, the connecting pass will also adopt the name of Rama's Pass. The official government large scale map lists it as Ramatseliso (without the 't'), so there are already a number of versions, but we are indexing it as per the spelling on the notice board at the border post. 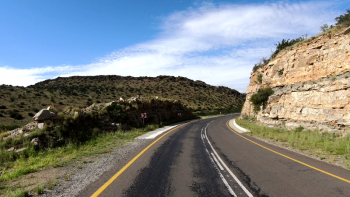 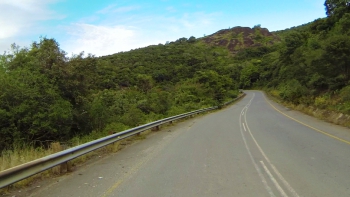 The Red Hill Pass is located on the tarred R352 in the dense forests of the Amatola Mountains between Keiskammahoek and the main trunk route - the R63 which it joins about midway between Alice and King Williams Town. The pass is  a fairly safe one in fine weather with a gradient of 1:21,but it is subject to frequent misty conditions and heavy rainfall and of course, you can expect stray cattle on the roadway at any time of the day or night. There are a total of 23 bends, corners and curves to negotiate, three of them which are in excess of 90 degrees with very tight radii. 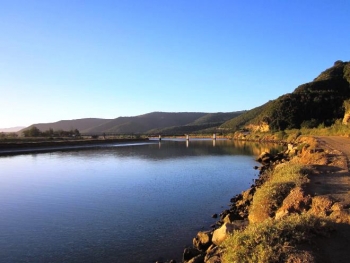 A long mountain curves to the south at right angles to the N2, forcing the Gamtoos River towards the Indian Ocean. To the east is a substantial kloof along which the Remkloof Pass has been built. As far as dramatic passes with multiple curves and steep gradients go, this pass is fairly docile and only hosts three very gentle corners, but the it does rise from 3m above sea level at the crossing of the Gamtoos River in the west, via a substantial climb of 206m over 5 km to summit at 209m ASL producing a mild average gradient of 1:24.

This is the N2 and the road is in good condition with triple lanes and adequate safety shoulders. It's suitable for all vehicles in all weather, but it's a busy road, so drive with that in mind.

The Gamtoos River winds its way through the Eastern Cape bushveld, providing warm, calm waters in which to swim, frolic and fish. It is a fabulous base for those exploring Port Elizabeth, Jeffrey’s Bay, Humansdorp and St Francis Bay. The vistas from the river are magnificent, and include the local farmlands, mountain ranges and coastal dunes. 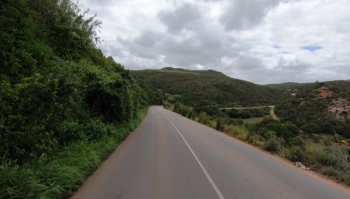 This easy tarred pass sweeps up the northern flank of a double horseshoe bend in the Gamtoos River about midway between the two citrus farming towns of Patensie and Hankey. The pass is 7,9 km long and has an altitude variance of 155m converting into an average gradient of 1:51 with the steepest sections measuring in at 1:14

The pass traverses attractive scenery of mountains and the Shumba Game Farm occupies most of the western side of the pass. Once over the summit and approaching the outskirts of Hankey, the sides of the road have lot of litter which detracts somewhat from the natural scenic beauty of the area. This is especially obvious if you have just completed the pristine Baviaanskloof.

The pass is suitable for all vehicles but it should be noted that there are no safety shoulders - not even a gravel shoulder. It makes this road very dangerous for cyclists due to the large trucks that frequent this pass.