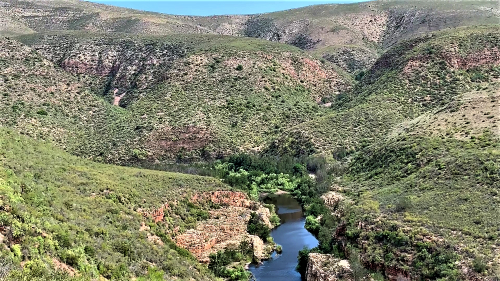 The Kouga River flows through it - Photo: Trygve Roberts / MPSA

Getting there: To approach from the north (the direction which we have produced it), take the turnoff to the north 2 km east of Joubertina at GPS S33.817972 E23.841150. Remain on this road for 35 km traversing the Kouga-Kleinrivier Pass and Brandhoek to arrive at the northern start. 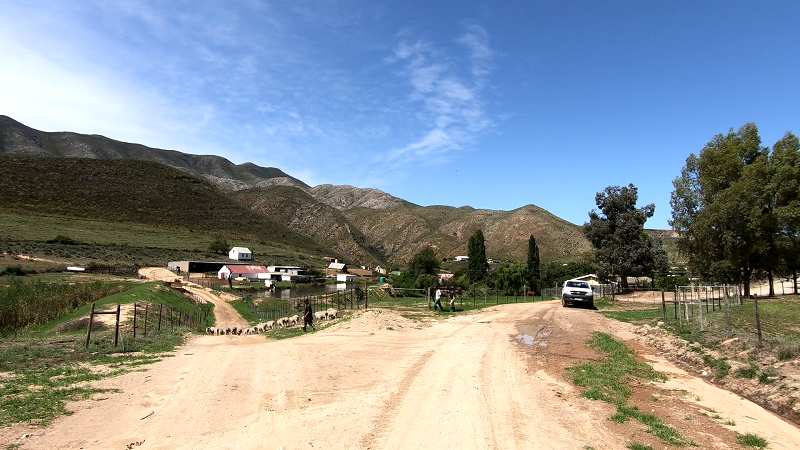 From the northern start the road begins descending gently into the south east at the Braamrivier farm. To the left there is a deep gorge visible in the mountainside, which bears the attractive name of Skilderkranskloof. This wider section of the Brakkloof is intensively farmed for the first 4,5 km passing through the farms of Twannie, Aangenaam and Rooidam. Most of the agricultural activity here is fruit farming. Dust on the farmers crops is an ongoing problem, so please be mindful of this and drive at a speed that will create minimum dust levels. Towards the end of this wider section two deep gorges are visible on the left (north). The first one is Brakkloof (after which the pass is named) and the second one is named Ghwarriekloof, after the ghwarrie bush which is endemic to the region.

From the 4,5 km mark, the mountains start closing in as the narrower part of the kloof is reached. The road follows the shape of the kloof via a big S-bend, then changes heading directly into the east for the next 3,5 km, all the while still descending at a gentle gradient. The scenery becomes more natural and rugged as the road crosses and recrosses the Braamrivier four times. 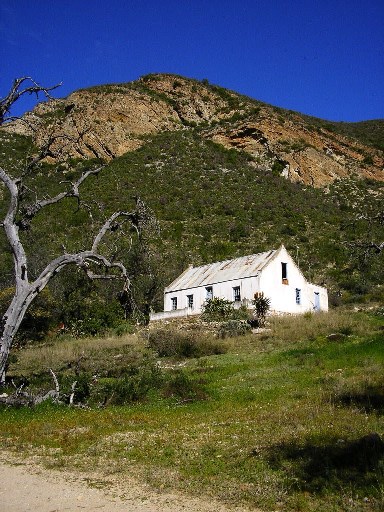 Enjoy the isolation inside the kloof / Photo: Ralph Pina

At the 8,2 km point, as the road curves through a big right hand curve, there is a Y-junction. The road joining in from the north is a dead-end and is a feeder road serving four farms, of which the major one is called Opkoms. With the direction into the south, the road remains in the kloof, faithfully following the course of the river. Another stream, the Opkomsrivier, flows along the next valley to the north-east to form a confluence with the Kouga River about 5 km further to the south-east.

From this point the road begins climbing steeply up the northern side of the mountain ahead. The gradients get steep on both sides of this mountain and in wet weather it might prove tricky in a non 4WD vehicle.

At the 11,4 km point, the summit is reached at 480m ASL where you can enjoy spectacular views over the Kouga Valley. Just after commencing the descent, at the 11,8 km point, there is yet another Y-junction. This road leads for many kilometres over the mountains to terminate at the Baviaans Lodge which is the starting point of the Baviaans-Kouga 4x4 Route. Our research has revealed that the owner of the farm to the west of Baviaans Lodge has locked all the gates on his property, so if you decide to venture east and explore this side track, you will have to backtrack all the way to this Y-junction, unless you can sweet-talk the farm owner into unlocking the gates for you.

On the far side of the river, another two clefts are visible. the one to the right (west) is also called Brakkloof (as if in confirmation that this is the most appropriate name for this pass) and the one to the left (east) is called Diepkloof.

If you get out of your vehicle a few hundred metres and peer down the steep drop-offs, you'll get a birds-eye view of the Kouga River and directly below you is a weir. If the weather is warm and you're looking for a place to take a dip, any point where you can get access to the river will provide welcome relief from the heat. Even the final bridge makes for easy access to the water.

With the road heading west for the first time, the road drops steeply down the southern flank of the mountain via 7 sharp bends, corners and curves, including one very tight hairpin bend near the bottom, which lines the road up to cross the Kouga River at right angles.

You are now faced with a stiff climb up the southern side of the river valley via a single switchback with a wide 180 bend. The road gradually straightens out where the pass ends at the top of the next hill.

Continue heading south for a further 11 km to intersect with the tarred R62 to the east of Joubertina. 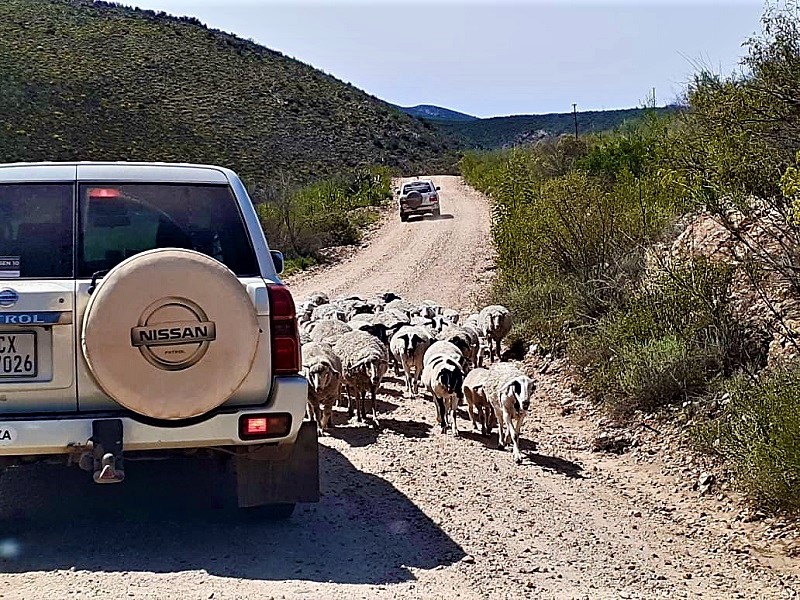 Joubertina is a small town on the Wabooms River in the Langkloof, some 50 km north-west of Assegaaibos, 70 km south-east of Avontuur and 213 km from Port Elizabeth. Joubertina was founded and introduced into the Langkloof community in 1907. Having secured a portion of the farm Onzer, in between the villages of Krakeel and Twee Riviere (both founded in 1765), a property development was launched there under the initiative of the Dutch Reformed Church. As the sale of erven around a newly erected church building gradually got underway in 1907, the future town was named in honour of W A Joubert, minister of the Dutch Reformed Church in Uniondale between 1878 and 1893.

The town has a station on the narrow gauge Avontuur railway.

||Click to download: Brakkloof Pass - (Note - this is a .kmz file, which can be opened in Google earth and  most GPS models)

Published in The Eastern Cape
Tagged under
More in this category: « Luzi Poort (DR 08018) Kouga-Kleinrivier Pass »
back to top