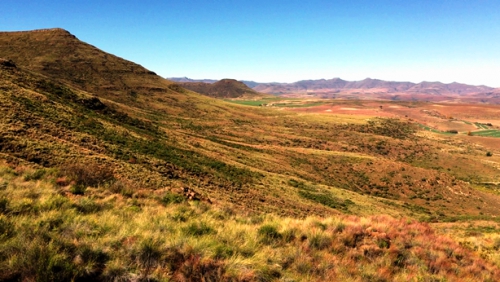 Greylings Pass is a 10 km long high altitude, gravel pass between the towns of Dordrecht in the south west and Barkly East in the north east and also serves as the main access road to the hamlet of Rossouw which lies at the foot of the pass in the south. The pass displays an altitude variance of 431m of altitude with a summit height of 1956m ASL, which is well above the snow line. It's frequently covered in snow during the winter months. In snow or very wet weather, we recommend a 4WD vehicle to drive this pass. In fair weather it is suitable for all vehicles. Although the pass has a big altitude variance, the average gradient of 1:23 is fairly easy going.

Getting there: From Barkly East drive for 8,5 km along the R58 on a westerly direction towards Lady Grey. At GPS S30.964382 E27.511723, turn right (north) where the road loops through a U shaped bend and then heads over the R58 in a south-easterly direction. Just after the overpass bridge, the tar gives way to gravel. Stop and deflate your tyres at this point as you're going to be on gravel for a long time. This is the northern termination point of the R396. Continue southwards along this road for 33 km to reach the northern starting point of Greyling's Pass 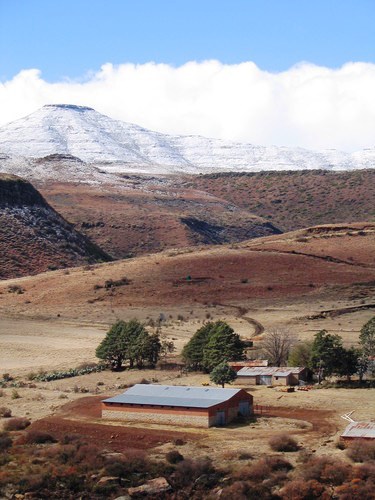 Greylings Pass during winter / Photo: Rehan OppermanFor those wanting to approach the pass from the south, take the R396 north off the tarred R56 approximately 5 km east of Indwe. Remain on the R396 for 32 km where you will reach a Y-junction. Turn sharp-right here and head to Rossouw for 14 km. The southern start of Greyling's Pass is about 3 km north of the village.

We filmed this pass from north to south. The northern start is at a neck in the mountains. Stop at the 1956m high summit and savour the sweeping views on offer. This nek is called Swartnek, for the distinctly black coloured rockstrata which is visible here. From this point one can virtually see for 40 km over faraway mountain ridges and thousands of acres of grassy hills, split by many streams and rivers. It's often quite windy and cold at the view point, so have warm clothing handy.

The Greyling name is well known in this region and there is a record of a Jan Christiaan Greyling having been murdered in the Zuurberg Pass in 1811. He owned a farm called Zwaagershoek (Swaershoek), which also connects with another mountain pass near Pearston. The two sons of the murdered Greyling later farmed in the region near Indwe and Barkly East and there is a strong possibility that this Greylings Pass was named after one of these brothers. [Source: Flip de Witt]

This is one of many gravel road passes in the Eastern Cape, much sought after by adventure travellers. This area around Dordrecht and Barkly East is home to some of South Africa's most challenging gravel road passes. Adventure bikers and 4WD enthusiasts descend into this area to drive what has become known as the BIG EIGHT PASSES - these include Baster Voetpad, Carlisleshoekspruit, Volunteershoek, Lundins Nek, Naudes Nek, Otto du Plessis, Barkly Pass and Joubert's Pass. In recent times another two passes have been added to the previously mentioned eight, to form the Ben 10 Eco-Challenge. The new passes are the 3001m high Ben MacDhui Pass and the contour road known as the Tiffindell-Tenahead Traverse (or TTT)

From the summit, the road swings away to the right (west) in sympathy with the shape of the mountain. It descends at a fairly easy gradient of 1:16 and at the 1,4 km point, swings through a big U shaped bend of 160 degrees through a shallow ravine. This changes the heading into the south-east, but it quickly curls back into the south-west via a wide right hand bend.

At the 2,3 km point, a gravel road intersects from the west (right). Ignore this and continue on the R393. The gradient flattens out along this next stretch to around 1:30 and the driving is easy with views over vast pastures. 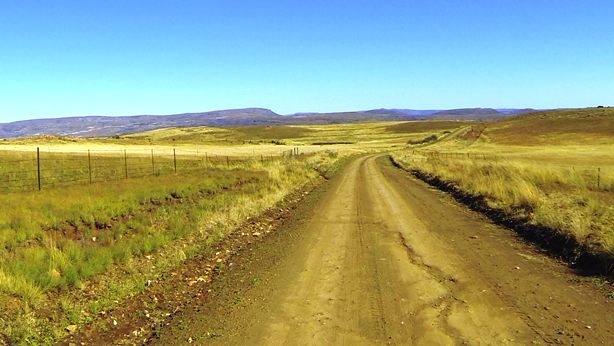 Easy driving over the first 3 km from the summit / Photo: Trygve RobertsAt the 3,8 km point, there's a sharp left hand bend of 80 degrees.The gradient steepens again to around 1:15 and at the 4,4 km mark, the pass enters its more technical section, with cuttings and steeper drop-offs, much more in keeping with a true mountain pass. The condition of the road remains good, but speed needs to be lowered as the next 3 km are peppered with sharp corners.

The first bend along this section is a wide right hander of almost 120 degrees which takes the road into a shallow cleft in the mountain, in an attempt to cross the headwaters of a small stream as high up the little ravine as possible. That stream is crossed at the 4,8 km point via a very sharp left hand bend, which changes the direction into the south-west.

The next right hand bend at the 5,2 km mark, is much sharper than the previous one, as the road heads back towards the mountain to cross the second transverse stream at the 5,4 km mark via a very sharp hairpin bend of 160 degrees, where you should lower your speed to 20 kph. 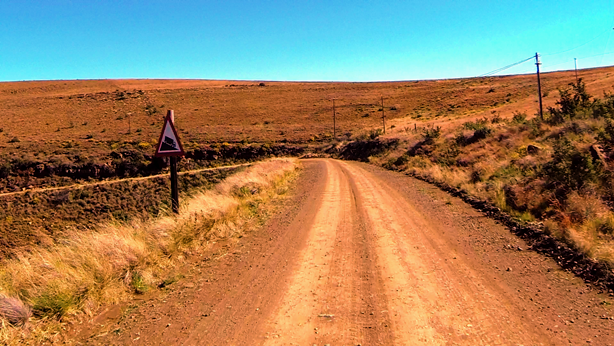 The first upper hairpin bend / Photo: Trygve RobertsThe descent continues relentlessly, but at a steeper rate of 1:14 through a shallow S-curve and then the pattern repeats itself once more, as the third big right hand bend curls through 120 degrees into the third ravine at the 6,8 km point. This second hairpin is the sharpest bend on the entire pass and turns through 170 degrees. Slow down to 20 kph.

Once you're through the second hairpin, the gradients ease off to between 1:20 and 1:30 and the rest of the pass is a relatively simple drive descending through grassy hills and farmlands. At the 7,2 km point, adjacent to an intersection with a smaller farm road, there is a short, sharp S-bend which can catch drivers unawares.

At the 7,8 km point, the road curves gently into the west following the contours of the mountain on your right and then abruptly switches heading into the south at the 8,8 km mark, as the road remains on the ridge of the cliff, with the Wasbankspruit river on the right. 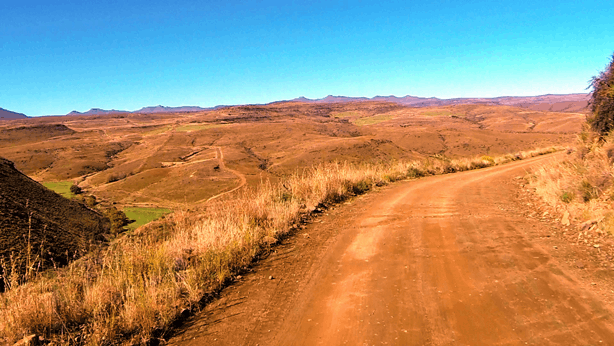 Views over the valley at the 4 km point / Photo: Trygve RobertsThe pass ends at the crossing of the confluence of the Wasbankspruit and Wilgespruit rivers at the 9,8 km point. Continue for a further 3 km to arrive at the little village of Rossouw.

If fly-fishing is your passion, then Barkly-East's Langkloof River is the place to be. Wild trout of over 5 kg are caught in the crystal clear and swiftly flowing streams.

The Barkly East Angling Society is the oldest in the Eastern Cape, having been established in  1932.

Besides the big gravel passes, there are many other smaller passes that offer solitude, serenity and a taste of the wide open spaces in this lovely part of the Eastern Cape.

||Click to download: Greylings Pass Pass (Note - This is a .kmz file which can be opened in Google Earth and most GPS software systems)

Published in The Eastern Cape
Tagged under
More in this category: « Ghwarrie Poort (N9) Groot Doringhoek Pass (P0663 / R391) »
back to top