An in-depth discussion on the first day of the Ben 10 Eco Challenge Official Tour including the Fetcani Pass, Wartrail, and Lundin’s Nek Pass. 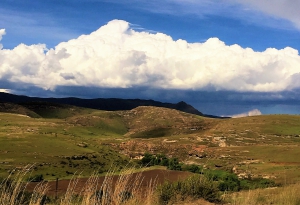 This beautiful and fairly steep gravel pass on the P3220 link road between Rhodes and Wartrail, offers wonderful high altitude scenery of mountains, valleys and winding rivers in the Eastern Cape highlands about 14 km south-west of Rhodes. Nestled in the midst of the well known Big 8 passes, this little known pass provides a scenic shortcut for those wanting to get to the Bastervoetpad Pass and the Barkly Pass. The pass has a simple high-low vertical profile and is 3,2 km long producing an average gradient of 1:15 with the steepest parts being at 1:8. The road is suitable for all vehicles in fair weather. 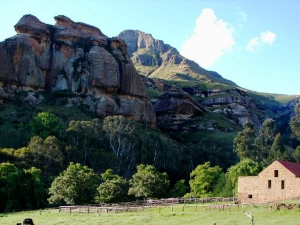 This very scenic pass is located on a minor gravel road - the P3222 - that connects farms in the Wartrail and New England areas with Rhodes and the R393 in the east and Barkly East and the R58 main road in the west. It has an unusual inverted vertical profile with a steep drop down into a valley bisected by a river, followed by a climb up the eastern side, which is a false summit. Despite it being a remote country road, the pass is well designed and has fairly easy gradients of 1:10 and higher. It will always be driven in tandem with the Wintersnek Pass a few kilometres further to the west. The pass is suitable for all vehicles in fair weather, but like all gravel roads, it can deteriorate rapidly in heavy rain or snow conditions. 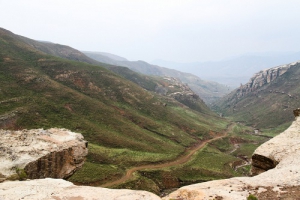