Getting there: To drive this road from south to north as we have filmed it, head south along Louis Botha Avenue in Orange Grove, a well known and older Johannesburg suburb, then turn left (east) onto the M16 route for two city blocks (450m) and turn right onto the R33. Take the first turn to the right into 7th Street and the first turn left into Goodman Terrace. Head south for 300m to arrive at the northern start of Sylvia's Pass. At the summit of Sylvia's Pass, turn left onto the The Ridge Road and drive for 500m and turn left at the fork, Steepways Lane.

Description: The entire pass is a descent (in this direction) and consists of four sharp bends, two of which are full hairpins. The pass ends at the apex of the second left hand bend. The road is narrow and requires a much slower speed than the posted limit of 60 kph. Similar to Sylvia's Pass, this one also boasts some beautiful dressed stone safety walls. 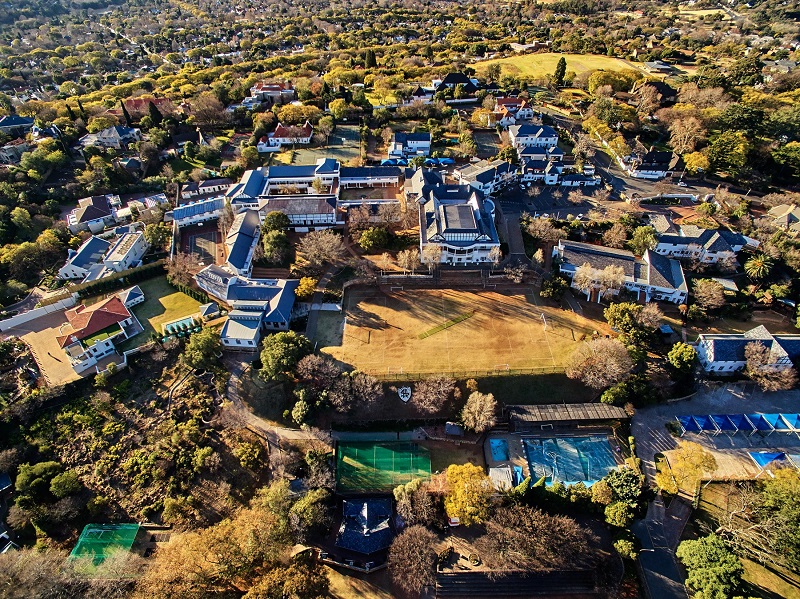 The Harvey Nature Reserve lies on the western part of Linksfield Ridge. The land was donated to the people of Johannesburg in 1959 by Sydney Harvey and consisted of 7 acres for a nature and bird sanctuary. It is maintained by the Johannesburg City Parks. The area borders with the controversial Rietfontein farm that was donated by President Paul Kruger to the people of Johannesburg as a tropical disease Hospital in approximately 1895. It is now known as Sizwe Hospital. The farm has the only pristine natural grasslands left in Johannesburg and is still the home for the Vervet monkeys and much natural fauna and flora. Unfortunately the farm is under threat for development.

The suburb has two schools within it. Linksfield Primary School which has been open since 31 July 1950. The second is a Jewish school called King David Schools, Linksfield and was founded in 1948 and the high school in 1955. In close proximity is the Greek School, Saheti School, and the English Girl's School, St Andrews.

||Click to download: Steepways Lane - (Note - This is a .kmz file which can be opened in Google earth and most GPS software systems)

Published in Gauteng
Tagged under
More in this category: « Trichardtspoort (P237) Thomas Jackson Road (Krugersdorp Hill Climb) »
back to top