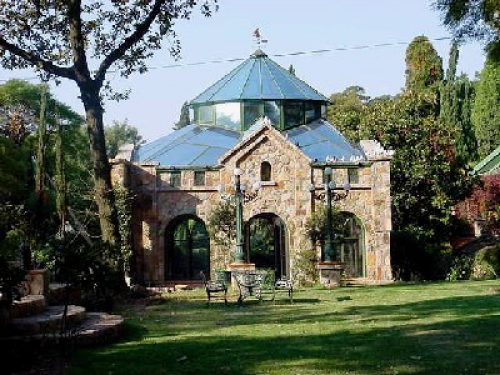 The low, rocky ridge that separates downtown Johannesburg from the northern suburbs is called Linksfield Ridge. One of the roads that connects these two areas is called Sylvia's Pass. It is on record as being the shortest official pass in South Africa, but is nontheless quite steep along most of its length. The road forms part of the M33 suburban route and conencts the Observatory area with Orange Grove. Many locals prefer this route to the more congested Louis Botha Avenue.

Getting there: Head south along Louis Botha Avenue in Orange Grove, a well known and older Johannesburg suburb, then turn left (east) onto the M16 route for two city blocks (450m) and turn right onto the R33. Take the first turn to the right into 7th Street and the first turn left into Goodman Terrace. Head south for 300m to arrive at the northern start of Sylvia's Pass.

At 290 metres, this is a record breaking pass in the South African passes index and is the outright winner of the category "Shortest Pass". Despite it's tiny distance, the average gradient averages out at a stiff 1:9. Initially the road heads south-west, then makes a 90 degree turn into the south-east and climbs up the ridge via an easy and gentle S-curve. It ends at a multiple intersection at the ridge summit at 1757m ASL having climbed a rapid 34m in altitude.

The ridges cutting through Yeoville and Observatory/Linksfield are a natural barrier between the northern and southern areas of Johannesburg. These ridges were first populated in the late 1800s and early 1900s as Johannesburg grew in response to the ongoing gold rush and people began to look for alternative places to live, especially as the CBD of early Johannesburg was not a particularly salubrious place. 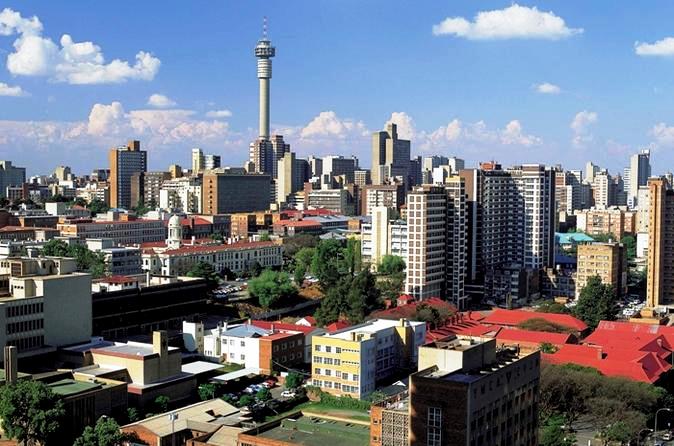 Johannesburg - the financial powerhouse of Africa / Photo: WikipediaThree winding passes were cut into the ridge to allow access for travellers. Stewart’s Drive links Bellevue and Yeoville to Bertrams and Judith’s Paarl. Munro Drive allows people to travel from what is known as Upper Houghton to Houghton proper to the north of the ridge. Sylvia’s Pass allows people to travel from Observatory and Linksfield down into Orange Grove.

The topography of Johannesburg is distinctive with the rocky mountainous ridges and the line of koppies that runs from east to west. These are the quartzite ridges of the famous Witwatersrand. The geology is unique. Viljoen and Reimold (An Introduction to South Africa’s Geology and Mining Heritage) make the point that this is one of the few localities where the evolution of the granitic crust of Southern Africa has been preserved and can be viewed. There are several places in Johannesburg where approximately 500 million years of the Earth’s history is exposed and displayed. One needs a geological guide, but what one sees is a layering of hard quartzite rock and sediments of shale above the quartzite, within the Witwatersrand super group. To the south is the further layering of conglomerates with the gold bearing reefs, such as the Main Reef, Main Reef Leader, South Reef, Promise Reef, Kimberley Reefs etc.

Who was Sylvia? Anna Smith quotes The Star of 25 June 1936 which records that in 1925 the Sylvia so honoured was Sylvia Witkin and in 1960 Mrs Sylvia Einstein (nee Witkin) wrote to Anna Smith personally confirming this newspaper report. However, on 1st July 1936, The Star carried another report from the formidable and well known City Engineer, E H Waugh, who rejected Sylvia Witkin as the inspiration and said he had named the pass after Sylvia Easton, the wife of the Council’s Government Surveyor, Percy Easton in 1928. The second claim was supported in 1961 by Mrs E H Waugh and in 1963 Sylvia Easton herself confirmed that she was the Sylvia. However, in 1963 when Anna Smith was conducting her research there was a third even more romantic version, with a claim from a Mrs Sylvie Kaufmann. Sylvie lived near the start of the pass and said a Councillor had admired her from afar and had named the pass for her thinking her name was Sylvia. So there are three possible Sylvias - take your pick!

||Click to download: Sylvia's Pass (Note - This is a .Kmz file which can be opened in Google earth and most GPS software)

Published in Gauteng
Tagged under
More in this category: « Hekpoort (R563) Theo Martin's Poort (R80) »
back to top