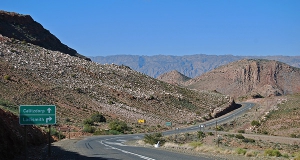 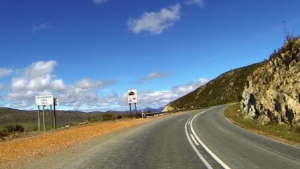 The Potjiesberg Pass is a long pass on the N9 south of Uniondale. It descends from the Karoo plateau to the valley that hosts the R62 route. There are some big descents and motorists should exercise caution on this pass - especially heavy trucks can have braking issues here. The pass is broken up into two distinct sections, with a valley separating the two. 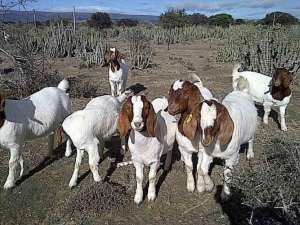 Soutpansnek translates from Afrikaans as 'Salt Pan Neck'. This 7 km tarred pass is located on the R75, about 15 km north of the small Karoo town of Jansenville. The pass has a stiff gradient on its northern side of 1:14, but other than the one sharp bend at the summit, which is well marked, should present no real dangers. The road is suitable for all vehicles. There are several references to this pass also being called the Ravelskloof Pass. This stems from a sign at either end of the pass marked 'RAVELSKLOOF' which is the name of the kloof over which the Soutpansnek Pass traverses. In reality, there is no such pass as the Ravelskloof Pass. 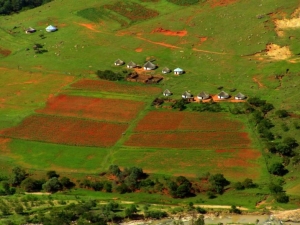 Satansnek is a big pass by any standards, as it is almost 17 km long and has an altitude variance of over 500 metres. It traverses the spine of a mountain to connect the Eastern Cape Highlands with the lower valleys near Engcobo. Its most outstanding feature is the Xuka River Canyon, an astonishing gorge which cuts through the mountains and which is visible on the eastern side.

The road is tarred but is badly maintained, so there are numerous potholes. Other hazards include local traffic and livestock. The pass is sometimes closed in winter because of heavy snowfalls, and under these conditions it should be avoided altogether, or only tackled with extreme caution using a 4x4. It is not as well-known as some of the other famous passes in the area, but is worth taking a little bit of extra effort to get to, and should be on any serious pass-chaser’s bucket list. 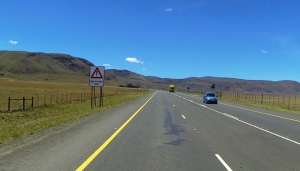 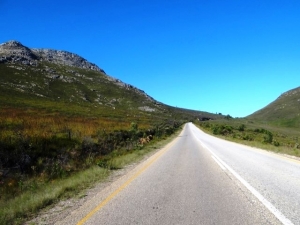 The Kareedouw Pass is a modern, well engineered pass which provides a short cut between the N2 near the seaside hamlet of Skuitbaai and the small town of Kareedouw on the R62 in the Langkloof. There are only 7 bends along this pass and all of them are minor.

The pass offers sweeping views of the Tsitsikamma mountains to the left (west) with the green valley on the right dotted with dams and a small triangular shaped forest near the summit area. There are no obvious dangers on this road, other than heavy rainfall and mist which occurs from time to time.

The small town of Kareedouw after which the pass is named lies at the northern end of the pass. The name is of Khoi origin and means "Path of the Karee trees" 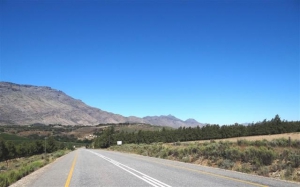 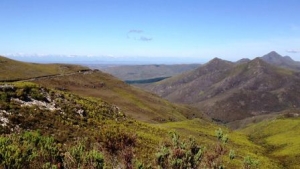 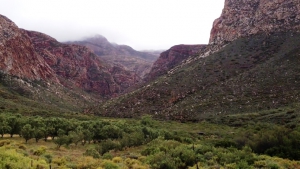