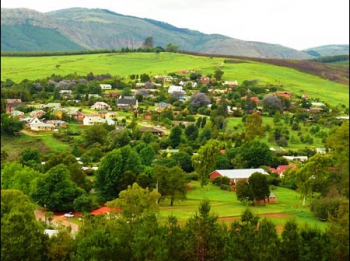 This well designed pass is a safer, shorter and faster alternative to the better known Magoesbaskloof Pass (R71) as a connecting road between Haenertsburg and Tzaneen. George's Valley runs north-east from the Ebenezer Dam to Tzaneen Dam. It is named after George Denys who designed the road (R528). He was convinced he could design a better road to Tzaneen than the Magoesbaskloof traverse. Georges Valley Road is an equally scenic drive and linking the two passes for a circular trip is well worth the drive. New Agatha State Forest is also accessible from the R528 (high clearance vehicle required). At the time of publishing many reports have come in of bad potholes developing on the R528.There is no indication from the authorities when the road is scheduled for maintenance. 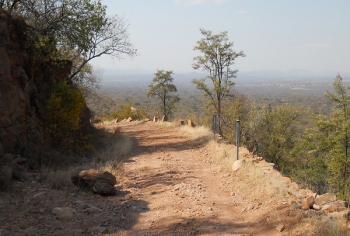 Jakkalskuilnek (“Jackal Den Pass”) is a rough and tough 4x4 pass located on the eastern Limpopo escarpment. The official guide to points of interest in this area, the Waterberg Meander, lists the name as Elandskuiling Pass, but all other references use the given name. Although the pass appears to be fairly innocuous based on its statistics, it is definitely worth your while to make the effort to seek it out, provided that you are driving an appropriate vehicle. 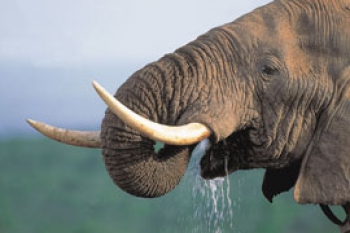 This pass is located close to Rankins Pass (which is something of a misnomer as it is not a pass, but an outpost) and runs on the north/south axis via a deep kloof through the Sandriviersberge. It is a gravel road of only 3,35km and rises 132m over that distance, producing an average gradient of 1:20 with the steepest parts being at 1:7. The start of the pass crosses the Rhenosterpoort farm, which offers excellent self catering cottages in pristine bushveld settings. 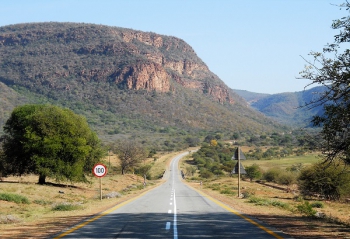 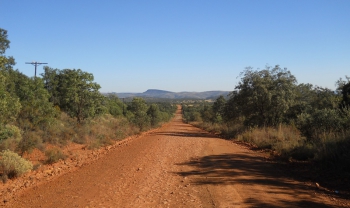 Although this pass appears to have been named after the now extinct Quagga, which died out in South Africa at the end of the 19th century, it is far more likely that it was named after Burchell’s Zebra, a plains zebra which is often colloquially called the Kwagga. The Quaggas habitat never extended north of the Vaal River, whereas the zebra was, and still is, common in this area. This gravel pass is just 3.3 kms long, and has a mild average gradient of 1:25. The pass and the approach roads are generally in a good condition, and should present no problems for any type of vehicle, weather dependant. 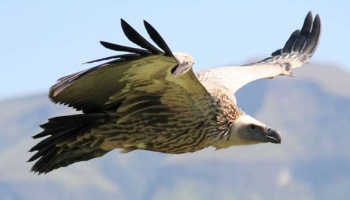 Lenong is a tarred but difficult pass located within the boundaries of the Marakele National Park near Thabazimbi. This very narrow road clings precariously to the side of a mountain, with extreme unprotected drop-offs – if you suffer from acrophobia, then this pass is definitely not for you! If you do make it to the summit, the wonderful scenic vistas over the reserve and the Waterberg massif from the various viewpoints make all of the effort worthwhile. A 4x4 is not required, but you will need to negotiate some gravel roads as part of the access route. 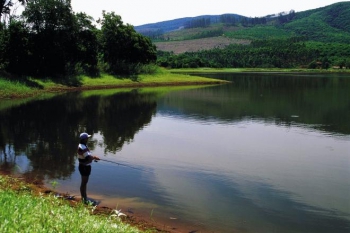 This is one of the great classic passes of Limpopo province. It has less than 20 passes in total, but amongst those  are some of the finest scenic passes in the land. This pass climbs 446 vertical meters to summit at 1400m ASL producing an average gradient of 1:17 with the steepest parts being at 1:9. The pass is tarred and is suitable for all vehicles. 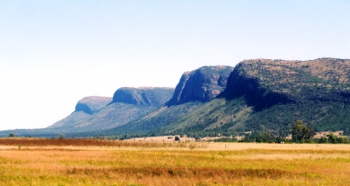 This short poort of only 1.48 km climbs just 50 meters as it dives through a natural cleft in the Soutpansberg. There is very little information available on who Maskekwa is (or was) and why the poort was so named. 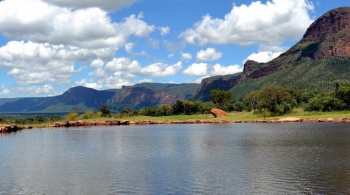 Olieboomspoort is located directly to the south of the small town of Lephalale (formerly Ellisras) in the Limpopo province. It parallels the course of the Rietspruit river, which has carved its way through the low hills surrounding the area, on the tarred R510 road. The pass is a little longer than the national average and, unlike most other poorts, has a significant altitude gain of 145 metres. There are no apparent dangers other than some sharpish corners, and the poort can be driven in any vehicle, irrespective of the weather conditions.