Legend has it that the name of this pass, which translates as “Guinea Fowl Street”, is not derived from these wild birds, which are plentiful in the area, but from the nickname of the fellow that first pioneered this route, who apparently had a rather unfortunate spotty complexion. Although not particularly steep or difficult, it is extraordinarily beautiful because of the stream which tracks the length of the pass, the lush vegetation, and the multitude of animals that are usually encountered along the road, such as baboons, warthogs, klipspringers, bushbuck, and other small antelope. The road is gravel and in a fairly good condition but there are a few difficult sections, so ideally it should be driven in a high clearance vehicle. 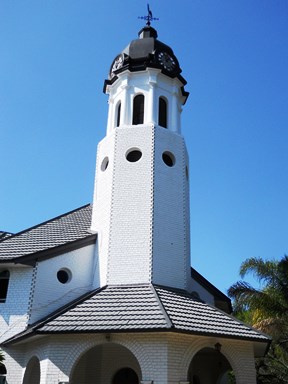 Irrespective of whether you approach from the north or the south, Tarentaalstraat and its sister pass, Papstraat, will always be driven together, as they are effectively one long pass.

We have filmed the pass from north to south. The pass begins with a long straight section, descending at a constant and fairly steep gradient in a south-westerly heading. At the 1,3 km mark, there is a turnoff to the right, signposted as “Vaalwater”. Ignore this turning, and continue straight on. The road then immediately begins a sharp 100 degree turn to the left into a south-easterly heading and the descent gradient increases significantly. Klipspringers are a common sighting along this section of the pass. The road remains almost arrow straight for 1 km, then at the 2.6 km mark another sharp turn of 90 degrees, this time to the right, is encountered. A stream is crossed at the apex of this turn and there is a significant dip in the road, so you will need to adjust your speed accordingly. 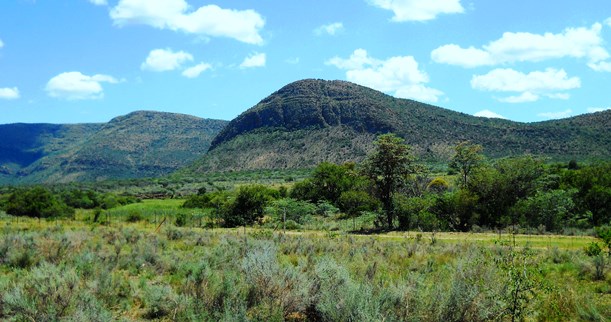 At the southern end of the pass looking west / Photo: Mike Leicester

Now back to the original heading of south-west, the gradient decreases and the kloof begins to narrow as the road follows the course of a small stream down the mountain. The vegetation becomes increasingly lush and closes in above you, at times forming a complete canopy. Resist the temptation to speed up, even if the road surface appears to be good – you will periodically encounter short sections of bad road, often without warning, which could damage your vehicle or cause you to lose control. There are no significant corners, but the road does follow some gentle bends as it winds its way through the kloof.

At the 5.9 km mark, the steep hillsides on either side of the road recede and the pass opens up, revealing the small hills and open plains of the Limpopo lowlands before you. The road continues to descend at a steady gradient for another 3.8 kms through some gentle turns, eventually reaching a narrow bridge which is the crossing of the Klein Sandrivier, and the end of the pass. The road surface is good during this last section of the pass, although some soft sand will be encountered. 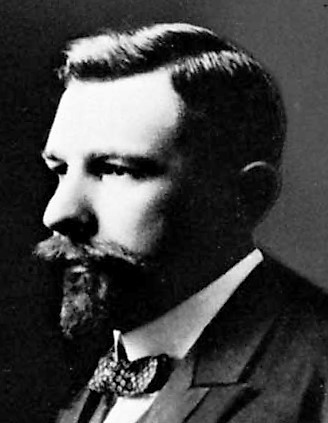 Tarentaalstraat was the third pass opened up into the Limpopo interior and used by the early pioneers and settlers. The original pass lay in a parallel kloof to the west, whereas the current road was only established in 1912. In the pioneer days, heavily-laden wagons pulled by up to ten pairs of oxen strained laboriously up this pass, with a stop-off at Geelhoutkop. Before entering the pass, the “touleier” would crack his whip and listen for a reply, ensuring that no other oxwagon was passing in the opposite direction. The old wagon trail is still visible at the head of the pass in the valley to the west of the modern road.

The Second Anglo-Boer War of 1899 – 1902 was responsible for the souring of what had until then been reasonable relations between English and Afrikaans speaking settlers on the Waterberg Plateau. Although there was only one significant military engagement in the area – at Geelhoutkop on Tarentaalstraat, where the great Boer guerrilla General Christian Beyers had his encampment – there were several minor skirmishes, especially in the vicinity of Sandrivierspoort and Rankin’s Pass.

But of far greater consequence was the forced removal by the British troops of Boer women and children from their farms, and their internment in camps at Nylstroom, Pietersburg and Irene. Under the orders of Lord Kitchener, a “scorched earth” policy was applied, and the abandoned farmsteads were destroyed and burned. Militarily, this draconian action may have been justified as a means to deny Boer commandos succour; but it had grave sociological consequences, the effects of which can still be identified over a century later. 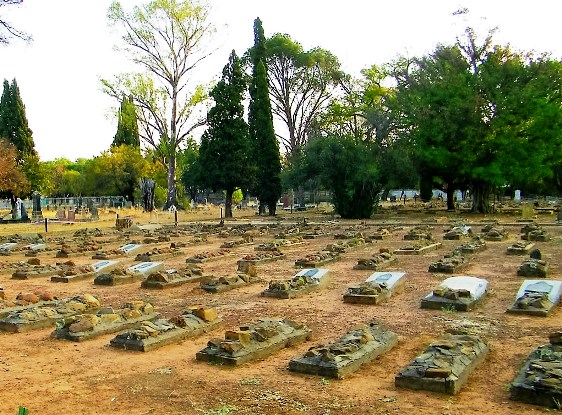 Graves from the internment camp at Nylstroom / Photo: Rural Exploration

The land was denuded of those who had been developing it. A generation of children was decimated by diseases acquired in the confined conditions of the camps; at Nylstroom alone, 429 children under the age of 15 died in the 10 months of the camp’s existence. At the end of the war, the rural white population, largely uneducated and ill-equipped for any occupation other than farming, returned to their ruined homes, destitute and lacking any means to resuscitate them.

As in the history of so many of South Africa's passes and poorts, the tragic stories unfold of our turbulent past. Brit against Boer; Boer aganst Khoi; Xhosa against Brit; Griqua against Xhosa; Zulu against Xhosa and any computation of those that one can think of. Our hillsides, towns and villages are peppered with the graves of men, children and even womenfolk who died in the cause of some or the other political struggle. When will it end?

||Click to download: Tarentaalstraat (D177)   (Note - This is a .kmz file which can be opened in Google earth and most GPS software systems)

Published in Limpopo
Tagged under
More in this category: « Bokpoort (D190) Jakkalskuilnek (D888) »
back to top