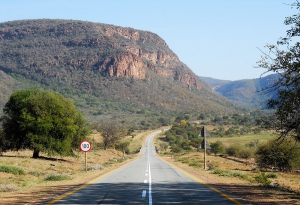 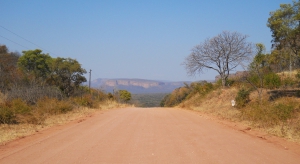 Sefateng Sa Mokgoba, which means “Place of Mokgoba” or more literally “Tree of Mokgoba”, is a long gravel road poort near Marken on the Limpopo plateau. It is one of the very few official passes in South Africa which does not have an English or an Afrikaans name. The pass bisects the eastern part of the Masebe Nature Reserve in a north-south direction, but access is not restricted as this is a public thoroughfare. The road is in a reasonable condition, but is plagued by washboard corrugations, soft sand sections and a loose surface, which would make this a nightmare for adventure motorcyclists.