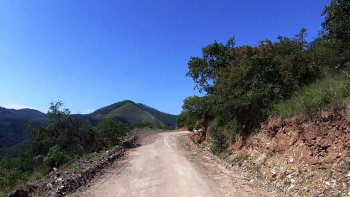 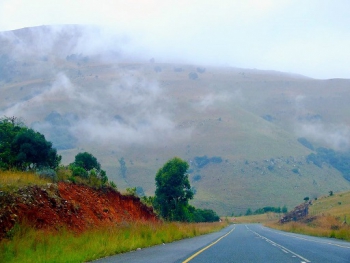 The aptly-named Skurweberg (“Rough Mountain”) Pass winds its way down the upper Drakensberg escarpment between Machadodorp and Badplaas in Mpumalanga. The pass is much-loved by motorcyclists due to the curvy nature of the road, but it does have one or two corners which can be dangerous at high speed. It is relatively steep with an average gradient of 1:17 and descends a total of 448 metres, but the tarred road surface is good and free of potholes. Keep an eye out for monkeys and baboons, as well as domestic livestock. The pass can be driven in any vehicle and in all weather conditions. 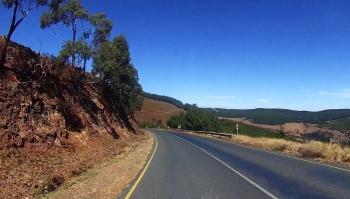 Slaaihoek translates into Salad Corner - a most unlikely name for a major mountain pass. Slaaihoek Pass is located on a tarred cul-de-sac road which provides access to the Nkomati Mine in Mpumalanga. The road surface is in an excellent condition, which is very surprising as the route is used on a continual basis by heavy-duty mine trucks and logging vehicles. There are a total of 95 corners, bends and curves on the pass, each of which have been perfectly engineered with a constant radius, making this arguably one of the best motorcycling roads in the country, but at the same time one of the most dangerous. The name of the pass and the road is derived from the original name of the farm on which the mine is located. 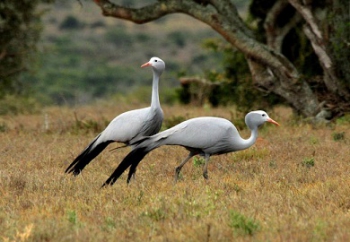 Steenkampsberg Pass is sometimes mistakenly referred to as "De Berg Pass" after the highest peak in the range at an altitude of 2331m. This tarred pass joins Lydenburg in the north-east with the small settlement of Roossenekal in the SSW. It is approximately 30 km to either town. The pass gains 434 vertical meters over 17,1 km producing an average gradient of 1:20. The steepest parts are at 1:7. The scenery along the entire length of the pass is exceptional and well worth any detour you will have made to drive it. 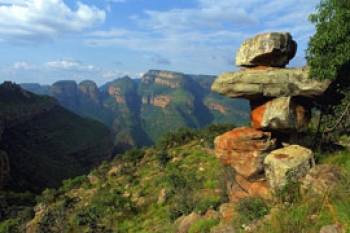 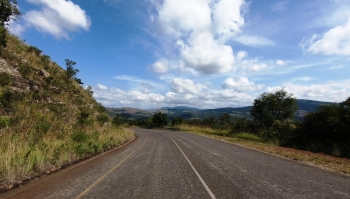 The Sudwalaskraal Pass is to all intents and purposes a southern extension of the slightly longer Sudwala Pass on the same road (R359) and together form one long pass of 16 km. At 7,4 km the Sudwalaskraal Pass is well above the national average and displays a substantial altitude variance of 285m. The pass is named after the Sudwalaskraal farm near the foot of the pass. The road was in good condition at the time of filming and has nicely radiused corners and well engineered gradients never exceeding 1:11.

The famous Sudwala Caves lie near the southern foot of the pass and offer visitors a glimpse into the dark and distant past of Africa millions of years ago. The pass contains 17 bends, corners and curves of which two are U bends exceeding an angle of 130 degrees. The usual Mpumalanga pass cautionaries apply of heavy mountain mists and slow moving logging and mining trucks. 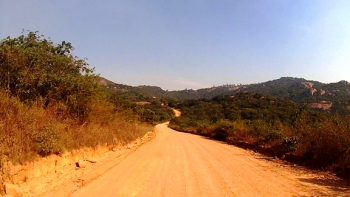 The Uitkyk Pass is more commonly called the Uitkyk Road by locals. It lies just 15km to the south of Nelspruit and provides access to several farms as well as the plantations of bluegums and pines for harvesting and maintenance. It traverses sections of the Krokodilspoort mountains in the form of a large V. 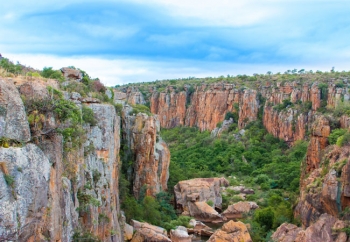 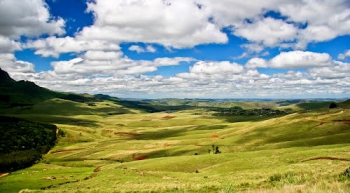 A fairly easy pass just north of Volksrust on the N11 with an average gradient of 1:45, but there are some steep sections at 1:8. The vertical profile is the classic up/down shape with a summit altitude of 1844m offering grand views in all directions. Volksrust is subject to winter snowfalls due to its high altitude and this pass does sometimes get closed by the traffic authorities in the event of heavy snow, which makes conditions on the pass dangerous. 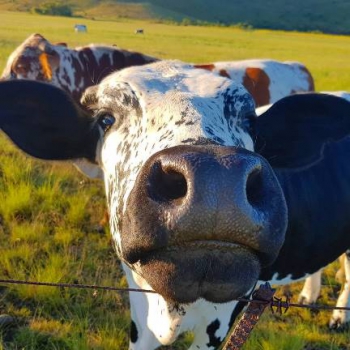 This gentle tarred pass is located in southern Mpumalanga, very close to the border with KwaZulu-Natal. It lies on the R543 between the small towns of Volksrust in the west and Wakkerstroom in the east. On a clear day both places are visible in the far distance from the summit. The pass runs from east to west in a mostly dead-straight line, except for a shallow S-bend near the summit where the road crosses over a railway track. No real dangers except for stray farm animals or over-excited twitchers present themselves, but snow can be experienced here in winter, in which case extreme care should be exercised on the slippery roads.