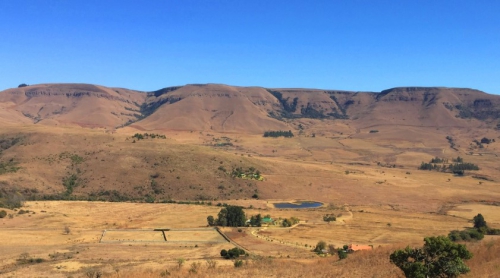 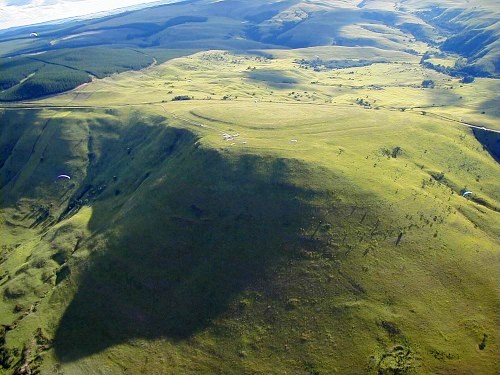 We have filmed the pass from north to south. The start of the pass is marked by the entrance to a farmstead on the left-hand side, which is flanked on either side by two tall cedar trees. The road curves through 45 degrees to the right, then straightens up for 850 metres as it ascends slowly towards the low hills in front of you. The gravelled surface is good throughout this section, but keep your speed low as there are a few subtle twists and turns, and the occasional hump where irrigation pipes have been inserted under the road.

A slight bend to the right is encountered after this straight, then the gradient kicks up slightly and the road becomes a lot more bumpy. A few minor farm roads intersect off the main route, and then at the 1.6 km mark you will reach the attractive entrance gate to the Wagenbietjieshoek estate, which is clearly signposted. Continue straight on for another 200 metres, where a left-hand bend marks the start of the true ascent. This leads almost immediately into a shallow right-hand curve, and then into a 90-degree left-hander. There are expansive views over the Wilgekraalspruit valley on your right at this point. 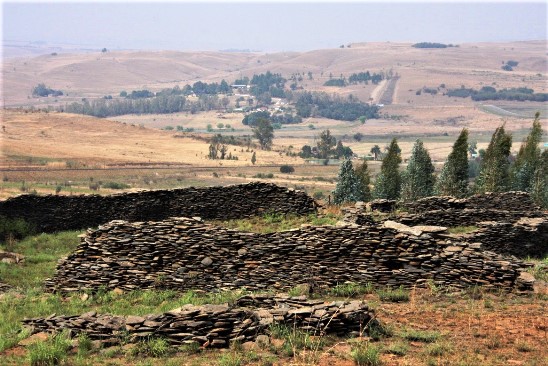 The road traverses through some thick bush and a low cutting, then curves to the right and straightens up for just 85 metres before the sharpest corner of the pass is encountered, a true hairpin of 180 degrees to the left. Now heading almost true north, the road climbs steeply up the hillside, the surface a little rocky and uneven through this section. Two shallow S-bends are followed by a sharp 120-degree turn to the right. There is a great view from the apex of this corner of the Kwena Dam off to the north, but this would be a dangerous place to stop.

The heading reverts back to the south as the road climbs steeply onwards and upwards, following the spine of the mountain. There are a few shallow bends and some low cuttings which are encountered throughout this part of the traverse, and the road surface degenerates somewhat at this point, significantly increasing the chances of getting a puncture. The view to the left is blocked off by the hillside, but the views off to the right over the Wilgekraalspruit valley far below are unobstructed. 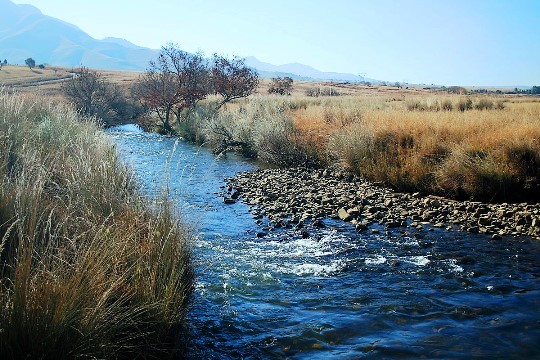 The road enters a long shallow left-hand bend, then at the 4.1 km mark curves back to the right. Just at this point, there is a road intersecting off to the left, blocked by a gate. This leads to a jump-off site for paragliders, who make use of the updrafts generated by the slopes on the eastern side of this mountain to soar high above the valley. Pine plantations begin to appear on the slopes ahead of you as the road continues to climb towards the summit through some shallow bends. There are number of places along this section where you could safely stop to take some photographs.

The pine plantations increase in density throughout the last push up to the summit, which is reached at the 5.8 km mark. Do not venture off the route onto any of the logging tracks, as tempting as this may be, as these are all private roads. A splendid view over the hills and mountains to the south opens up as you reach the crest, then the descent begins as you traverse a shallow right-hand bend. The road now runs arrow-straight for 900 metres to the end of the pass, which is clearly marked by a lone pine tree guarding the entrance to a farmstead on the right-hand side. 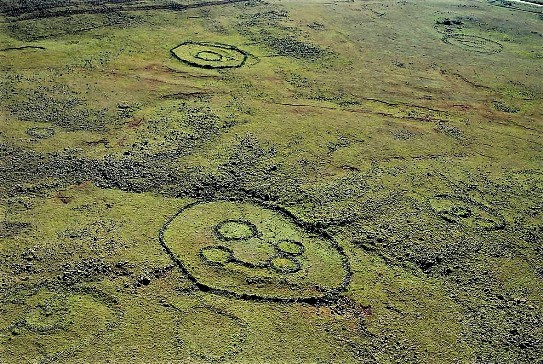 This area of Mpumalanga is covered with thousands of circular stone structures, linked by ancient roads and what appears to be agricultural terraces. People on the ground still write off the stone walls as “kraals”, and some experts view them to be of little historical importance. With the advent of Google Earth’s satellite imagery, the huge scale of the network has become apparent. What the sites reveal, and the questions that they raise, is simply astounding.

Ruins in the hills around Machadodorp and Waterval Boven suggest a continuous settlement larger than current-day Johannesburg. Due to the construction of roads and agricultural activity, the network is far from intact, but good examples are clearly visible on Google Earth or Google Maps (see image). What challenges the kraal assumption is that these circular structures are continuous, with no entrances. If livestock or people were to have moved in and out, they would have had to scale two to three metre walls constructed of loose stone. 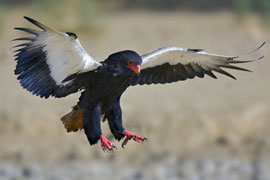 Raptors can be seen from the pass / Photo: PanoramioHistory does not record the existence of the estimated million-strong population that it would have taken to build a network like this, nor for what purpose it would have been constructed. So if these are not kraals, what are they?

A number of theories have been postulated, some of these extremely radical, by various experts and academics. Many of these structures, including the site known as “Adam’s Calendar” near Kaapsehoop, have been dated to be possibly as old as anywhere between 75,000 and 200,000 years. Could there have been a lost civilisation living in this area so long ago? There is a wealth of information available on the internet, and some basic research will turn up a number of interesting articles. What you make of them is up to you, but there is one indisputable fact; the stone circles do exist.

||Click to download: Wilgekraal Pass (Note - This is a .kmz file which can be opened in Google Earth and most GPS software systems).

Published in Mpumalanga
Tagged under
More in this category: « Chomse se Hoogte (R36) Mount Carmel Pass (D1054) »
back to top