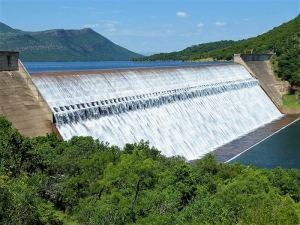 Kranspoort is located on the national N11 road between Groblersdal and Middelburg, very close to the Loskop Dam. The road is in an excellent condition and has been extensively refurbished (construction was completed in late 2017). The pass is nevertheless still considered to be extremely dangerous, and road users should apply due caution and heed the speed limit of 60 kph which applies for the majority of the length of the pass.

The biggest hazards which could be encountered are the mine trucks which use this route, and which could lose their brakes when descending the pass under heavy load. The name is misleading, as this is much more of a pass than a poort, and it is far steeper than one would expect. It comes as somewhat of a surprise after the long flat straight sections on the approaches from both the northern and southern sides.