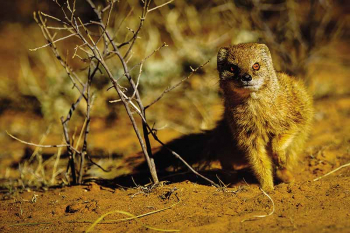 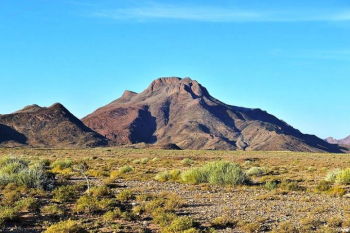 Pella Pass does not have the same magical attraction as its sister pass, Charles’ Pass, which is just a few kilometres away to the east. It is much easier to traverse, in that a wide gravel road has been constructed, but the surface is riddled with severe corrugations which makes for an extremely uncomfortable ride. The route connects the little settlement of Pella with the water purification works on the banks of the Orange River, and, for the entire length of the pass, follows a pipeline which carries water from this plant to Pella and beyond. If you intend to traverse the circular route as described in the directions below, then a 4-wheel drive vehicle is essential, but if you do an out-and-back drive of just Pella Pass itself, then any high-clearance vehicle should be sufficient. 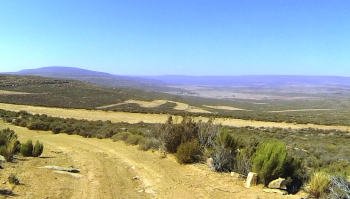 This short and rough pass is surprisingly scenic and requires a high clearance vehicle to drive it. At just 2,1 km it displays an altitude variance of 68m, producing an average gradient of 1:31 but there are several sections that are as steep as 1:6, but these are short-lived. The pass traverses a rocky plateau where the main agricultural activity is sheep farming. The pass forms part of a public servitude road that connects with the R354 just north-west of Middelpos and traverses two big farms along the way - Droekloof and Otterkuil.

At the foot of the pass at a farm gate (which is usually open) there is a large sign, depicting a rifle and a 'Trespassers will be prosecuted / Private Property' message. This board creates the impression that this is a private road, which it is unlikely to be. The farmer  has clearly suffered stock theft in the past and the sign is there to discourage strangers from traversing his farm. This pass is incorrectly marked on some maps as Prinseshoogte. 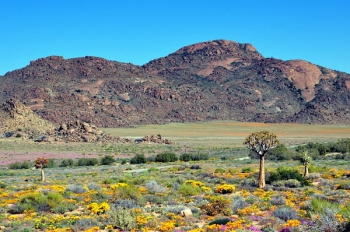 This easy gravel poort meanders through a cluster of low granite hills on the R355 between Springbok to the west and Loeriesfontein which is 200 km to the south. The gradients are easy and the corners are wide, making this poort relatively safe. The only cautionaries worth noting are those of corrugations - the severity which depends on when last the road was graded - and dust. This part of the Northern Cape is seldom windy, so dust trails tend to 'hang' over the road for quite a while, which can severely reduce visibility.

At 10,3 km the poort is well above the national average and it only displays an altitude variance of 116m, resulting in a very mild average gradient of 1:89, with the steepest parts being at 1:20. 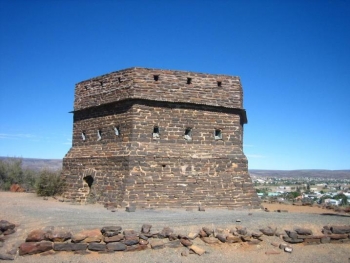 Prieskapoort carves its way through a long diagonal set of mountains called the Doringberge (Thorn Mountains). It is also sometimes referred to as Prieska’s Poort. This provides a clue as to how the poort got its name, in that it was probably named after the town itself; it would have formed the primary route to this little Karoo settlement back at the end of the 19th century. There are only two minor corners on this pass, which is basically a straight, flat traverse. The road is tarred and wide with open views, so there are no potential hazards other than occasional livestock, slow-moving vehicles and pedestrians. 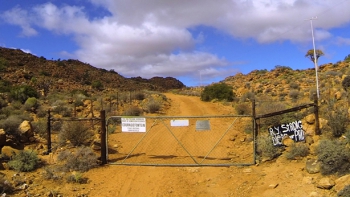 This is a remote and 'off the beaten track' poort 40 km to the east of Kamieskroon. There is a small tricky section near the summit, but for most of the rest of this poort it's fairly easy going with very few sharp corners. There is a fair amount of soft sand and in the summer months, vehicles without 4WD might well experience traction issues here. The poort is 5,7 km long and displays an altitude variance of 138m, which converts into an easy average gradient of 1:41. The steeper parts near the summit are at 1:7. The big attraction to drive this remote poort is the substantial quiver tree forest that it traverses.

Many respected resources on the internet list Baillie's Pass (Bailey's Pass sic) with Pypmaker se Poort in brackets as the alternative name. This is completely incorrect, as Pypmaker se Poort, although fairly close to Baillie's Pass, is on a different road altogether. The only site that got this one right, is Tracks4Africa. Also note the correct spelling of Baillie. 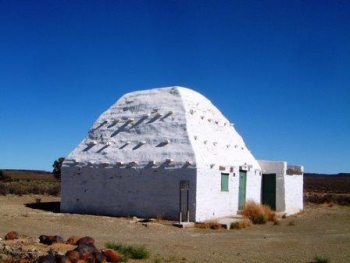 Quaggasfontein Poort translates into 'The pass of the fountain of the Quagga'. No doubt the extinct Quagga once roamed here. It is a minor poort of just 2 km in length and only rises 32 meters in altitude to produce an easy average gradient of 1:63. There is a steeper section right at the southern entrance of the poort at 1:11. This is a gravel road in typical 'farm style' condition, but it is driveable in a normal car and there are no apparent dangers other than the usual gravel road issues of corrugations with the resultant loss of traction. 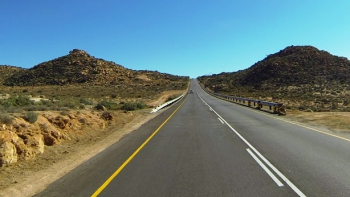 This poort is named after what is considered to be the world's toughest animal - the Honey Badger (Afr. Ratel). So fierce is it's reputation that the South African Defence Force named one of it's armoured vehicles the Ratel. It's possible that badgers were found here in the past, but a more likely scenario is that the land here is considered to be so harsh as to be compared with the 'tough as nails' Ratel. The poort is quite awkward to define, but the Ratelpoort itself is merely the traverese through the obvious nek towards the southern side of the poort over a distinct ridge of east-west running mountains. From there it continues climbing up a northern ridge known as Vrieshoogte (Freezing Heights), to summit between two prominent granite peaks on either side of the road at 913m ASL after 4,3 km. 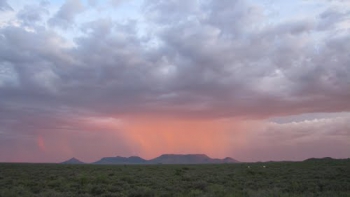 This 4 km poort lies in the Hantam Karoo approximately 40 km north-east of Carnarvon. It functions primarily to link the local farming community and is accessed from the R384 in the south or the R386 in the north. It only rises and falls 22 meters producing an average gradient of 1:178 (easy enough for a child in a pedal car!) with the steepest part being 1:12. There are no apparent dangers in the poort other than animals on the road. Being a poort with several streams feeding it, this poort will be subject to flooding. It is best avoided in those rare circumstances. Once upon a time, rhino's roamed this poort. The rest is sad history.....We've posted a pic on the video cover as a stark reminder of what once was. 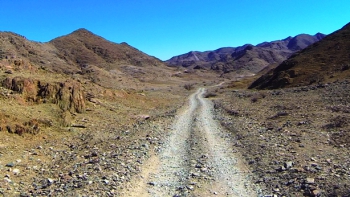 The Richtersberg Pass is a dramatic, but fairly short pass which forms part of the final access road to reach the Richtersberg camp-sites and the Tatasberg chalets. The pass is 2,3 km long and has an altitude variance of 107m, producing an average gradient of 1:21. There is only a single, fairly short technical section, where low range should be used which is at the summit point, where the road is both very steep, as well as rough. The gradient gets as steep as 1:5 at this neck.

The views throughout the pass are magnificent as the road produces a variety of mountain and desert floor perspectives.