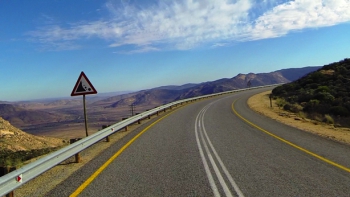 This pass lives up to it's name in every way, as it's long, packed with corners and steep gradients and more importantly it offers spectacular scenery. It connects the capital town of the Northern Cape (Springbok) with the mining town of Kleinzee and carries the road number P0745 which is a clear indicator that this was once a fairly minor road. It now falls under route number R355, which terminates at Kleinzee in the west at the coast. As Kleinzee is an important diamond mining centre, the road has been upgraded to a high quality standard to carry the heavier traffic associated with mining. At 17,5 km it's amongst the longer South African passes and whilst the average gradient pans out at a mild 1:31, there are several steeper sections at 1:8.

Studers Pass is a serious altitude gaining gravel pass located between Garies and the small settlements of Leliesfontein and Paulshoek in Namaqualand. The pass is the gateway to some of the finest wild-flower displays and forms part of a circular tourism route incorporating the best of Namaqualand. It is a pure and backward part of South Africa, mainly untouched by the heavy hand of progress. A place to rejuvenate your spirit.

Although this is a long pass with a big altitude variance, the average gradients are very reasonable and the pass can be driven in most vehicles, providing the weather is fair. As the case with all gravel passes, conditions can change very quickly for the worse during periods of heavy rain. 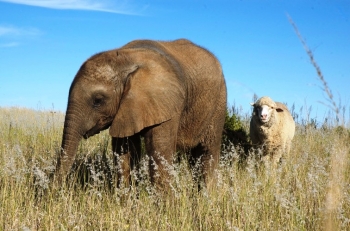 This is an official poort, and is marked as such on the 1:50,000 topographical maps, but it is almost impossible to distinguish the actual poort itself from the surrounding landscape. Unless you have a burning desire to drive every pass in South Africa, give this one a miss! It is far off the beaten track, and has no real redeeming features. The road is in a good condition and can be driven in a normal vehicle, provided that the weather is dry. It had rained in the area on the night before the day on which we filmed this pass (not on the pass itself), and the approach roads were a muddy nightmare. Our 4x4 vehicle coped admirably with the conditions, but it was evident that other vehicles had not been so fortunate, judging by the tracks snaking all over the road. 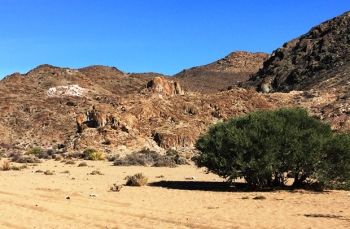 The Richtersveld National Park plays host to six official passes and poorts. The Swartpoort is easily the easiest of the six in terms of terrain and gradient and provides a gentle introduction to this stunning mountain desert with its harsh and rocky landscape, sandy plains and absence of plant life - or so it seems to the first time visitor, but to the more astute observer there is a whole world of succulents that thrive in this dry climate, if you take the trouble to look properly.

The Swartpoort is an easy meander along a sandy plain amongst some mountain ridges which display black coloured rocks, hence the name, Swartpoort. The poort starts soon after entering the national park at the Sendelingdrif main gate. 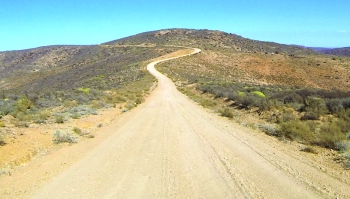 The naming of this long and interesting pass causes plenty of confusion. On the government map it is labelled as Systershoog. This name has been inadvertantly altered by several map sources to read Syfershoog or Syfershoogte. To add to the confusion, it is known locally as the Maermanskloof Pass, the Spoegrivier Pass and the Kharkams Pass. In Namaqualand the manner of word construction is somewhat different to the rest of South Africa and the naming of any word ending in 'heights' is called a 'hoog' as opposed to the more grammatically correct 'hoogte' Thus many names in this region end with the word hoog, which is the correct official name.

This pass is long at 16,2 km and contains 38 bends, corners and curves - some of which are very sharp and have negative banking. The road follows a very different vertical profile to the usual classic pass shape and ends in a steep descent down into the Spoegrivier valley. It connects Kharkams in the east with Spoegrivier in the west and provides an alternative (and much slower) route to Hondeklipbaai. 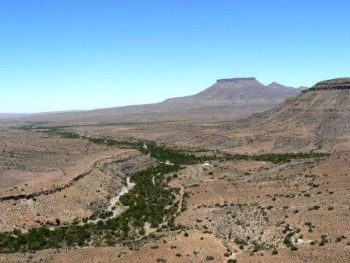 This beautiful and fairly major pass is located right on the border of the Northern and Western Cape between Leeu-Gamka on the N1 in the south and Fraserburg on the R353 in the north. The geology of this pass comprises both the hard weathering sandstone and the much softer mudstone. This latter layer caused many problems on this pass with rockfalls and damage to the road surface. It was completely revamped in 2006 at a cost of R11,2m. The pass is also spelt as Theekloof in the Dutch format as per the official signage. In keeping with the more popular Afrikaans version, the "h" has been dropped. 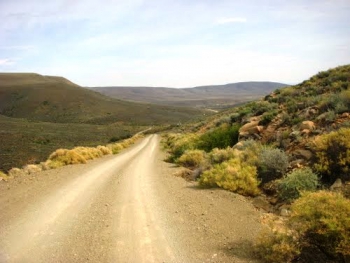 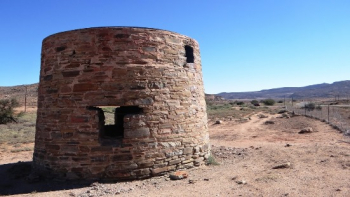 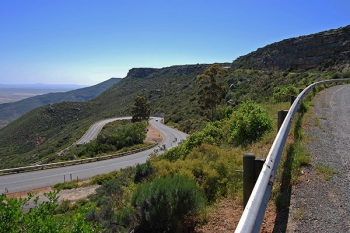 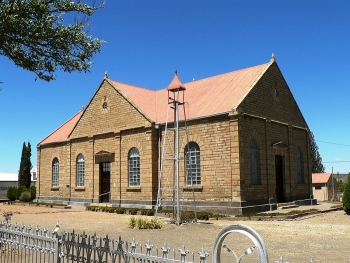 Venterspoort is located near Philipstown, a small town which lies about 50 kilometres north-east of De Aar in the Northern Cape. It is difficult to establish exactly which Venter the poort is named after, as this was a very common surname in the area around about the middle to latter part of the 19th century, which is when the town was established. The actual poort is almost indistinguishable from the surrounding landscape, and unless you know precisely where it is, you would probably miss it altogether when driving on the R48. The tarred road is in a good condition, and should not present any problems other than the normal hazards associated with rural South Africa.