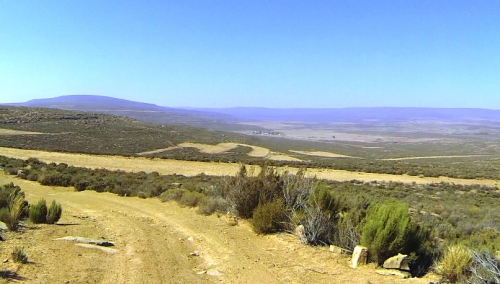 This short and rough pass is surprisingly scenic and requires a high clearance vehicle to drive it. At just 2,1 km it displays an altitude variance of 68m, producing an average gradient of 1:31 but there are several sections that are as steep as 1:6, but these are short-lived. The pass traverses a rocky plateau where the main agricultural activity is sheep farming. The pass forms part of a public servitude road that connects with the R354 just north-west of Middelpos and traverses two big farms along the way - Droekloof and Otterkuil.

At the foot of the pass at a farm gate (which is usually open) there is a large sign, depicting a rifle and a 'Trespassers will be prosecuted / Private Property' message. This board creates the impression that this is a private road, which it is unlikely to be. The farmer  has clearly suffered stock theft in the past and the sign is there to discourage strangers from traversing his farm. This pass is incorrectly marked on some maps as Prinseshoogte.

Getting there: To approach from the west, follow the directions from Calvinia via the Keiskie se Hoogte and Kareehoutrivierpoort. Just after the summit of the latter, continue heading south for 1 km to arrive at a small intersection with a gravel road leading off to the left (east), marked Droekloof at GPS S31.913418 E20.006925. Turn left onto this minor road and drive east for 1,5 km to arrive at a small plateau. This is the western start of Perseshoogte. 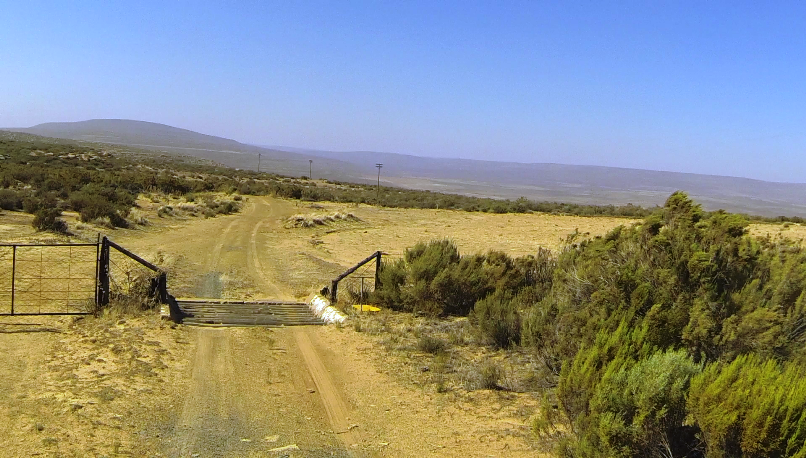 It can also be approached from the south via Middelpos (33km). Instead of turning left at the aforementioned coordinates, it would be a right turn. The rest of the directions remain the same.

For those wanting to approach from the east, head north-east out of Middelpos on the R354 to Calvinia for 1,2 km and turn left (west) at GPS S31.895692 E20.236219. Head west on this farm road for 2,6 km till you arrive at a fork. Take the left hand option and remain on this farm road for 18km, traversing the farms Otterkuil and Droekloof to arrive at the eastern foot of the pass.

We filmed this pass from west to east on a windy and dusty day in late autumn just after a major veld fire had swept through the area. After leaving the main gravel road, the road immediately becomes rougher and slower and after 1 km, the road levels out on a small flat plateau surrounded by strangely eroded rocks. There are often sheep and goats at this spot, so proceed with caution.

The pass begins with a sharp left hand bend and begins descending via  a series of steps, some of them which are quite steep. Be especially careful not to pick up a sidewall puncture as the track is narrow and littered with sharp rocks. 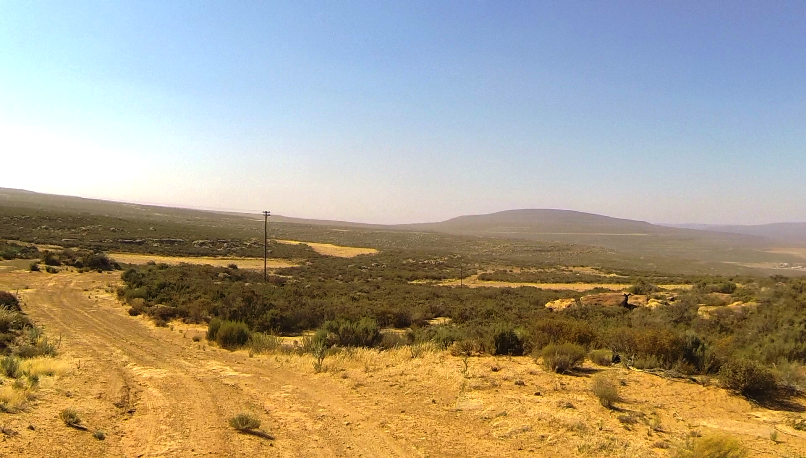 The road drops steeply and passes under a set of telephone wires arriving at a second small, sandy level area. If you want to turn around for any reason, this is a good spot to do so as it is quite difficult to turn around after this point.

The road drops quickly down a set of double 'steps' and crosses a cattle grid at the 433m mark. The gradient levels off considerably after this and enters a gentle S-bend, which swings into a sharp left hand bend at at the 670m mark. The gradient picks up again to reach it's steepest point at 1:14 as the road meanders into the ENE still descending steadily.

At the 960m mark, the road levels off completely ahead of a big right hand bend as the road maintains altitude through a small side ravine and a small stream. With the heading now into the south-east, the road descends once more, but at a very easy gradient and enters a shallow left hand curve, followed by a set of double S-curves.

At the 1,8 km point, there is a more abrupt left hand bend, taking the heading into the north-east. A short level section follows and the end of the pass is reached at the 2,1 km mark at a farm gate, where a prominent (and fairly new) signboard promises a violent confrontation, should you proceed further. This is probably more bark than bite, but we decided to turn around at this point and proceeded to Middelpos the longer way around, by returning to our starting point.

||Click to download: Perseshoogte (Note - this is a .kmz file, which can be opened in Google earth and  most GPS models)

Published in The Northern Cape
Tagged under
More in this category: « Kareehoutrivierpoort (P2272) Kariegakophoogte (P2270) »
back to top