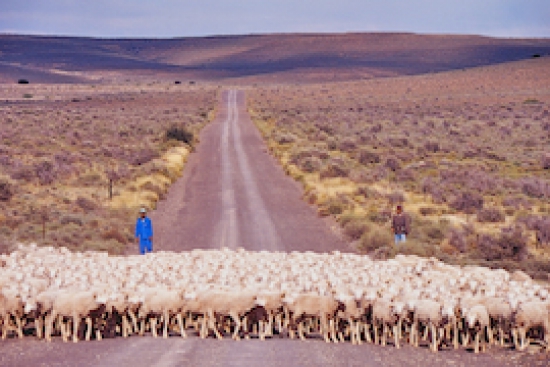 On a minor gravel road between Ceres and Sutherland, this pass caused our team many hours of frustrating research, due to the fact that it appears in the incorrect place on most maps - including some very official ones! When we went to film this pass, we found nothing even vaguely resembling a poort or a pass at the designated place. We finally tracked it down on the 1:50,000 Government maps by accident, whilst scouring for another pass in the area. So finally, we have the Amandelnek Pass pinned down and properly mapped.

We filmed this insignificant little pass during September, 2018.  The altitude gain is minor, as are the bends and distance. There is one farm gate to open and close right at the summit, but if you enjoy going to remote places then at least the scenery here will be appealing in this big and spacious landscape. Every pass has its own story to tell and this one too, leaves one with a sense of peace, with only the sound of birdsong and insects to keep you company once you switch your vehicle's engine off.

The Northern Cape cartographers were a diligent bunch, naming every climb through every neck, no matter how small, with an official name. This pass is a perfect example.

Subscribe for only R425 a year and get full access to our website (936+ mountain passes), including the videos, the full text of all mountain passes articles, fact-file, interactive map, directions and route files.

For those who need to only use the website for a single trip or a short time frame, we now also offer a 6 month convenience subscription at R325.

Published in The Northern Cape
Tagged under
More in this category: Windpoort (R382) »
back to top