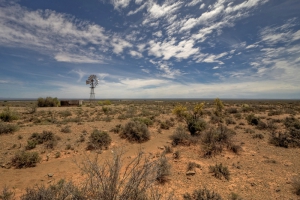 Connecting Port Nolloth with Steinkopf on the N7 near Springbok, this low-altitude tarred poort on the R382 passes through the endless, arid plains and rocky outcrops of the Windpoort farm after which it was named. It is one of three passes and poorts along the R382 with the other two being the Anenous Pass to the east and Gemsbokpoort to the west.

As far as dramatic corners and steep gradients go, this pass has little to offer other than the desolate, dry plains of the Northern Cape's semi-desert known simply as Namaqualand - in itself offering it's own kind of beauty, that not everyone appreciates.