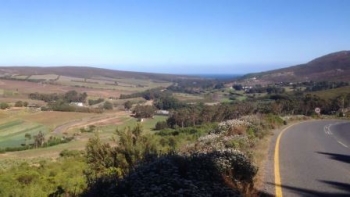 The Hemel en Aarde Pass is a tarred road connecting the coastal town of Hermanus with Caledon via the Hemel en Aarde (Heaven and Earth) Valley - well known for its world class wine estates. The pass is longer than the national average at 8,2 km and it descends 231m to produce an average gradient of a mild 1:35, but there is one specific secrtion where things get decidedly steep at 1:8.

The pass offers access to a number of tourist attractions and is very popular amongst the mountain biking set, so be particularly aware of coming across cylists on this road - especially over weekends and holidays. The scenery is varied and includes open heather and fynbos slopes near the summit to neatly cultivated vineyards along the southern section.

The road had no safety shoulders, so bear this in mind when overtaking cyclists, who must be given 1,5m clearance space by law. 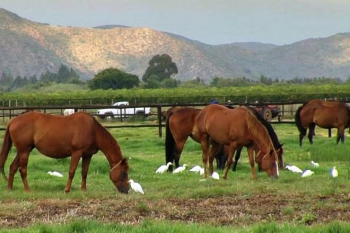 This short and fairly minor pass is located on the tarred R317 south of Bonnievale in the Breede River Valley. It is just under 3km in length and climbs only 45 vertical meters to summit at 179 ASL, producing a gentle average gradient of 1:33 with the steeper bits near the summit being at 1:10. The pass has gentle turns and gradients and parallels the south side of the Breede River to end opposite the Shalom farmstead. 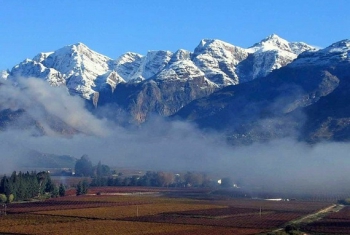 Ranking closely alongside the notorious Kaaimans River Pass as one of the Western Cape's most dangerous passes for trucking accidents, it is not so much the gradient that is problematic, but the long, straight, momentum-gathering descent which leads suddenly into a dangerously sharp, left-hand bend. Thankfully, a substantial crash-barrier prevents out-of-control vehicles from crossing over into the oncoming traffic. A strategically place arrestor bed halfway down the pass has also helped to reduce the dangers of trucks experiencing brake failure. There are so many scars on that crash barrier that it leaves one wondering what story each scar has to tell! 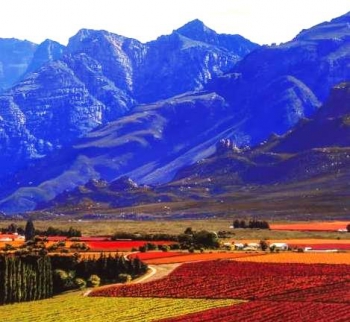 Travelling south, the Hex River Poort follows the Hex River Pass about 8 km towards the southern exit of the Hex River Valley and is a distinctly separate pass to it's northern cousin, with both providing entry and exit routes from then valley.  Many noteworthy and well respected travellers from the 17th and 18th centuries, incorrectly recorded in their travel journals that this was the Hex River Pass. Not that the poort is unworthy of being called an official pass, with its wild and rugged terrain! Twenty years ago, rockfalls and flooding caused endless problems for the roads authorities. Nowadays, the excellently engineered renovation makes for safe and wonderfully scenic, comfortable driving. 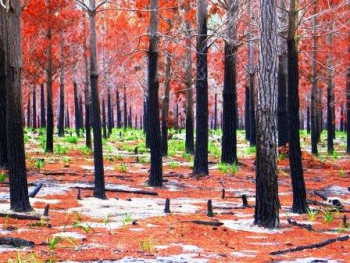 This substantial gravel road pass provides an alternative to the Houw Hoek Pass and paralells it a little further to the south. These days the road is used primarily by the Elgin farming community as well as those interested in hiking and mountain biking. Most of the southern section of the pass falls within the Mount Hebron Nature Reserve. From the summit area access to the Kogelberg Nature Reserve can be gained, where the well known Pedeberg Hiking Trail is located as well as several excellent MTB trails. The pass climbs 384 meters over 12 km to produce an average gradient of 1: 31 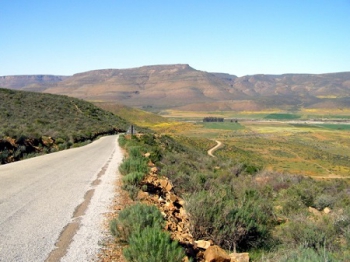 The Hoekwil Pass is a short, steep pass connecting the mountain-top village of Hoekwil with the coastal village of Wilderness. The well designed, tarred road carries a fair amount of traffic and services both the village of Hoekwil, as well as local forestry areas and farms. Views from the pass are quite magical, revealing first the blue waters of the Indian Ocean at Wilderness with its surf-washed white beach, then the valley filled with rivers and lakes. The road has no safety shoulders, so cyclists need to be extra careful along this pass. 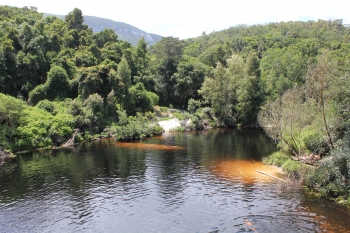 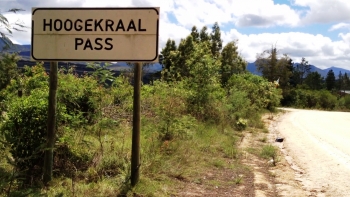 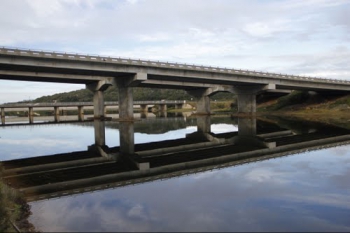 The Hoogte Pass (translated as Heights Pass) lies between the seaside settlement of Groot Brakrivier and George on the tarred N2 highway. This pass is a joy to drive for its smooth surface, perfectly banked curves,  and comfortable gradients. With it's lowest point at just 1m above sea level, it rises to a summit altitude of 202m producing an easy average gradient of 1:37 - It is also known under any of the following name deratives:
Grootbrak Pass
Grootbrakhoogte Pass
Grootbrakrivier Pass
Grootbrakrivierhoogte Pass
Brakrivier Pass
Great Brak Pass
Great Brak River Pass
Small and Great Brak River Cuttings

To add to the confusion, the old pass (R102) also bears any one of the above names. Take your pick!  We have kept things simple and taken the name off the official government 1:50,000 map.