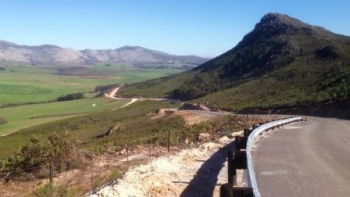 Shaw's Mountain Pass is named after Shaw's Mountain over which it traverses on the R320 route between Caledon in the north and Hermanus in the south. The 6 km long pass descends 185m from a maximum altitude of 282m ASL providing sweeping views of the farming valleys to the south. It contains 15 bends, corners and curves of which only one exceeds 90 degrees.

The pass offers attractive scenery over one of the most beautiful valleys of the Overberg, where proteas, fynbos and wildflowers abound. The pass was completely realigned and rebuilt during 2017 and is perfectly safe for all vehicle types. Note that a lower than normal speed limit of 80 kph applies. 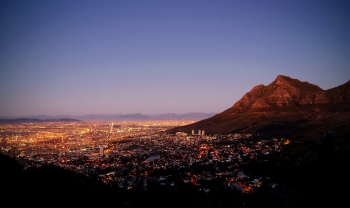 Signal Hill road is an out and back scenic drive/pass that starts at Kloof Nek and climbs very steeply under the eastern flank of Lions Head, to level off along the spine of the ridge. It runs due north providing superb views of the city bowl and further towards False Bay. As the road curls around Lions Rump (Signal Hill) you will experience rapidly changing views of first, the main harbour, then the V&A Waterfront, Green Point with the Cape Town Stadium as its focal point, then Sea Point. Nelson Mandela's incarceration on Robben Island brings back memories of another era in our history. It lies only 3 nautical miles out into the blue waters of Table Bay. 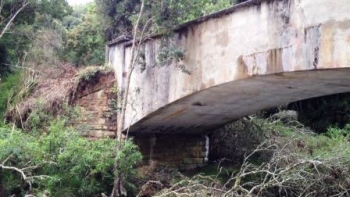 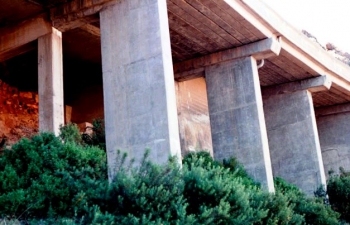 Sir Lowry's Pass was named after Sir Galbraith Lowry Cole, Governor of the Cape in 1828. Today's modern, cantilevered four-lane highway is a far cry from the original pass, which was recklessly dangerous and steep. Prior to the pass being built, all wagon traffic from the Overberg routed through the Franschoek Pass - the preferred route for many years with its kinder gradients for wagons and oxen. 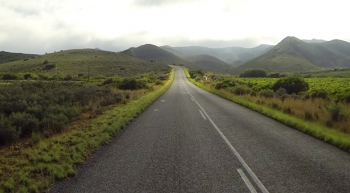 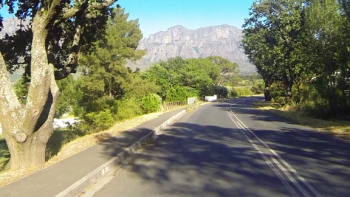 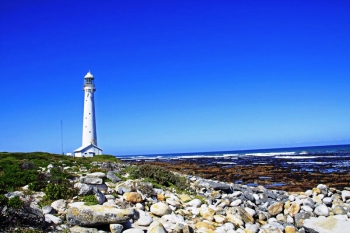 A short, twisty and steep mountain pass that winds up the side of the Slangkop mountain offering sweeping views over the rugged Atlantic coastline with perfect views of the Slangkop Lighthouse. The pass is old and the tarred surface is not as smooth as more modern roads. It climbs 102 metres over 3,58 km producing an average gradient of 1:39 with the steeper sections presenting at 1:14. Since the new shortcut via Ocean View was built, this old road has quickly become one of the Peninsula's roads 'less travelled'. Don't miss out on this one - it's a real gem! 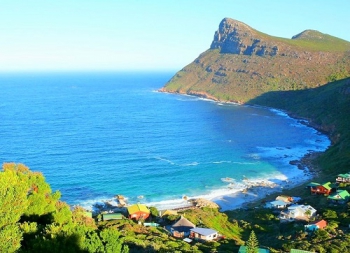 Translated from the Afrikaans to mean 'Blacksmith's Shop', this route delivers the best views when driven from south to north. The pass begins at the crest of the hill just past the turn-off to the Cape Point Reserve at an altitude of 146m ASL, then drops immediately down a 1km fairly straight section (with a gradient of around 1:11) towards a sharp left-hand bend of 90 degrees, where parking is available. The road forms part of a wonderful circular route around the Cape Peninsula and carries a lot of tourist traffic including tour buses 7 days per week. 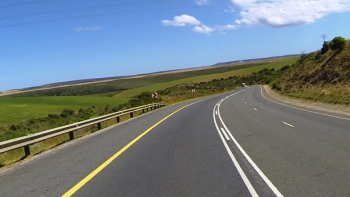 This relatively short pass lies on the N2 between Riversdale and Albertinia and forms the eastern half of the twin Riversdale passes - the western one being the Goukou River Pass. The pass has an altitude variance of a mild 62 metres, but the the climb out on the eastern side is long and steep with a gradient of 1:11. This is a favourite spot for local traffic authorities to do speed checking, so watch the speed limit signs carefully or be prepared to cough up. 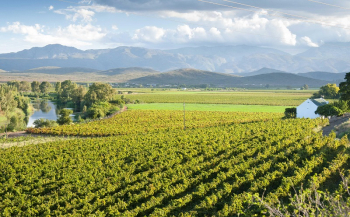 This short little pass winds up a small ridge and more or less follows the course of the Breede River on the outskirts of the dairy farming town of Bonnievale. There are just two easy bends along the 1.6 km length and the total height gain is 28m. Unless you are aware that it's a pass, you would drive over it not being any the wiser, but it is an official pass, duly recorded on the government 1:50,000 maps..

The pass lies on the tarred R317 route that connects Robertson and Bonnievale, the latter town being well known for the Parmalat dairy/cheese factory on the eastern side of town, a major employer in the valley, but Bonnievale also produces a lot of wine. There are a number of excellent wine estates along this route.