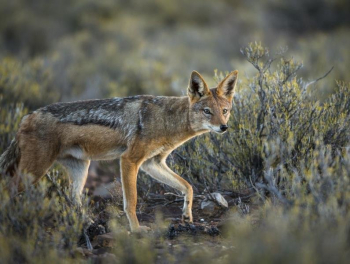 This official pass is so minor that unless you have inserted the waypoints in your GPS, chances are you would drive right over it and not be aware that you have just driven an official pass. It is one of 5 Withoogtes in South Africa, the other four all being in the Northern Cape. The pass has three easy bends and only gains 24m in altitude, producing a gentle average gradient of 1:58 with the steepest parts being at 1:14. It forms part of a long east-west gravel loop that connects the R318 near the summit of the Rooihoogte Pass with the summit of the Ouberg Pass north of Montagu and includes several very minor official passes including Moordenaarshoogte, Koppie se Nek and Tollie se Poort.

There are no serious dangers on this road, but as is the case with all gravel roads, the surface can change rapidly depending on weather conditions. In general terms this is a typical Karoo road in a low rainfall area, so the most common issues are loose gravel on the corners and the inevitable corrugations. Cattle grids occur frequently and it's best to lower your speed to 30 kph for these. 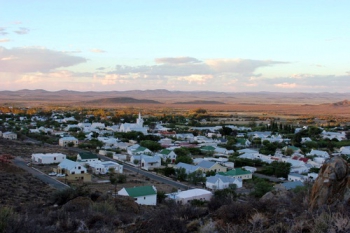 A short and dramatic poort approaching Prince Albert on the tarred R407 from Klaarstroom in the east. This short poort often goes by unnoticed after motorists have traversed either the Swartberg Pass or Meiringspoort (both amongst the most famous of South African passes) and that is quite understandable. If you put the Witkranspoort anywhere else in South Africa, it would get plenty of attention. The poort is the final bit of mountain scenery to drive through before reaching the beautiful Karoo village of Prince Albert. 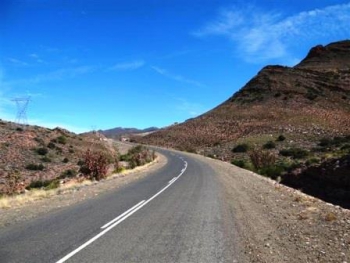 The Witnekke Pass is a tarred pass located on the R323 route between Laingsburg in the north-west and Ladismith in the south-east. It forms one of four passes and poorts along the R323, making for a particularly pleasant drive. The others are the Seweweekspoort, Koueveld Pass and Rooinek Pass. 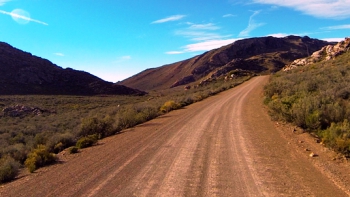 This is a fairly easy gravel traverse through the Witberge in the Karoo via a kloof, offering great Karoo scenery of plains and mountains. It's a road that needs to be driven slowly and offers a 50+ km gravel alternative to the congested and truck laden N1 highway. You can enjoy this pass, as well as the Varsbokkloof and Rooinek passes before arriving back in Laingsburg. The pass is 7,5 km long and has an easy average gradient of just 1:136. 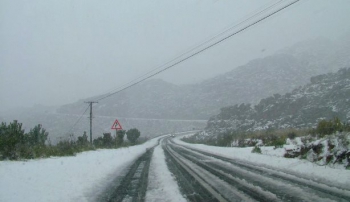 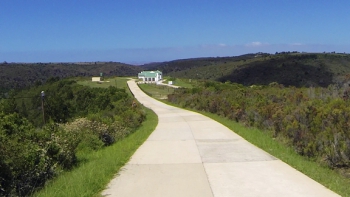 This short drive is no longer open to the general public (as at 2020) and leads to the large Wolwedans Dam, built by the Dept. of Water Affairs as recently as 1990 in the mountains north of the seaside village of Great Brak. The road is a mix of tar (potholed) and concrete and also services a few farms in the area. The last 2 km which traverses the control area of the dam is in excellent condition and despite two very sharp hairpins and fairly steep gradients is a lovely, scenic drive and safe if you comply with the speed limits.

It is possible to gain access to the road, by requesting permission from the dam manager. This would be best done in advance. Don't be disappointed if you are refused entry.