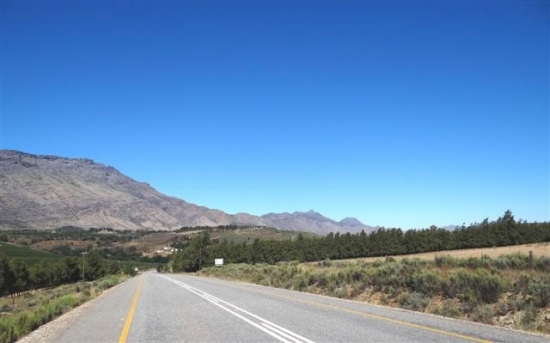 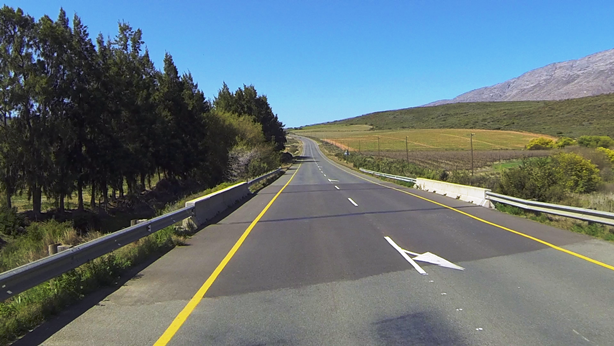 The western start of the pass / Photo: Trygve RobertsDespite the very long name, this pass is interesting in that it is actually the western ascent of the Op de Tradouw Pass - not to be confused with the Thomas Bain designed and built, Tradouw Pass, which is to the south of Barrydale on the R324 and another 25 kms to the east. As you reach the summit of Wildehondskloofhoogte, you immediately start the descent of the Op de Tradouw Pass (also featured on this website).

Technically it should really be one pass, but the idiosyncrasies of the road builders and pass namers, make the rich tapestry of South Africa's history all the more interesting.

The Langeberg (Long mountain) is called such because it runs for 250 km between Worcester and George. Along its foothills lie the towns of Robertson, Montagu, Swellendam, Heidelberg and Riversdale.

There are a number of passes that negotiate the peaks of the Langeberg that include the Cogmanskloof, Garcia's, Tradouw, Gysmanshoek and Cloetes passes. Much of it is nature reserve in the form of the Marloth Nature Reserve, Boosmansbos Wilderness, Grootvadersbosch Nature Reserve and Garcia State Forest. 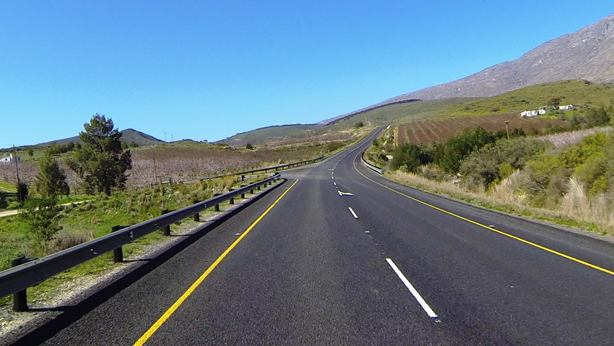 The pass traverses fruit farms and climbs steeply from here / Photo: Trygve RobertsThe ascent is fairly steep and starts at an altitude of 425m ASL. It's a long climb of 11,2 km at an average gradient of 1:37 but some of the sections are as steep as 1:10. Near the top of the pass the Goedgeloofrivier plunges down a lovely waterfall, but unfortunately it's not visible from the road.

The pass is about 30 kms east of Montagu and about 20 kms west of Barrydale on the popular and scenic R62 route. The road is well engineered and both passes have good width safety shoulders and barriers. There are a number of excellent B&B and farm stay establishments in the valley.

Route 62 / Map by Route62-info.co.zaAlso known as the Wine Route, Route 62 leads through the wine-growing areas of Wellington, Tulbagh, Worcester, Robertson and the Klein Karoo and is thus one of the longest wine routes in the world. Activities along Route 62 include wine tours, safari drives, tribal art, cultural tours, museums, hiking, mountain climbing, 4x4 routes, canoeing, horse riding, ostrich riding, fishing, caving, and even skydiving. Route 62 spans a distance of 850 km from Cape Town to Port Elizabeth.

Barrydale's history dates back to the early 18th century when farmers moved into the area looking for fertile arable land with water. The community built their church on a spot where the R62 and R324 roads meet. In the days before the church was built there were a number of nagmaal houses (houses where Holy Communion could be celebrated) and a school, but not much else. The Dutch Reformed Community of Barrydale came into being in 1878 when land was purchased to build the church. 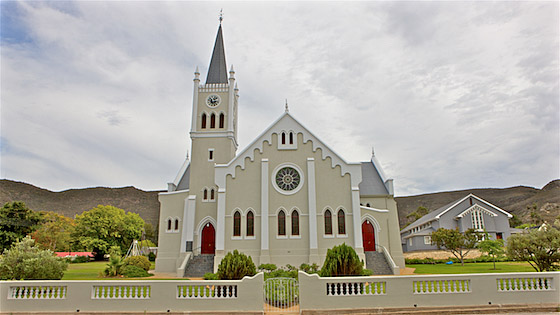 As the farmers in the area were encouraged to plant vineyards and orchards, it was natural that a winery and distillery would eventually be built. In 1940 the Barrydale Koöperatiewe Wynkelder was formed and a distillery established giving rise to the wine industry in the area. Joseph Barry Brandy, produced locally, was voted best brandy in the world in 2003.

Over the years the village grew and eventually a municipality was established in 1921. Today there is an estimated population of ~4100 permanent residents. The population increases dramatically in the tourist season, with visitors drawn by arts and crafts displays including textiles, jewellery and African souveniers.

Barrydale and the surrounding area is rich in species diversity with abundant wildlife such as baboons, genets, mongooses, klipspringer, and rock hyraxes, known locally as dassies (smaller relatives of the elephant). More elusive animals, such as porcupines, aardvarks, jackals, otters and the reclusive leopards, are occasionally seen in the mountains. Reptiles are common, especially snakes, with a few poisonous species such as puff adder, boomslang (tree snake) and Cape cobra.

The area is also home to numerous bird species such as the Cape eagle-owl, hadeda ibis, grey heron, sunbird, fiscal shrike which impales its prey on acacia thorns or barbed wire, and black eagles often seen soaring high overhead on the thermals.

The area has many rare plant species, notably the fynbos flora on the slopes of the Langeberg mountain range in the south, and succulent-dominated Karroid flora to the north. There are many private and state reserves in the area such as the Grootvadersbosch Nature Reserve.

||Click to download: Wildehondskloofhoogte (Note - This is a .kmz file which can be opened in Google Earth and most GPS software systems)

Published in The Western Cape
Tagged under
More in this category: « Paardekop Pass (R340) Op de Tradouw Pass (R62) »
back to top