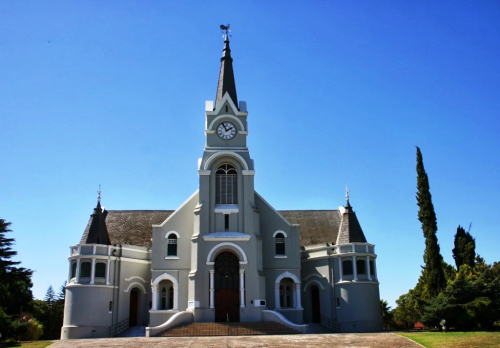 Getting there: To approach from the west (as we have produced it), drive east from Swellendam along the N2 for 44 km to arrive at a 4 way intersection at the bottom of a long hill at GPS S34.115827 E20.843694. Turn left (north) here and drive for 3.6 km (remaining on the tarred road) to arrive at the western start of the pass.

To approach from the east, start at Heidelberg on Voortrekker Street and head WNW (R322) for 5 km where you will arrive at an intersection with a road leading away to the left (west) at GPS S34.073277 E20.908684. Turn left here which is also the eastern starting point of the pass.

Pass Description: Starting in the west, the road climbs steadily, but at an easy gradient to quickly reach the 239m high summit point after 1.3 km. As the road follows the spine of a long ridge, the views are excellent on both sides of the road with green fields and rolling hills dotted with sheep and cattle on view and the Langeberg range keeping guard to the north. 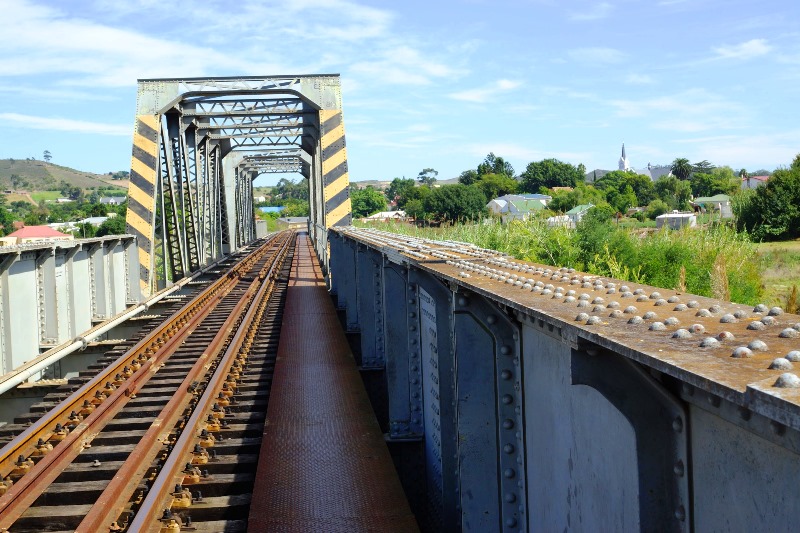 After the summit point there is an undulating section consisting of three 'steps' as altitude is lost reaching a lower point at the 2.5 km mark. After this there is a short climb where a false summit is reached at the 3 km mark.

One of the interesting features of this pass and the area immediately to its south, is that there is a large farm named Hooikraal which has borders which form a complete circle. This is a most unusual fact, not encountered anywhere else in South Africa to the best of our knowledge.

Hooikraal - Is this the only circular farm in SA? / Image: MPSA One of our subscribers, Keith Pickersgill sent us the following: "The Hooikraal farm's circular boundary, might be as a result of a story my great-grandmother told us, that there was a time that a man could claim as much land as he could circumnavigate on a single horse in one day, from sunrise to sunset, which frequently led to unusual boundaries, either following rivers or crossing many rivers and streams en-route for refreshment for the rider and his steed, reducing his need to carry much provisions, and ensuring adequate capability to irrigate the land in future."

The original title deeds of the farm of Hooikraal 304 were registered on 13 April 1820. However, the circular borders of the farm relate to the practise of granting the farmer the land he could reach on horse back from a central point. Loan tenure was introduced into the Overberg in 1723 and quitrent tenure was introduced in 1732. It is more than likely that the farm Hooikraal dates to the mid-18th century.

From the summit it is a long descent which gets steeper the further east that you progress. The last 1.5 km traverses the Uitspanskraal farm where you might come across slow moving farm vehicles. Both sides of the road are lined by tall trees as the road bends gently to the left and crosses the Doringrivier, where the pass ends at a T-junction at the 6.3 km mark at an altitude of 121m ASL

Turn right to go to Heidelberg (5 km) or turn left on the R322 which will get you to Suurbraak and Swellendam via Moodies Pass.

History: Set in a prosperous farming district, its population numbers fewer than 7000 people. It is one of two towns in South Africa that bears the name, the other being in Gauteng Province. Heidelberg, Cape is named after the ancient German university city which played a major role in Reformist church history.

In 1716, Louis Fourie obtained grazing rights from Governor van der Stel and he settled alongside the Duivenhoks River. This is where he later constructed the Doornboom Homestead - registered in 1728 - and the Doornboom Farm was established.

The area was initially part of the greater Riversdale district until the Riversdale Dutch Reformed church council in 1855 bought a portion of the farm Doornboom on which to lay out the town when a new Dutch Reformed congregation was created for the farmers between Swellendam and Riversdale.

The town grew around the church and it was named in honour of the German town, Heidelberg, because of the Heidelberg catechism that was practiced in the church.

In 1903 Heidelberg became part of the railway network and became an important transport link for the wool, wheat, fruit, and tobacco industries of the area. The river, the Duivenhoks (Dovecote), was named by an explorer, Isaq Schrijver, who observed a lot of doves where the river flows into the Indian Ocean, at a place called Puntjie.

||Click to download: Daneelshoogte (Note - This is a .kmz file which can be opened in Google earth and most GPS software systems)

Published in The Western Cape
Tagged under
More in this category: « Rooikranspoort (R341) Sondagsnek (R317) »
back to top