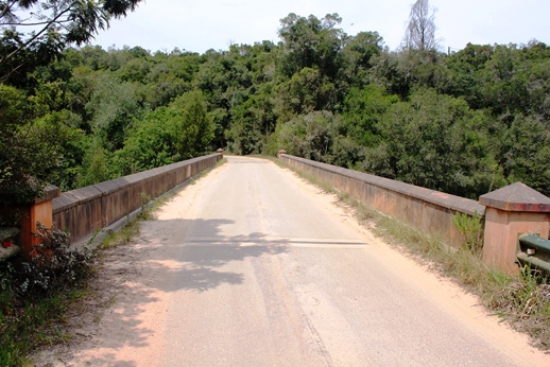 
[Video cover photo by De an]

Getting there: This pass can be accessed from george, Sedgefield, Knysna or Wilderness at various points that connect the 7 Passes Road with the N2.

Master road builder and engineer, Thomas Bain, took on the project of building a proper road between George and Knysna in 1867, which would include traversing 10 rivers and 7 gorges and would cover a distance of 75 kms. Bain started at the Knysna end and left his brother in law, Adam de Smidt, to deal with the George side of the route.

Karatara village circa 2014. The picture tells the story / Photo: Panoramio The pair disagreed vehemently about the routing of the road, which led to bitter acrimony and a lifelong "no speak" scenario. The road served as the main route between the two growing towns for 70 years, before the new national road (N2) was opened in 1952.

Watch out for small antelope and baboons. Keep a look out for mountain bikers who frequent this road. Speed limit is 60 kph. The pass is gravel and not always in great condition, so take it easy. It takes 5 minutes to drive the pass, excluding stops. It is suitable for most vehicles.

The little village of Karatara, perched quietly atop the plateau just north of Sedgefield, carries the wistful whisper of the woodcutters' 1939 dispossession. The government, without notice, withdrew their woodcutting permits, ostensibly to protect the total eradication of the indigenous forests, and pensioned off the suddenly jobless, homeless woodcutters to this remote settlement, where their descendents have remained. 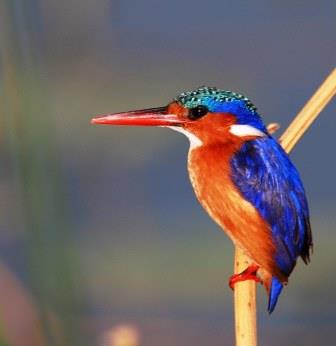 Malachite Kingfisher is frequently seen near the rivers of the 7 Passes It has the distinct air of a forgotten generation and a certain sadness tinged with poverty pervades the atmosphere.  Heirloom-tales abound about how this perceived banishment broke hearts and spirits, but the smiles on the locals say that 'time heals'! A similar fate struck the Italian silk farmers of Gouna, whose heartrendingly magical tale is woven into the naming of another Seven Passes pass, Phantom Pass.

Why not visit the Big Tree at Woodville which is 800 years old and enjoy a short 30 minute circular route through beautiful indigenous forests.

For ease of use, we have hyperlinked all the passes on this route. Hop to any pass by clicking on the relevant blue hyperlink.

There is some confusion in respect of which the 7 Passes officially are. Research shows that there are in fact 8 passes: Starting from George in the West, they are:

Some references don't acknowledge the Swartrivier Pass and others dont recognize the Silver River as a pass. The most common version is that the Silver River pass is technically part of the Kaaimansgat Pass. Early references show the Swartrivier Pass to have been very challenging for ox-wagons, but the new modern tarred road almost leaves one with a sense that there is no pass there at all. A special note on all the gravel passes on this famous route is that the approach, bridge and bridge exit are all tarred, albeit only for less than 100m in most cases.

||Click to download: Karatara Pass (Note - This is a .kmz file which can be opened in Google Earth and most GPS software systems)