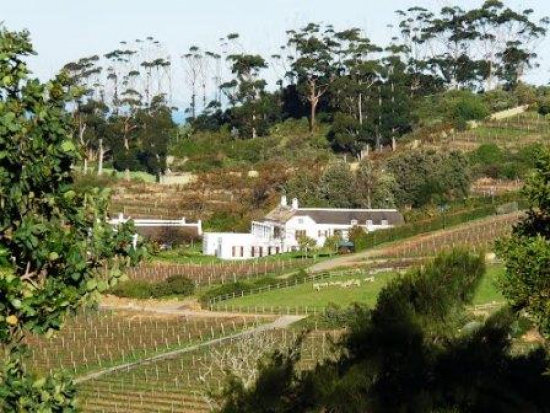 This fairly long suburban pass links Hout Bay in the west with Constantia on the eastern side of the Cape Peninsula. It traverses some of the most beautiful woodlands in the Cape and passes many exclusive wine and equine estates. It is smack-bang on the main tourist route and carries heavy traffic. There are no safety shoulders on the road, making it dangerous for cyclists and pedestrians. At the summit at Constantia Nek there are some historical buildings and a timeless restaurant considered to be the oldest restaurant in South Africa.


FULL-SCREEN MODE: Click PLAY, then pass your mouse over the bottom right corner of the video screen. The outline of a square will appear. Clicking on it will toggle Full Screen Mode. Press ESC to return to the original format.

"Clooff Pas" was the name Jan Van Riebeeck gave Constantia Nek when he crossed it on 23rd March 1657. He considered that it would be difficult to fortify against the Hottentots because of it's width. At that time the Dutch settlers were having a tough time with marauding bands of Hottentots. Two years later, on 7th March 1659, Van Riebeeck actually sent eleven men to hold the pass for a few days against a threatened Hottentot incursion. 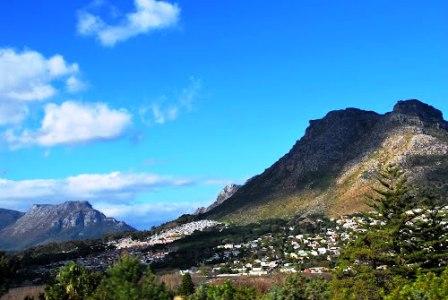 View to the south-east on the ascent through Hout Bay / Photo: Aaron HouseknightThe Nek became the connecting link between Hout Bay and the settlement at the castle and at Woodstock beach.  A rudimentary road was built and when it was discovered that there was a better source of timber than the Kirstenbosch area, viz that of the "Hout Bay Valley", Simon van der Stel ordered that the road be widened and improved in 1679.

By 1787 the road reached as far as the Kronendal farm, but further than that the road was broken up with deep excavations as part of the French defensive lines against British attack. The road was dug up and an earthen fort was erected, the remains of which can still be seen not far from Constantia Nek Restaurant.

The fort was named the Conway Redoubt, after Colonel Thomas Conway, an Irishman who commanded the Pondicherry Regiment at the Cape. Here the French troops waited for the attack that never came. A signaling station was also set up at Constantia Nek to give warning of ships entering Hout Bay. The peak behind the restaurant now called Vlakkenberg, was originally called Vlagenberg (Flag Mountain). 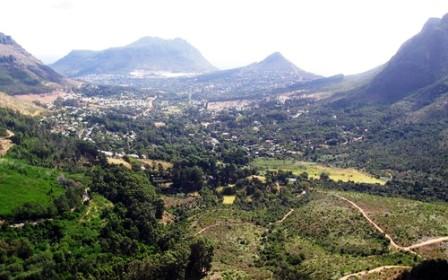 The summit of the neck was an obvious resting point on the road to Hout Bay and as early as 1811 the land was leased, probably to furnish sustenance to travelers. The land changed hands a number of times till April 1923, when Sydney Vincent Halls became the owner and the property was sub-devided. Halls set up a farm stall in the Nek and a couple of years later he built the present "Candle Room" in which teas were served. In due course it was extended into the present sumptuous restaurant. (History courtesy of Jose Burman)

Development of the road was low on the priority list and although some alterations were made through the years, the most noticeable being in 1804, the traffic had increased sufficiently that in 1933 the road was extended to the Hout Bay Hotel.

Starting in the Hout Bay Valley amongst the many farms supporting equestrian activities, the road (which is designated the M63) starts climbing gradually at first as it sweeps under shady oak trees towards Constantia Nek. 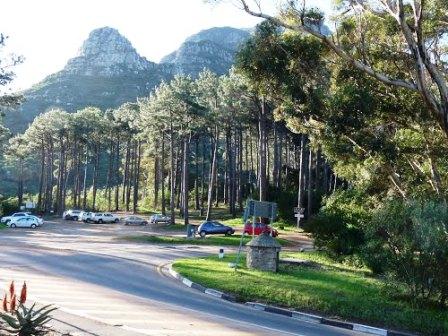 Constantia Nek intersection looking west / Photo by AAMUL Some of the buildings along the road are very old and encroach right up to the roadway in places. There are unfortunately hardly any safe places to stop along the ascent or descent, so make the most of the available parking at the neck.

The road enters a tight S-bend, then begins climbing in earnest with a gradient of 1:6. There are glimpses of verdant fields and tall pines backed by the sheer enormity of the Back Table and the densely wooded Orange Kloof to your left. After the S-bend, the road straightens out and heads directly up to Constantia Nek. There is always activity at the neck, ranging from food stalls, to craft markets, fun runs, or cycle races. It is also one of the main access points for hikers onto the Back Table and Eagles Nest. Another road leads off to the left at the circle - this is Rhodes Drive, which we have covered elsewhere on this website. The restaurant occupies the right hand side of the nek. It is always advisable to book if you intend eating there. 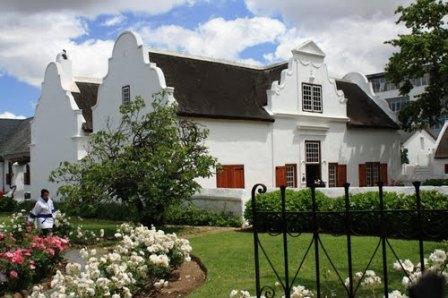 Groot Constantia. One of the oldest wine farms in South Africa. A must visit whilst in Cape Town. / Photo by GrootConstantia.co.za

The road (M63) changes labels at the neck and becomes the M41, as it descends rapidly down a staright 800 meter stretch, before entering a series of bends through some beautiful wine farms. The vegetation on the descent is lush due to the considerably higher rainfall on the eastern side of the peninsula. Watch out for the many concealed driveways along the lower half of the descent. After 4 km, the road starts levelling off and ends at the turn off to the regions most famous winery - Groot Constantia.

Groot Constantia’s revered history tells us how a man’s love of wine established the first wine farm in South Africa. By going back 330 years, we come to understand how 891 morgen of land created the origins of the South African wine industry, and how every owner thereafter contributed to what we know as Groot Constantia today. Simon van der Stel arrived at the Cape supply station in 1679.  Estranged from his wife he arrived in the company of his children and sister-in-law, Cornelia Six.  Back in the Netherlands Van der Stel had gained a solid background in viticulture at his vineyards in Muiderbergh.  There he learnt the art of wine and brandy making which he was soon to implement here in the Cape.