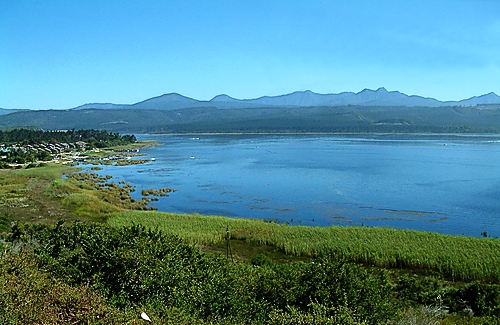 Getting there: Head east out of Wilderness on the N2 for 13 km to arrive at the western start of the pass.

The pass starts at the crest of a long undulating climb adjacent to the guest farm Eagles Nest and a furniture showroom. The descents is fairly easy initially as the pass negotiates an easy S-bend. After 750m a sharper left hand bend initiates the more serious part of the descent. This part of the Garden Route is richly forested and both sides of the road are covered in dense planations, but the altitude does allow some lovely views of the dark waters of the lake from time to time. 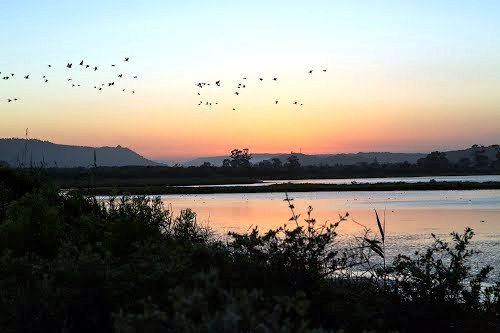 Sunrise over the Swartvlei estuary / Photo: Troy GoldieAfter the left hand bend the road straightens out and the gradient also eases off. Towards the end of this straight section there is an intersection formed by a T-junction which joins the N2 from Pine Lake Marina on the left (north).

This intersection has been the scene of several serious accidents over the years. Slow down and be wary of traffic joining n unexpectedly from the left. More often than not, there will be a traffic officer stationed shortly after this intersection, keeping an eye on traffic behaviour.

Approximately 500m after the intersection, there is a large and well maintained view-site and picnic area on the left - available only to east-bound traffic. This view-site offers perfect views over the Swartvlei lake, its estuary and the green forested mountains in the background. It is also quite a noisy spot with all the traffic on the N2 very close by.

The lakes of the Garden Route include Groenvlei, Swartvlei, Rondevlei, Bo-Langvlei and Island Lake. Except for Groenvlei a little further to the east, all the other lakes are interconnected by natural rivers. Groenvlei is the execption, being the only lake tyat is fresh water and is not fed by a river, but by an undergound spring. 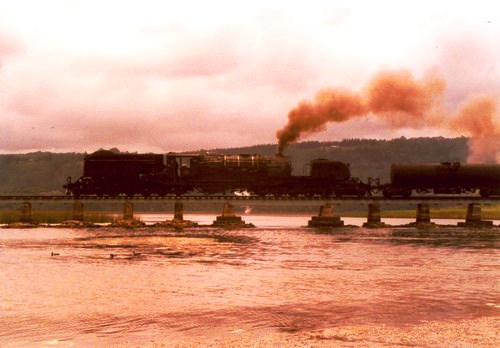 A steam train plies the tracks over the Swartvlei estuary / Photo: Colin SummersgillAnother easy left hand bend follows after the view site with a short sharp descent, providing a long range view of the N2 as it heads for Sedgefield in the far distance via the bridge over the estuary.

As the road levels off, there is another dangerous intersection on the right, which leads to one of the most unusual golf courses in South Africa, as well as being the access road to the Swartvlei beach. This road, which is a terrible condition, is guarded at the start by a cattle grid. It carries very low traffic volumes and presents less of a danger than the previous intersection, but drivers should be on the lookout for vehicles turning right onto the N2 across the face of the traffic.

Sandwiched between the N2 and the lake is the old railway line, and not too long ago (2000) steam trians used toply the route between George and Knysna twice a day, thrilling holiday makers and providing goods transportation for mainly logging companies. The track was severely damaged in devastating floods in 2000, which renedered the railway line uneconimical to repair and ithas been allowed to become totally defunct. This superb tourist attraction was a major blow to tourism in the area, when the service was discontinued.

The pass has reasonably wide safety shoulders for most of its length including the section over the bridge itself. The final kilometre to the bridge has a neutral gradient and the pass ends at the bridge. It's only 2 km from the bridge into Sedgefield where most amenities are available.

Regular speed trapping per camera takes place in Sedgefield, so make a note that your speed should not exceed 60 kph.

||Click to download: Swartvleihoogte   (Note - This is a .kmz file which can be opened in Google earth and most GPS software systems)

Published in The Western Cape
Tagged under
More in this category: « Gwaing River Pass (N2) Goukamma Pass (N2) »
back to top