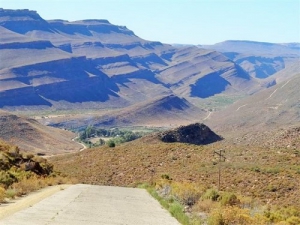 The Kouberg Pass (translated 'Chew Mountain' or possibly an abbreviation to mean 'Cold Mountain') is a short, but steep pass on a minor gravel road which takes vehicles down to the Moravian settlement of Wupperthal in the central Cederberg area. The road is quite narrow in places and very steep on the concrete sections. A lower gear should be engaged to make use of engine compression to save on brakes overheating. 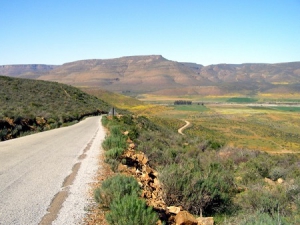