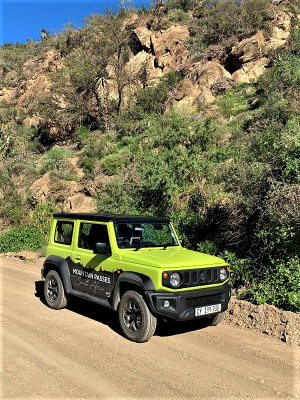 * A bad week for our country

At MPSA one of our daily goals is to remain resolutely positive, avoiding politics like the plague, but the avalanche of bad news that has swamped social media platforms this week has been unprecedented. A time when level headed people are looking at the chaos and destruction with utter dismay. Besides the current lockdown which affects our ability to run tours, we now have a bigger monster to deal with - FEAR.

There is widespread fear. People making big ticket item purchases are cancelling orders. Many want to run, but the reality is that in a week or two, all this will calm down. Businesses will begin cleaning up and rebuilding. There have been several interesting scenarios that have come to light. Businessmen, residents, neighbourhood watches, private security companies and (lo and behold) taxi organisations have banded together to help the police and SANDF. There seems to be a new level of bonding that is emerging from the ashes. People who are very determined to keep South Africa alive. We are watching with keen interest. Perhaps this is what was needed as a catalyst for us all to learn hold hands regardless of race, creed or colour.

Rooiberg Lodge served us breakfast in bed! What a treat. By 0830 we had the Jimny packed and ready to hit the gravel. The nice thing about taking the Jimny (instead of the Land Cruiser) is that luggage must by necessity limited to what can be packed inside the little beast. It takes roughly one and a half  minutes to pack the vehicle or unpack it. Less is more!

It was Monday 5th July with a blue sky day and cold crisp air making for great photography and videography. We left Rooiberg Lodge and went back over the Assegaaibosch Pass, heading east towards the Rooiberg Pass. A few kilometres east of the Assegaaibosch Pass there is a small fork in the road. We turned right here on this long gravel road (the DR1649) which meanders through some of the most beautiful Klein Karoo landscapes and terminates near Armoed, not far from the R328 close to Oudtshoorn.

Our goal was to take a short-cut to the Robinson Pass which needed our attention to refurbish the summit sign. Instead of a short cut, we uncovered four hidden passes along this road, some of which we have already published. The weather was great and the Klein Karoo was smiling on us. Here's a tip for all you adventure travellers: Drive these routes in winter or early spring. The flowers and especially the aloes are a sight to behold. You have the additional benefit of not being too hot in your vehicle as most of the winter days are clear and sunny. Driving here in summer is another story altogether where 35C temperatures are a regular thing.

The first of the passes for filming was the Uitspan Pass which drops down to cross the Gouritz River over a low level concrete causeway and ascends up the other side of the valley. The name is appropriate enough as it traverses the Uitspan farm. Shortly after completing this pass, the next one makes an appearance - namely the Kleinfontein Pass. What is interesting about this pass is that is actually both a pass and a poort. We filmed it as two separate routes, having to drive the passes first, then turn around to face west, as the sun had already gone past noon causing poor light. Fortunately both are fairly short. Having to drive a pass three times to get good video is quite normal.

Some 20 km further we filmed the fourth pass on this route - the Perdebont Pass, where after we emerged onto a tar road at Armoed. Near the end of this gravel section, we passed a massive quarry with many large trucks plying back and forth, causing dangerous dust levels and very poor visibility. All credit to the drivers, each and every one of them stopped their trucks to allow us to pass safely. I was impressed. Fortunately the distance from the quarry to the tar road was fairly short. We turned right and routed south for 9 km to connect with the R328, where we turned right once more, heading for the beautiful and historic Robinson Pass.