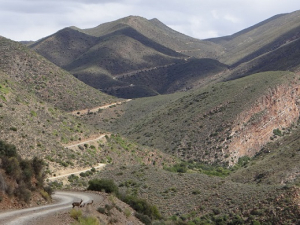 We've had a few Covid related cancellations for our tours but all the tickets have already been taken up by new clients.

For those waiting for our winter schedule, we are working on it and will soon be publishing the new tours.

As we are steadily making progress revamping the 54 pass summit information boards that we inherited when we took over Cape Mountain Passes, the level of vandalism on some of them (especially along the more popular tourist routes) is appalling. There are levels of vandalism that we now categorize for the sign boards:

1. Wilful damage to the sign which include bullet holes, vehicles being rammed into the signs, and rocks thrown at the signs.

2. Names and messages that are scratched into the brown painted background with any available sharp object. 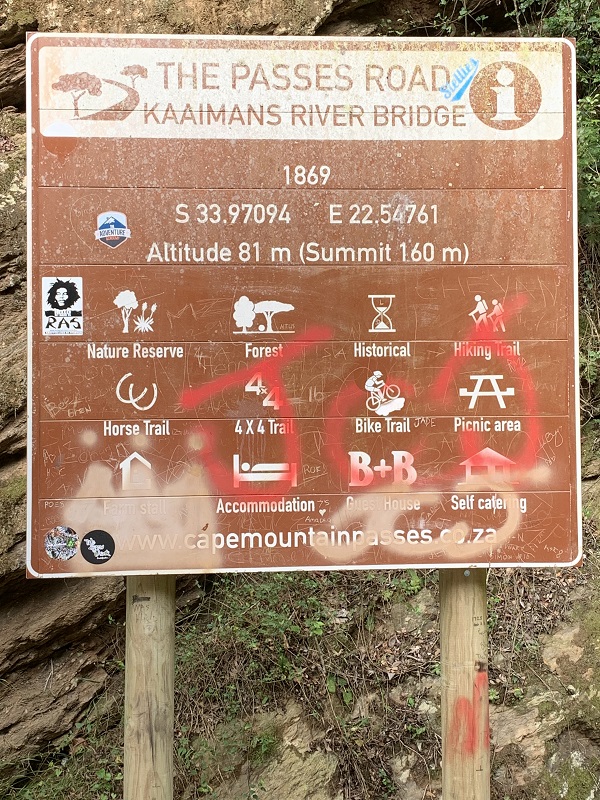 A good example of one of our information boards that has been vandalized / Photo: Trygve Roberts

We have been actively appealing to all the motorcycle groups to have a rethink about their sub-culture of leaving a mark on everything. (This started in the USA and is now universally entrenched in biker culture) The campaign is starting to bear fruit, but there are still bikers who feel it is their right to put stickers wherever they want. One such motorcycle group is Proudly Meerkat, where the founder/owner/chairman is actively encouraging his members to add new stickers to our signs as fast as we remove them. It is extraordinary to come across people with this level of mindset.

Our appeal to all our members, is to remove as many stickers as you can, from any road-sign, regardless whether it is a state sign or one of ours. We are trying to create a culture of masikhane and to make South Africa a more beautiful place for all tourists (both local and foreign).

The drive out to Trennerys was via Willowvale, then south west over the Kobonqaba Pass and on to the village of Kentane. This village was the scene of a number of skirmishes between the British forces and the Xhosa. The De Villiers Bridge at the lowest point on the pass withstood an impressive flood level of over 10m during the 1970 flood, where its safety railings were bent horizontal by the raging floodwaters. It is still like that today.