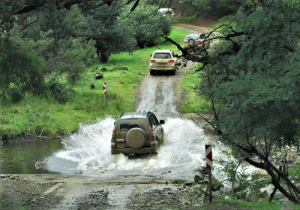 * Affected areas along the Wild Coast

There is still one ticket left for the Swartberg Classic Tour in July.

Use the links above to review the itineraries and pricing.

A massive amount of damage and a tragic loss of life (mainly in the KZN coastal region) marks another dark period for the beleaguered province, but in the true South African spirit, communities are standing together and helping out with beach clean ups and other damage. Some areas are still without water and electricity. There has been criticism in the media and on social media as to how government have been slow/inept in responding to the disaster.

Further down the south coast, the damage was less, but the entire section down to East London, also received lots of rain with numerous reports of flood damage. With our Wild Coast Tours coming up in less than 2 weeks' time, we made a series of phone calls to the various venues we use to establish if roads, water, sanitation and electricity supply was intact.

Everyone is working flat out to ensure full services are in place. We might have to come up with some alternative routes to our usual ones, should there be significant flood damage to roads and/or bridges. It certainly adds some additional excitement to the tour! We will do our best to report on conditions via these newsletters (we will be in the Wild Coast for 24 days in total), as well as via our social media pages.