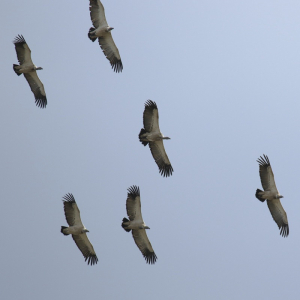 It's something of a relief that Covid-19, which has completely dominated and saturated most media platforms for the last two years, (to the point of irritating absurdity) is finally on the wane - and fast too. In many (civilized) countries around the world, Covid has been officially declared pandemic non-grata - no more masks; no more PCR tests, no more proof of vaccinations. Poof! Just like that. It makes one wonder?

However, the Russian story now dominating the world press is quite scary and suddenly South Africa seems to be one of the safest places in the world. The irony!

We are leaving this morning on our 5th Ben 10 Eco Challenge official tour. Looking at the weather forecast for the area, we are going to be doing some slipping & sliding. The Ben 10 never fails to attract adventurers and this year is no exception with the tour being fully booked. We have amended the routes and have taken advantage of the reopening of the Rhodes Hotel which allows us to spend two nights there, thereby shortening the distances considerably. We will provide a blow by blow account of all the action in the weeks to follow.

We still have two places available on the Wild Coast Tours in May as well as two places on the Swartberg Tour in July. Use the links below to review the itineraries and pricing:

The Ben 10 Story - Evolution of a concept.

2016 - Whilst planning the filming of the big high altitude passes in the Eastern Cape Highlands in 2015, we were approached by one of the partners of Tiffindell, Lew Campbell. He wanted to attract more visitors to the ski resort and invited us to film the rugged two spoor track up to the summit. At that stage it had no name, but the summit peak bore the name of Ben MacDhui - originally named after a peak in the Scottish Highlands. The obvious choice of name had to be the Ben MacDhui Pass.

We formulated an agreement that if the pass was to be indexed into the MPSA database, that the public would be allowed free access to the pass, subject to each guest signing an indemnity form, but no access would be allowed during the prime snow season (June to August) as the track ran across the ski slope. Later Tiffindell bulldozed a separate track that allowed access to the pass without having to cross the ski slope.