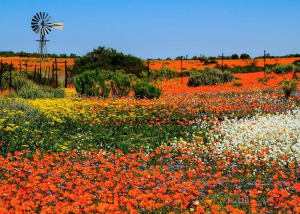 We are closing bookings this Friday (6th August), so why not grab the opportunity and join us on this fabulous tour which offers a smorgasbord of interesting experiences. We will be driving the historical and technically challenging Zuurberg Pass on the first day, where the views will blow your mind. An entire day is dedicated to touring around the Addo Elephant National Park, but this takes place in your own time and pace, but we remain in radio contact throughout to share the best game viewing opportunities. The highlight of this tour is the Bedrogfontein 4x4 route, which is all within the extensions of the Addo National Park. The history of this route is incredible and we will see old abandoned ox-wagons and other artefacts from the second Anglo Boer War.

The Bedrogfontein 4x4 trail between the Kabouga and Darlington areas of the Addo Elephant National Park provides breath-taking views and is rich in history. This route was the scene of fierce battles between the British and Boer troops during the Anglo-Boer war. We will visit the cottage where Jan Smuts and his soldiers stayed and where he was in a coma after eating cycad seeds. Rock art paintings are found scattered throughout the area.

The route traverses through a variety of vegetation types, from riverine thicket, to afromontane forest, to fynbos on the peaks and into the arid Nama-Karoo of the Darlington area. This is strictly a 4x4 route and requires a vehicle with good ground clearance and low range. Bedrogfontein translates into Fraud Fountain and refers to a stream that disappears underground only to reappear some kilometres later. The route may only be driven from east to west and takes between 5 and 6 hours excluding stops and any side diversions. It is rated Grade 1 through to 3 and is suitable for intermediate and experienced drivers.

The Addo Elephant National Park (AENP) was proclaimed in 1931 to protect the remaining 11 Addo elephant. The great herds of elephant and other animal species had been all but decimated by hunters over the 1700s and 1800s. In the late 1800s, farmers began to colonise the area around the park, also taking their toll on the elephant population due to competition for water and crops. This conflict reached a head in 1919 when farmers called on the government to exterminate the elephants. The government even appointed a Major Pretorius to shoot the remaining elephants - He killed 114 elephant between 1919 and 1920.