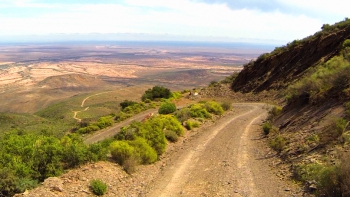 We uncover some of the finest pass gems in the most remote and unlikely places. This week we introduce you to another pass close to the border of the Western and Northern Cape, that very few people know about. It's remote, gravel, steep and rough and offers uncredible views for the adventure traveller.

We will soon be introducing a new item into our online shop which will be VHF radio rental. These VHF radio sets offer crystal clear FM quality reception and are ideal for groups travelling together to be able to talk to one another without having to worry about cellphone reception. This service is available in the Western Cape only. If anyone is interested, the cost of hiring a set will be R 250 per day. Get hold of us via the CONTACT page on this website. 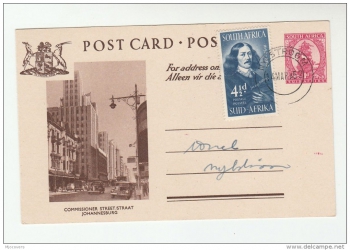 This week, we invite you to travel to Limpopo Province with us as we explore a small, but interesting pass. In the 1860s, a group of Voortrekkers called the “Jerusalem Trekkers” set off to journey to the Holy Land. After coming upon a wide river flowing northwards, they consulted the maps at the back of their Bibles and decided that it was the source of the Nile River. They settled a town, and called it Nylstroom (Nile Stream).

They then discovered what they believed to be a ruined pyramid close by, and were even more convinced that they had reached Egypt. This was in fact a natural hillock, known to the locals as Modimolle, which is a Tswana word meaning “God has eaten”. After being named Nylstroom since its inception in 1866, the name of the town was changed to Modimolle in 2002. Our featured pass this week lies close to this delightful sliver of South African history.

[To access the page link, expand this page, by clicking the photo, the title or the green READ MORE button] 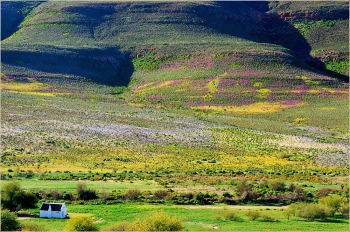 Thanks to the support of our readers we are proud to announce our readership surpassed the 60,000 page views level during October. On our YouTube channel we now have over 500 subscribers and our 830 videos have been viewed by 597,000 viewers world-wide. A great endorsement and contribution to South African eco-tourism. Our FaceBook page has just passed the 5400 LIKES mark. Without this support from YOU, we would not exist.

Our MPSA online shop has kicked off to an excellent start. If you haven't visited the page yet we invite you to take a browse through our Tours, Clothing and Digital Route Planner download.

Our featured pass this week is another humdinger - a gravel pass of note; packed with sharp corners, awkwardly banked bends, steep-drop-offs, rough surfaces but with the reward of mind-boggling views that will take your breath away. It's not really suitable for normal city cars, so rather travel in a higher clearance vehicle or an SUV.

[To access the link, expand this page by clicking the photo, the title or the green READ MORE button] 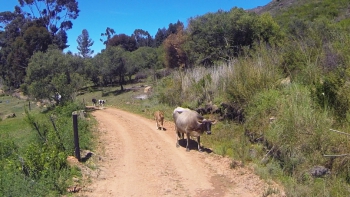 We have a special offer exclusively for our subscribers, for our next tour scheduled for Sunday, November 1st., which is aptly named The Apple Tour and includes the Franschoek Pass, Viljoens Pass, Elgin Valley Road, Highlands Pass and Clarence Drive. This route offers a big variety of stunning scenery as we traverse some very old and much newer passes.
Drive your own car, pack your 'padkos' and join the convoy for an entertaining, relaxing and informative day hosted by your editor.

One of the nine available spaces on offer will be totally free and drawn at the start of the tour. The lucky winner will receive his or her tour fee back in cash. This is worth between R735 and R1400 depending on your group size. Bookings are now open and our secure online shop makes the whole process safe and simple. You can check out the details here: BOOK A TOUR.

Our featured pass this week is near Piketberg and offers amazing scenery coupled with a sense of wild isolation. We take you on a romantic trip back to the early 1800's and relate the story of  a farmer and his slave who formed a strong relationship - strong enough for her to inherit the farm. It's not a fairy tale, but a true story faithfully recorded in the history books and it makes for a fascinating read.

We've been working on the MPSA online shop for many months, and today we are our proud to announce the official launch. On the shop page you can book a tour with us, buy some classy branded MPSA apparel or download our Facts & Stats spreadsheet with almost 700 passes to browse through, which will make trip planning a breeze.

Not to bombard you with commercial content, we remain true to our cause and take you to the Northern Cederberg for a ride on the wild side, which includes a river crossing (without a bridge) and some of the worst roadway we have seen in a while. This one is strictly for 4WD vehicles only and lightweight adventure motorcycles.

[To access the links, expand this page by clicking on the photo; the title or the green READ MORE button]