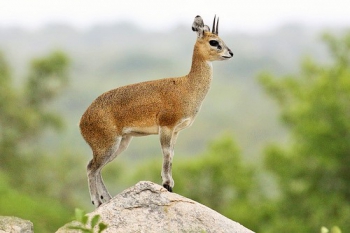 Of all the April Fool's stories this year, we thought the Escom story deserved the No.1 spot for originality - "South Africa will be switching from 220v to 115v domestic power supply - like America. This will mean we will have twice as much available power"

We have an outstanding pass for your bucket list this week. It is modern, yet built in the traditional method, it has fabulous scenery and offers fossils, wild game and even lions. To cap it all you can camp or hire a chalet at the foot of the pass. It makes this pass completely unique and we rate this one in our Top 20 SA all-round passes.

[To acces the link, expand this page by clicking on the title, the photo or green READ MORE button] 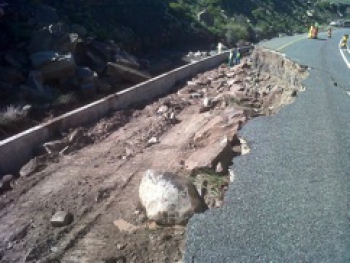 With new milestones reached, we have now reached the point, where we are asking YOU to film the passes we cant get to. It's quite easy when you know how and its also a lot of fun, hugely educational, plus you get to see your efforts published right here where 50,000 like minded people watch our passes each month. When you expand the page, we have provided a link that will will take you to a new page, where we guide you step by step through the process of filming a pass, or submitting a new pass, or simply sending in your photos.

We had a very successful filming trip to Beaufort West last weekend and managed to film 9 of the 10 passes on our schedule. Of the 70 odd film clips we had gathered, just one turned out to be corrupt and purely by ironic co-incidence, it was the Bastards Poort! We covered just over 1700km over 4 days and filmed the following passes:

[Expand this page to access the links, by clicking the photo, the title or the green READ MORE button] 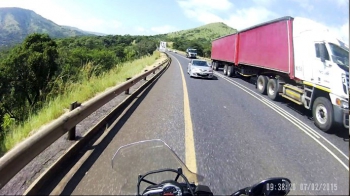 We are in the process of forming a partnership with the NGO campaign ARRIVE ALIVE. Both websites have a similar value system and serve the motoring community with the same intent. You can look forward to seeing more of their material on this website in the future. They have recently published an excellent article on safety issues when driving passes. We provide the link at the end of this article. It is well written and carefully researched and makes for a good read!

Mention the town of Calitzdorp and three things spring to mind - port wine, ostriches and the hot mineral spa. Today we bring you some of the lesser known secrets of this beautiful part of the Little Karoo and take you on one of the most scenic loop routes to be found anywhere in South Africa. The route includes a brace of lesser known passes, lots of gravel travel, an artists hamlet, a big waterfall, camel rides, several game farms, stunning scenery and the Cango Caves. The good news is this loop can be done in a normal car (in fair weather).

[Exand this page to access the links by clicking on the photo, the title or the green READ MORE button] 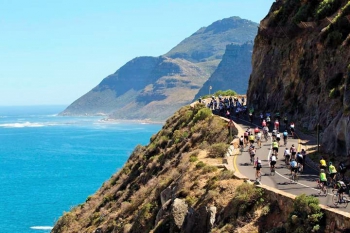 The Argus Cycle Tour turned into an unprecedented success, despite the devastating mountain fires. So often a major disaster brings communities together in acts of selflessness. Hats off to the 33,000 cyclists that completed the shortened 47 km route in the best of sportsmanlike attitude in an act of solidarity and honour for the firefighters. At the time of writing, the next major fire is raging in the Jonkershoek Mountains, near Stellenbosch leaving the entire area under a haze of smoke.

Cape Town is a city which rallies together in times of hardship as well as times of celebration. It is also the South African city which is packed with the most mountains passes. Did you know ....

[Expand this page by clicking on the photo, the title or the green READ MORE button to access the rest of this story and the links] 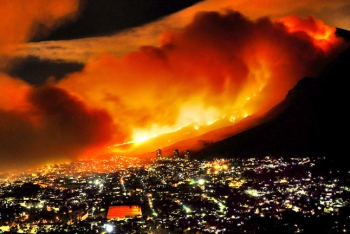 Cape Town has recorded its hottest day in recorded history on Tuesday, 3rd March, 2015, with the mercury hitting a scorching 44C in the city bowl. What makes this unusual is that it has occurred during one of the mildest summers in a long time. A ferocious mountain fire started three days ago in the Fish Hoek mountains which has spread over the peninsula from Noordhoek to Tokai and Hout Bay, wreaking havoc amongst residents, firefighters, animals, reptiles and caused major traffic congestion.

Bush fires are common in South Africa, but this one falls into the 'perfect storm' category. Ash and smoke engulfed many parts of the city and it's heartening to see the local community getting involved bringing food and refreshments to exhausted volunteer firemen, whilst highly skilled pilots waterbombed the burn zone incessantly in an effort to save homes. It's been a week of devastation, heroism and compassion. Donations are currently being received to assist the cost of this devasting fire by a local radio station. To date over R4m has been spent fighting the fire. Our commiserations go to those who have lost their homes and out admiration and thanks go to all the volunteers.

We have something different for you this week - and in an obscure way it also relates to a devasting fire going back 146 years .