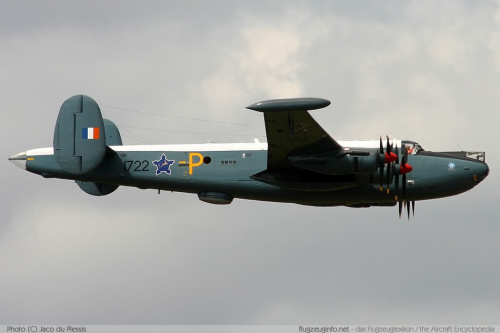 Southern Cederberg Tour review: At the end of each tour we ask our guests to anonymously rate our performance. Our rating for this tour resolved at an average of 94% which we are really chuffed about with one score card reflecting a score of 102% where we were rated above the maximum on one point (knowledge of passes). But let's get to the start of the tour.

The tour started at the Modderfontein Old Village near the foot of the Piekenierskloof Pass. Some of our guests enjoyed coffee and breakfast and a walk through the very old building was fascinating, revealing heavy oak beams, low doors and walls about 1 metre thick. The food in the restauarant is highly recommended. We managed to get special permission to drive the northern part of the historical Grey's Pass, which was an added bonus to this tour and was not in the original brief.

A visit to Thomas Bain's old stone and thatch cottage in the valley was a second bonus. Our parking attendant skills were tested a bit as we tried to squeeze 12 vehicles into the yard area. It was an eerie feeling actually walking inside the house of the great man himself and for me personally - a very special experience. The cottage has been restored and fitted with electric lights, but most of the original feeling and structure remains intact. It can be rented at The Old Village.

A 3rd bonus was that we were given permission to walk up the old Break Neck Pass. This was the very first passage negotiated over the mountain by the early trekkers and their wagons. It dates back to the mid 1700's and predates Grey's Pass by almost 100 years. This track was brutal on wagons and only one in three made it down without sustaining damage of some sort. It soon earned the tag of Break Neck Pass. Finding the pass was a little tricky and overgrown with proteas and rhenosterbos, but once we were on the actual track we soon got into it. Descending back to Bain's house made "seeing" the pass much easier. One of our guests took quite a bad tumble on the way back, but we soon got his wounds patched up and the ever smiling Phillip Wantling chirped along in his usual style of good humour.

We then drove the rest of Grey's Pass where the locked gate had been specially opened for us, allowing us to traverse all the way up to the Piekenierskloof Lodge, where we were able to turn the convoy around without restriction and descend back down to Modderfontein.

The three passes of Elandskloof (tar), Middelberg and Buffelshoek each had their own charm and we did experience some light drizzle and low cloud on all of them, but at the photo stops, the clouds managed to lift and the rain hold back for just long enough to get photos done. Beyond Buffelshoek the R303 winds over the plateau of the Koue Bokkeveld with its impressive sandstone formations for about 25 km until we arrived at the Tandfontein farm, where we had to sign in.

I tried convincing the security guard to allow one signature to sign all 12 vehicles in, but he insisted on each driver completing the log book. That took almost 20 minutes, but soon we were on our way to the Piet Esterhuysen Pass, which was the highlight pass of the day. The initial view down the valley is really mind blowing as we parked off for a while taking photos and videos. Guests were shown the spot where an excavator slid off the road and tumbled all the way down the mountain to the river and the riveting tale of it's subsequent salvage.

What was impressive is that the land owner of Balie's Gat, (Marius) had specially graded and repaired the road in preparation for our visit. It is that level of attention to detail which will ensure his farm and campsite goes from strength to strength. MPSA will definitely be revisiting Balie's Gat on a regualr basis.

With the convoy safely at Balie's Gat camp site we had the entire place to enjoy our lunch break and Yvonne (the farmer's wife) had taken the trouble to set up a trestle table loaded with fresh, preserved and dried farm produce. This was a special visit to a wonderful camp site and we rate this as one of the best isolated campsites in the Western Cape. If you have never been there, it's an experience to be remembered and exceptionally well managed. The pass is definitely not suited to on-road caravans, but we have seen offroad caravans on the pass. Drive with caution and any vehicle trying to ascend the pass with an offroad caravan weighing more than 1000 kgs will need 4WD and low range.

There's only one way out of Balie's Gat and that's the way you arrived. Once back on the R303 it was tar all the way and a quick spin over the pretty Witzenberg Valley Pass allowed a glimpse of the weathered rocks along the road side through thick mountain mist and drizzle.

A final photo stop at the upper view-site on the Gydo Pass for a group photo and then on to Ceres where the tour ended. If you have never been on a tour with us, you should try it. On this tour 50% of our guests were back for a second and in some cases even a third tour.

LISTEN TO THE PODCAST - This week our podcast once again works out nicely as the topic is a review of the Southern Cederberg Tour. Listen to the podcast where you can pick up some details you won't find above.

PUBLIC SPEAKING ENGAGEMENTS - We are offering our services free of charge for public speaking enagagements, subject to a proximity charge. We will do a presentation for you and your guests including the always popular Q&A sessions afterwards on the proviso that the travel distance from Cape Town is under 50 km. A small stipend will be added to cover transport costs for bigger distances. Bookings are subject to availability. This service is only available in the Western Cape at this stage. Contact us on This email address is being protected from spambots. You need JavaScript enabled to view it.

The village of Pella lies in the Kalahari area - a dry and dusty place in the Northern Cape, but it has some fascinating history, a beautful church, very friendly people, as well as a forest of date palms fed by a spring. Did you know that a mature date palm tree can deliver up to 100 kgs of dates per season? SeparatIng Pella from the life giving waters of the Orange River, is a band of rugged mountains and through these mountains there are two passes that connect Pella with the Gariep. They are a mere 5 kms apart and run parallel to each other. The two passes make for a perfect circular drive, but in order to drive Charles' Pass you will require a 4WD vehicle with decent ground clearance, whereas the Pella Pass can be driven in a normal car. But beware of the corrugations on Pella Pass - they are something else!

For the first time ever we bring you a double feature as Pass of the Week. Watch the videos; make your decision; one or both? Our camera man Mike Leicester, came back raving about Charles' Pass and says it is without doubt a bucket list pass.

Thought for the day: "A day wasted on others is not wasted on one’s self" ~ Charles Dickens