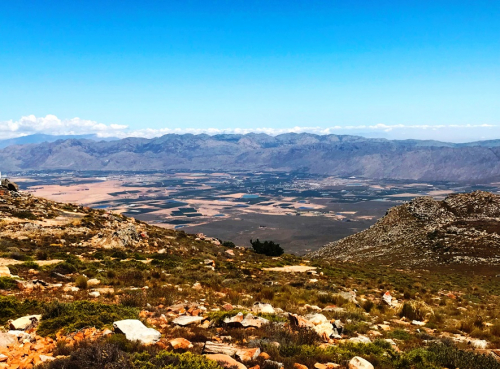 Normally with tours booked a long way in advance, there are usually cancellations, but with this tour not a single person has cancelled. It promises to be a humdinger of a tour and most drivers will definitely know they have completed a real challenge by the end of the tour. The long range weather forecast already indicates rain for the first two days, so there will no doubt be some slipping and sliding.

As we drive up to the Eastern Cape we will try and post photos and short videos as well as several posts during the tour itself, (when we have internet access). Depending on the success of this tour it is entirely possible that we will run a second Ben 10 Tour later in the year as there were many disappointed pass fans who didn't book in time for this one.

Make a note that we will more than likely be offering a Baviaanskloof Experience in June or July, but we will keep you updated via this news page - well ahead of the time.

Our featured pass is the Waboomsberg Pass, which although has some hectic vital statistics, is actually not a very difficult drive and it can be done in a 4x2 in fair weather. Here is the link to book for the tour: MERINO MONSTER TOUR

Sit back, bring out the popcorn and enjoy the 6 part video series on this beautiful mountain pass.

Thought for the day: "Success is not final. Failure is not fatal. It is the courage to continue that counts" ~ Winston Churchill