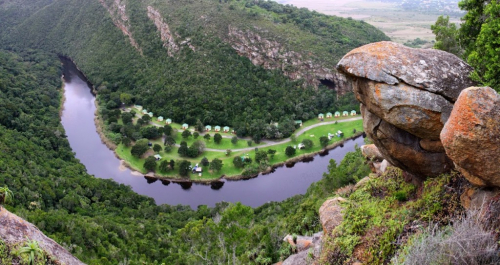 As you read this newsletter, the MPSA team are somewhere between Lundin's Neck and Jouberts Pass on Day 1 of the Official Ben 10 Eco Challenge Tour. A massive amount of planning went into this trip and now it's only matters beyond our control (like the weather), that can affect the adventure. We will do our best to post regular pics and short videos on our Facebook page throughout the tour.

Our featured pass this week takes us right back to our roots and the peculiar set of circumstances of how Mountain Passes South Africa was born. The GoPro HERO1 had just been launched in 2010/11 and I had always wanted a waterproof video camera that could handle the rigours of adventure sports and film in HD.

The primary idea was to film my crew on a sailing/racing yacht with the idea being to iron out errors and improve performance. On the very first outing with the new GoPro, when the yacht club cancelled racing due to gale force winds, we decided to rather go for a sail than sit in the pub.

From there things went south rapidly (pun intended) as we planed out of the harbour at high speed and out onto Table Bay to enjoy the full power of the Cape Doctor. Just as we reached a speed of 20 knots (37 kph) we broached (a nautical term for a downwind capsize). [Read more lower down]

A more accurate description is a catapult broach. The boat basically stops dead in its tracks and bodies go flying. As the skipper and helmsman of the boat, I was thrown overboard with violent force to find myself underwater and tangled in a spaghetti of wet ropes. Once I had untangled myself and gasped in some air, I immediately noticed a separation between myself and the boat, which was still lying on its side, mast in the water about 10 metres away. Instinctively I started swimming towards the boat.

The full set of oilies (foul weather clothing), sea-boots, and gloves weighed me down and I realised very quickly that the wind was blowing the boat downwind a lot faster than I could swim. I was in deep trouble and we were about 2 nm offshore in fading light and a gale force wind..

But we had done Man Overboard (MOB) drill many times before and the training kicked in. I stopped swimming and despite having a life jacket on, I still had to tread water to stay afloat. I focused on staying alive and tried to conserve heat and energy. The crew got the spinnaker down and the boat righted itself. Despite all our training we had never trained for the skipper going overboard. Now it would be crunch time to see if the crew could cope under such extreme duress.

The boat was equipped with a VHF marine radio and all the crew were trained how to do a May-Day call, yet they didn't do that. One crew-member stood up on the deck for better visibility and only concentrated on not losing sight of me. Luckily that day I had worn a bright red peak cap and even more fortunately I had lashed it onto my jacket with a short lanyard.

The sea was 11C that day. The wind was howling with white spume driven spray coming off the wave tops. Waves were breaking over my head at the rate of one every 3 seconds. It's incredibily hard not to panic. There was no shipping on Table Bay due to the strong wind and we probably only had about another 45 minutes of light before darkness.

Thoughts of dying crossed my mind. I glanced up at Table Mountain with the white cloud billowing over the top and thought "It's not a bad way to die". The shore was so close, yet so far and I was being blown offshore.

At that stage there was about 1 km separation from the yacht. Finally the crew managed to get the boat under control and they were on their way back to me. I had been treading water for 11 minutes and the cold was sapping the energy out of my body.

After one unsuccessful pass, the second approach was close to perfect and I was recovered - alive and well and very grateful. That night (once the shock and adrenaline has subsided), I remembered about the GoPro and downloaded the footage. The entire event had been captured on video. The next day I compiled a video and published it on You Tube.

There are very few videos showing a real man overboard accident and this one became a best seller in short order. I made a better version (with voice narration about a year later) and the two have now racked up over 270,000 views. It made me realise the power of videos and it got me thinking.

Two months later whilst on holiday in Wilderness, I decided to experiment with my expensive little camera to see what else I could video. Experiments under water, on a mountain bike, hiking and canoeing were all terrible and then I had the idea of filming from my vehicle. The footage was quite good, but of course the question was - what on earth could I film from my car? The idea of filming mountain passes dropped like a heavy coin. Clunk!

An hour later I was at the top of the plateau in Wilderness and getting ready to film one of my favourite cycling roads - White's Road. And that is the story of how MPSA was born. That was January 2012. From that date we have filmed about 840 passes and still have about 280 to go, which will keep us busy for a very long time (and fresh news in your inbox!)

Subsequent to that first very amateurish effort, I have refilmed White's Road about 5 times and produced new videos as our techniques and equipment have improved. So today we would like to feature this lovely pass that winds all along the Touw River Gorge with its spectacular views and natural beauty. The history behind the pass is intensely sad, but at least the legacy left behind for generations to come is one of sheer beauty. Take the link and discover this lovely road or simply relive it if you've driven it before.

Thought for the day: "Life is 10% what happens to you and 90% how you react to it" ~ Charles Swindoll