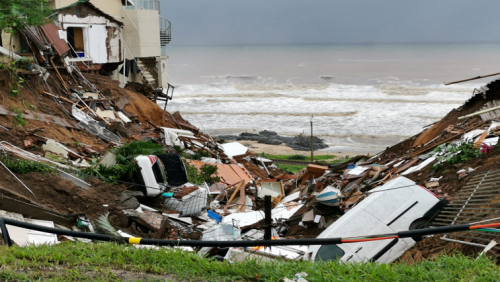 We have 3 spaces left on this magnificent tour. If you've never done the Baviaanskloof, here is your opportunity to experience it in the safety of a group with expert guidance by MPSA with all the best points of interest being visited and the secrets of the Garden Route's history and raw and rugged stories of the Baviaanskloof being relayed to you in your own vehicle via our VHF radio systems. Get further details and book online here: Thomas Bain Heritage Tour.

The Merino Monster Tour was supposed to be an easy 1 day trip of 140 km north of Ceres which included 6 passes. These were the Swaarmoed Pass (Tar); Bo Swaarmoed Pass (Gravel); Karoo Poort (Gravel); Droelandskloof (Gravel); Waboomsberg Pass (Gravel) and the Theronsberg Pass (Tar). Vehicles in our convoy included a brand new Ford 1.0 Eco Sport; two Ford Ranger bakkies; two Land Rovers and the MPSA Toyota Land Cruiser. We advertised the route as being suitable for 4x2 vehicles with reasonable ground clearance. The four ladies in the Eco Sport had zero offroad experience and one look at the little Ford gave me an eyeball ground clearance estimate of around 120mm.

All went well until we started up the Droelandskloof - an old sheep trekking route. The Eco Sport picked up a sidewall cut in the LF tyre. One brand new tyre consigned to the trash heap. In short order we got the wheel changed and from there it was a very cautious drive for the rest of the day with no spare wheel! The ladies listened to every instruction and finally we got them to the very top of the Waboomsberg. The wind speed was around 80 kph and the temperature logged in at 10C. Despite the howling wind and icy temperatures, there were big smiles all round, but the tour guide gods weren't done with us yet.

Down at the bottom near the farm house, Daniel (Land Rover Discovery) radiod us that he had an overheating problem. That stopped the convoy in it's tracks. After some investigation the fault was traced to a cracked radiator expansion bottle and getting some duct tape over the leak was impossible to get to. New plans had to be made in a hurry. Instead of ending the tour in Ceres as planned, we decided (by necessity) to end it at the farm. Radios were collected and the guests were directed down the Theronsberg Pass (effectively completing the tour) and back to Ceres to reinflate tyres. The lead and sweep MPSA vehicles remained behind with the errant Land Rover and so started a very long trip back to Cape Town which took about 3 hours to cover 130 km. The good news is there is no damage to the Land Rover's engine.

Meanwhile the older of the two Ford Ranger bakkies experienced a propshaft coupling problem near Malmesbury, requiring them to also limp back home at a very low speed. The beauty of touring in a group is that there is safety in numbers and willing hands to help sort out problems. All in all a highly successful day and this morning Margie - who drove the Ford Eco Sport - sent us this message with a tour review score of 97.5%:

"I found the tour both exhilarating as well as anxiety provoking and very tiring. The satisfying feeling of having spent a really challenging and beautiful day was great." ~ Margie Schneider (our newest adrenaline junkie).

For those of you that missed out on the first Ben 10 Tour, here's your opporunity to secure a spot on the next one. We have reviewed the routes, made several changes and are proud to announce the details of the next Ben 10 Tour as follows:

Vehicles: 4x4 with low range and adequate ground clearance.
Drivers: No novice drivers - Must have a minimum of 2 years off road experience.
Weather: There is a possibility that we might encounter snow. Come prepared.
Book online: BEN 10 ECO CHALLENGE TOUR V2

The details of this tour are taking shape and will include some of the highest passes in Africa (all of them higher than Sani) and will include a tour of the Katse Dam, a stay at Afriski Resort with the highlight being a full descent of Sani Pass and a stop at the highest pub in Africa. If you have always wanted to drive Sani Pass (before they tar it) this is your golden opportunity to book a place. Space is limited. Only open to 4x4 vehicles. Bookings for this tour will open in a week's time. The dates are likely to be 27th - 29th September. Bookings are not open yet. This is just an appetizer. You may send us an email and put your name down on the provisional list. This email address is being protected from spambots. You need JavaScript enabled to view it.

Mpumalanga plays host to a large number of interesting passes. Today's pass is reputed to contain gold ore in its concrete mix. This short, but very steep pass descends from the ghost town of Eureka City to the Sheba Gold Mine - still the richest gold mine on earth and functioning daily. We explore the fascinating history of the mine and immediate area and take you for a cyber drive down this pass with its multiple point hairpins bends.

Thought for the day: "Don't criticize someone until you have walked a mile in their shoes" ~ Anonymous