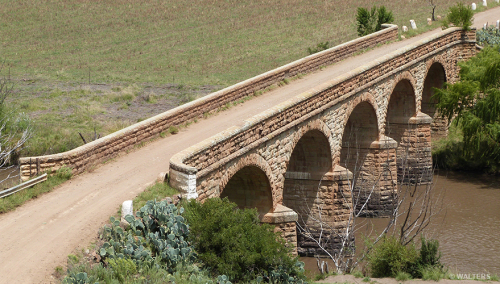 We arrived in Laingsburg for a quick breakfast and just enough time before meeting our group. The day before we had received a distressing message from one of our guests about engine trouble with his Jeep Cherokee 2.8 CRDi and that he was stuck in Colesburg. A local diesel mechanic managed to do a temporary fix on an injector, but Mark had to return three times to Colesburg before he was satisfied that the problem was resolved. He only arrived in Laingsburg at 11pm the night before, but he made it to the driver briefing only 5 minutes late.

Our tour started with our usual thorough driver briefing, from where we went straight into the Flood Museum for a pre-arranged talk by the lovely Madre who explained the climatic reasons behind the flood and ran through some of the mind boggling statistics of how the fairly large Floriskraal Dam filled up in just 2 days - the amount of water - 50,334,000 cu.m. Think about that for a few moments......

One hundred and fourteen people drowned; many of them elderly people from the old age home and children from the low lying high school. Seventy-Two people were never found. It's only when you walk around the town and see where the flood level reached high up on the walls of buildings that the sheer magnitude of that tragic event in 1981 sinks in.

From Laingsburg we headed east over the Rooinek Pass where we got a glimpse of the Floriskraal Dam. We then took a right turn onto a lovely gravel road to enjoy the Perdefonteinkloof Poort, Wasbank Pass, Volstruisnek, Klein Swartberg Pass and Outol Pass before making a stop at the Nel's farm at the southern exit of the Buffelspoort.

Buffelspoort is virtually unknown to most South Africans, but long before I had ever thought of starting the MPSA project I had signed up for a 4x4 tour through this remarkable canyon. To describe it is impossible, but I will try. The canyon is about 12 km long and consists of a wobbly shaped S- bend of massive proportions with exceptionally steep sandstone rock walls, which range from vertical to near vertical. These stretch up into the blue Karoo sky to a height of 650m. Far below, the pools of the Buffelsrivier support a strip of greenery that follow the shape of the canyon, supplying a life line to a range of plants and animals, but the one tree that flourishes down there is the Acacia Thorn tree and for those who took metallic coloured 4x4's into the poort, came out the other end looking like a thousand lions had raked their claws down the sides.

Recent floods have decimated the old 4x4 track and today no-one goes through the canyon - only a hiker would make it, subject to lots of swimming, cuts, bruises and hardship. In the early 1970's the PRD (Provincial Roads Dept) surveyed the possibility of building a road through the canyon. It would greatly shorten the distance between Ladismith and Laingsburg. The surveyors painted white plus signs marking the positions of the beams that would be sunk into the rock face to support a cantilevered road some 7m above the highest known flood level. Had this road ever been built it would have been the most spectacular road in South Africa. After the 1981 flood, flood debris was found 11m up the canyon walls and the project was immediately scrapped.

We had arranged for a stop at this lovely farm at the southern exit of the canyon with farm owner Rudi Nel, where we were met with exceptional hospitality. Rudi took us over a very rickety bridge (which raised a few eyebrows amongst our guests!) where we paused at the dam wall of the Buffelsrivier, which was bone dry - it's bed nothing more than a dust bowl supporting a few hardy thorn trees. Ten years ago I had personally driven through the one side of the dam when the water level reached above the level of the windscreen and higher. The ongoing drought has not deterred these determined farmers who continue to produce quality produce like almonds, peaches and olives.

Rudi's father, regaled us with his account of the great flood. At the time he had been warned by farmers further upstream that there was "big water" on its way down the canyon. In an effort to save the pumps, he was busy dismantling one of them, when he heard an ominous sound like he had never heard before. It was the water bursting along the canyon walls, sweeping all before it. He only had time to scramble onto the roof of his bakkie, before the deluge hit him. He was quickly separated from the bakkie which disappeared under the brown torrent. The river swept him towards a thorn tree, which he grabbed, thorns and all in a desperate effort to save himself from drowning. The next day, his bakkie was found standing vertical on its tail gate against a cliff. A very lucky escape. As the story is being told, you can see his eyes glazing over as that day of near death is recalled.

Next week: We will report back on the journey from Buffelspooort to Bosluiskloof. 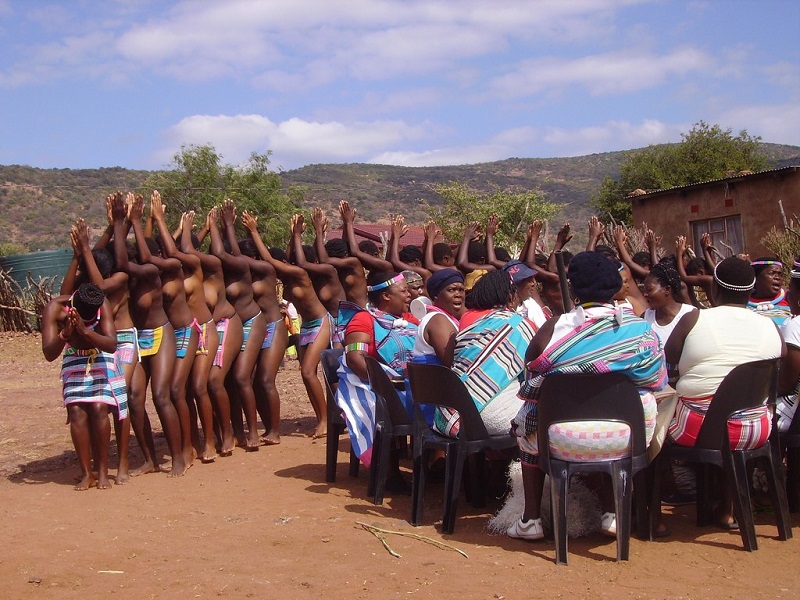 The Bantu expansion was one of the major demographic movements in human prehistory, sweeping through much of the African continent during the 1st and 2nd millennia BC. Bantu-speaking communities reached southern Africa from the Congo basin by the early centuries AD. The advancing Bantu encroached on Khoisan territory, forcing the original inhabitants of the region to move to more arid areas. Some of the migrant groups, ancestral to today's Nguni peoples (Zulu, Xhosa, Swazi, and Ndebele), preferred to live near the eastern coast of South Africa. Others, now known as the Sotho–Tswana peoples (Tswana, Pedi, and Sotho), settled in the interior on a plateau known as the Highveld, while today's Venda, Lemba, and Tsonga peoples made their homes in the north-eastern areas of the country.

Mapungubwe, which was located near the northern border at the confluence of the Limpopo and Shashe rivers, adjacent to present-day Zimbabwe and Botswana, was the first indigenous kingdom in southern Africa. It existed between AD 900 and 1300, and developed into the largest kingdom in the sub-continent before it was abandoned due to climatic changes. Smiths created objects of iron, copper and gold both for local decorative use and for foreign trade. The kingdom traded through various east African ports to Arabia, India and China, increasing its wealth through the exchange of gold and ivory for other valuable imports.

Specifics of the contact between Bantu-speakers and the indigenous Khoisan ethnic group remain largely unknown, although linguistic proof of some assimilation exists, as several southern Bantu languages (notably Xhosa and Zulu) incorporate many click consonants of the Khoisan languages. The assimilation is not dissimilar to that of the European settlers, who adapted and incorporated the Dutch, Flemish, German and Malay languages into the present-day language of Afrikaans.

Next week we take a look at the early Portuguese explorers. Note that all the chapters on SA's history is available via our menu tab under FIND A PASS.

PODCAST: There is no podcast this week due to the Great Swartberg Tour. You can listen to a range of our podcasts via this link: CHOOSE A PODCAST.

PASS OF THE WEEK: A relatively unknown pass on a country road labelled the DR 03214 that offers two remarkable points of interest. One is the 7th and 8th rail reverses (a rare find world-wide) and the other is the magnificent Jospeh Newey built Loch Bridge which is a national monument. Add this pass to your bucket list.

Die Berg Pass - An interesting mix of a pass and a poort on the R386 in the Kalahari near Prieska.

Thought for the day: "Travel is the only thing you buy that makes you richer" ~ Anonymous