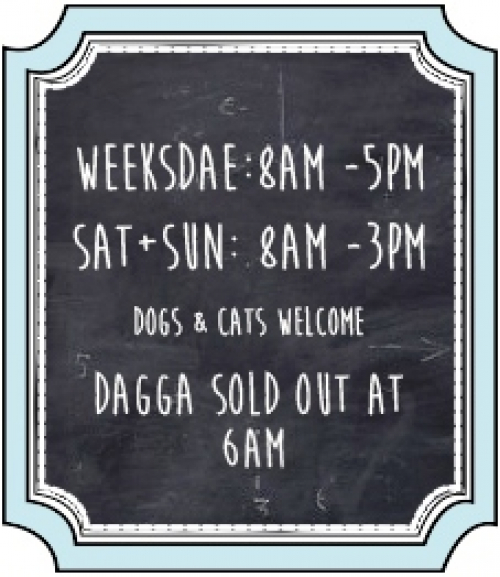 South African humour at our featured pass of the week - Photo: Archives

* Podcast - Social media impact and a chat about Jagersfontein

The water crossing at Smitskraal has seen the undoing of many a driver and rider. It is long and the underwater surface consists of thousands of loose fist sized stones. Most of the time the current is not swift, but bikers in great numbers have taken an unscheduled swim at this spot. One of our guests, Zena Becker, has a fear of deep water and built up a certain level of angst about this crossing. We have a habit of giving our guests nick-names and as soon as her fear of deep water became apparent, we dubbed her Zenaphobia. Once through that crossing she was all smiles and brimming with confidence!

The entire convoy waltzed through Smitskraal and no one had a bigger smile than Zena. This low altitude part of the Baviaanskloof offers fascinating geology and flora. A short while after Smitskraal, the next campsite (called Rooihoek) makes an appearance. There are toilet facilities and lovely campsites, but booking is essential. We stopped here for an early lunch break, before moving onto the next pass which is the Langkop Pass. [More lower down]

Langkop is a stand-alone conical peak which can be easily identified from the jumble of towering peaks and hills. This tricky and very steep pass has been the recipient of some maintenance in recent times. The road has been brick paved over the steepest sections - and steep it is with gradients ramping up to 1:4. The road maintenance people have put the paving on top of the road, rather than level with it. This means each section has a step-up. To stop the whole lot from sliding down the slope, the end of each paved section has been buffered with a transverse rain channel built from concrete. The net effect of this is that speed has to be lowered to almost a crawl to prevent passengers banging their heads on the roof as the vehicle sways from left to right as these channels are mounted. This sometimes results in a stall and then a restart is required - frequently to that familiar odour of a burning clutch plate.

On the eastern descent of Langkop Pass lies the ominous sounding Doodsklip. Legend has it that a number of people died mysteriously near this huge triangular shaped rock in the middle of the river. It is also here that the headwaters of the Kouga Dam begin. This dam, which was previously known as the Paul Sauer Dam, is a crucial component of the citrus farming region of the Gamtoos valley. Successful citrus farming requires high quality water and the clear running rivers of the Baviaanskloof are the key to the entire industry. It is possible to drive right up to the impressive dam wall - the access road being accessible just after exiting the Grootrivierpoort at the eastern end of the Baviaanskloof, near Patensie.

Next week: [The Holgat Pass to the old cableway.] 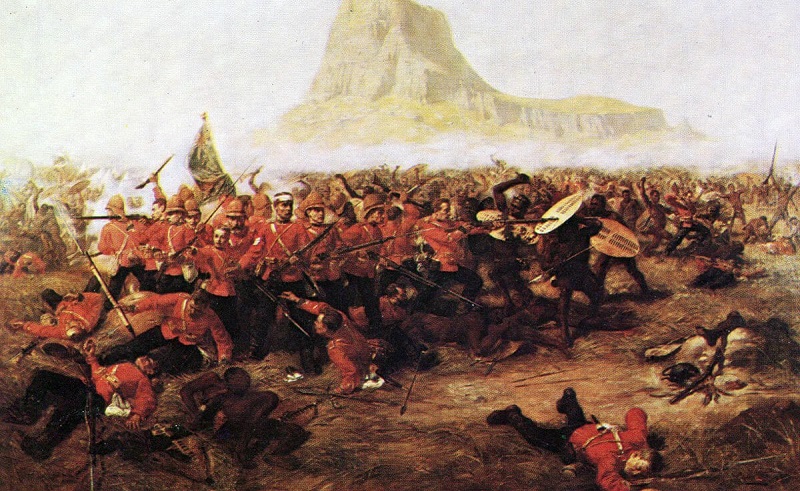 After finally defeating the Xhosa in a series of frontier wars which had lasted for 99 years (1779–1878), the British now turned their attention towards the Zulus in Natal. Sir Henry Bartle Frere, the High Commissioner, on his own initiative and without the approval of the British government, decided to instigate a war with Cetshwayo, the Zulu king at the time. He did this by issuing a long list of demands, knowing full well that his terms would be completely unacceptable. When Cetshwayo refused to respond to his ultimatum, Bartle ordered an invasion of Zululand.

The campaign had a disastrous beginning. Three columns of British troops under the overall command of Lord Chelmsford crossed the Buffalo River into Zululand on 11 January 1879, and by 22 January the centre column was encamped near Isandlwana. Chelmsford was lured eastward, with much of his centre column, by a Zulu diversionary force, whilst the main Zulu army of about 20,000 warriors attacked his camp. The ensuing battle became a massacre; the British camp was annihilated, with heavy casualties as well as the loss of all its supplies, ammunition and transport. Of the 1,700-plus force of British troops and African auxiliaries, about 1,300 were killed. The defeat left Chelmsford with no choice but to hastily retreat out of Zululand.

After a few more battles and skirmishes, and some British successes at Kambula, Gingindlovu and Eshowe, Chelmsford started to prepare for a second invasion. He had a pressing reason to proceed with haste; Sir Garnet Wolseley was being sent to replace him, and he wanted to inflict a decisive defeat on Cetshwayo's forces before then. Chelmsford reorganised his forces and again advanced into Zululand in June 1879, this time with extreme caution.

Cetshwayo, understanding that the newly-reinforced British would be formidable opponents, attempted to negotiate a peace treaty. Chelmsford was not open to negotiations, and he proceeded to the royal kraal of Ulundi, intending to crush the main Zulu army. On 4 July 1879, the armies clashed at the Battle of Ulundi and Cetshwayo's forces were comprehensively defeated, thus ending the war.

PODCAST: We talk about social media and how it impacts on the MPSA project. We then chat about the fascinating history of the small village of Jagersfontein in the Free State and its special place on the world stage. CLICK TO LISTEN.

PASS OF THE WEEK - With the relaxing of laws on the recreational use of cannabis, we head off to the N10 between Cradock and Cookhouse to visit the Daggaboersnek Pass. We have a look at the origins of the name and visit the famous farm stall where a sign proclaims the trading hours : 8 am to 5 pm - Dagga sold out at 6 am. Interestingly, there is also a small farming area Alicedale in the Eastern Cape called Kommadagga.

Thought for the day: "Be fearless in the pursuit of what sets your soul on fire" ~ Jennifer Lee.