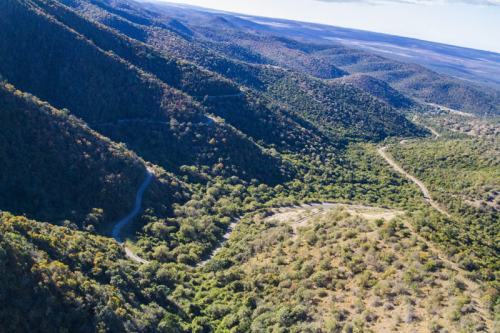 Fresh off the griddle

Set in the Suurberg Mountains north of Addo and Kirkwood, this tour will start in the west in the Wolwefontein area at a game farm which will include a game drive (weather permitting) on the day of arrival. The next morning we will set off up a series of steep sided poorts to cross the Darlington Dam below the wall and then connect with the R400 for a short while before heading back into the scenic northern side of the mountain range. The Zuurberg Pass will the highlight of the first day with it's many sharp corners and amazing views, culminating with an overnight stay at the summit of the pass in a lovely hotel.

Day 2 involves a descent of the Doringnek pass towards Addo and Kirkwood and then the Bedrogfontein 4x4 route will take up the rest of the day with its thick bush, kudus, warthogs, monkeys, baboons and bristling birdlife. The route ranges between a Grade 1 and Grade 3, but 90% is fairly easy driving with just enough of the tricky stuff to keep drivers honest. The overnight stop will be at another bush lodge near the Darlington Dam, close to the starting point.

Day 3 is at leisure with the choice of a game drive or an early departure for home. Bookings opened on Monday and already the first tickets have been snapped up. We can only take 10 vehicles, and obviously 4x4 with low range is prerequisite. This will be the final tour on offer for 2019. Sign up and discover why more than 50% of all our bookings are repeat business.

On Tour with MPSA

On tour for two weeks - As you read this newsletter we will be heading up towards Elliot for the start of the Ben 10 V2 Tour on Saturday 21st September. The weather forecast is looking fine and our local lady on the spot reports very little snow during the winter with conditions being dry. A light drizzle before we get there would be nice to keep convoy dust levels down, but rather dry than muddy!

On the 25th we drive up to the Free State town of Clocolan to meet our next group at Zuikerkop Lodge departing on the 27th September for the Lesotho-Sani Tour and a beautiful drive to the Katse Dam (which is extremely low at the moment with only 13% water levels). From Katse we head north over some of the highest passes in Africa (higher than 3000m) to spend our second night at the Oxbow Lodge and our 3rd day takes us down the Sani Pass - the highlight of the tour where our final night will be spent at the Sani Hotel.

Both of these tours are fully booked.

There will be lots to report back on when we return, but in our absence the newsletters will continue and of course our Face Book page will feature photos on the go and a few short video clips to let you know how things are going.

Descending the very steep and bumpy Eselbank Pass and being able to see Wupperthal for almost 30 minutes from the top of the pass, lends credence to the saying "Distance lends enchantment to the view" for as we crossed the low level bridge and entered the town from the south, the harsh reality of the recent devastating fires was something of a shock.

Blackened walls without their characteristic thatch roofs stood etched against the blue Cederberg sky to the right. The once beautiful old buildings, a stark reminder of what happens when nature runs riot. The restaurant which was something of a museum dating back to the mid 1800's is gone. The old shop and hall are gone. Row upon row of family homes stand empty and devoid of life.

On the sports fields tightly packed Nutec houses stand awkwardly modern in this old valley. Here residents have temporary shelter as the huge task of rebuilding the traditional homes begins. Miraculously the old Moravian church which dates to 1832 escaped the inferno, as did the little thatched post office next door. It's going to be a long, tough road to a full recovery.

We headed on up the steep Kouberg Pass and north towards the Biedouw Valley - a favourite flower spotting zone - and it was as if the display had waited patiently for our arrival. Millions of wild flowers had the photographers in our group eagerly on hands and knees capturing the raw beauty of the area. The weather was so perfect, we decided to have our lunch break right there.

On up the Hoek se Berg Pass - another steep pass which is partially concreted to aid traction - on on to join the tarred R364 where we discussed the Englishman's grave as well as Leipoldt's grave which is along the middle plateau of the Pakhuis Pass, itself which was originally constructed by our favourite roads engineer, Thomas Bain.

The long descent into the Olifants River valley and the pioneer town of Clanwilliam was a bit too busy for us as it was their weekend flower show. The little town was packed cheek to jowl with tourists, so we limited our sojourn there to a refuelling stop only.

There is something deeply satisfying about seeing a dam 100% full as was the case with the lovely Clanwilliam Dam with its deep blue waters being the play area of many bass fishermen and host to an annual bass fishing tournament.

(Next week we will cover the last part of this tour)

Formation of the Union of South Africa 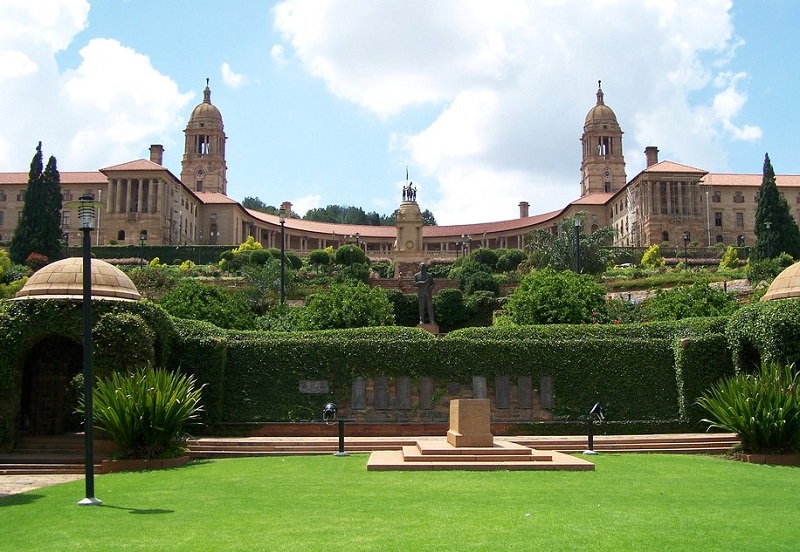 Following the end of the 2nd Anglo-Boer War, High Commissioner Alfred Milner transferred his headquarters from Cape Town to Pretoria, the move symbolizing the centrality of the Transvaal to his mission of constructing a new order in South Africa. By the time Milner departed in 1905, his vision of a country politically dominated by English-speaking whites had failed. Schemes to flood the Transvaal with British settlers had yielded only a trickle, and, worse yet, compulsory anglicization of the education system had further intensified feelings of Boer nationalism.

Britain was now forced to accept the fact that English speakers would never constitute a majority in white South Africa. In 1907, the British granted limited self-government to both the Transvaal and the Orange Free State and, in subsequent elections, Boer parties swept to victory in both provinces. In the following year, the South African Party came to power in the Cape Colony. Reassured by the stated readiness of the Boer leaders to assist with the stabilisation of the mining industry, the British government encouraged negotiations amongst white representatives of the four self-governing colonies with the aim of establishing a single state.

Negotiations held in 1908 and 1909 produced a constitution that embodied three fundamental principles. South Africa would adopt a Westminster style of government and would become a unitary state in which political power would be won by a simple majority; the question of voting rights for blacks would be left up to each of the four self-governing colonies to decide for itself (the Cape and Natal based their franchise on a property-owning qualification; the Orange Free State and the Transvaal denied all blacks the vote); and both English and Dutch would be the official languages.

On 31 May 1910, exactly eight years after the end of the 2nd Anglo-Boer War, the Union of South Africa was officially recognised. Louis Botha was appointed as the first prime minister, and Jan Smuts became his deputy.

PODCAST: A discussion about our latest tour scheduled to be run from the 22nd to the 24th November. The Bedrogfontein-Zuurberg Tour. CLICK TO LISTEN.

Hidden away amongst the leafy suburbs in Cape Town's Newlands and Constantia areas, is a busy, but beautiful suburban pass, which holds a host of sights and interesting points of interest.

Padkloof Pass - An interesting pass in the so called Green Kalahari.

Thought for the day: "We live in a wonderful world that is full of beauty, charm and adventure. There is no end to the adventures we can have, if only we seek them with our eyes open" ~ Jawaharial Nehru