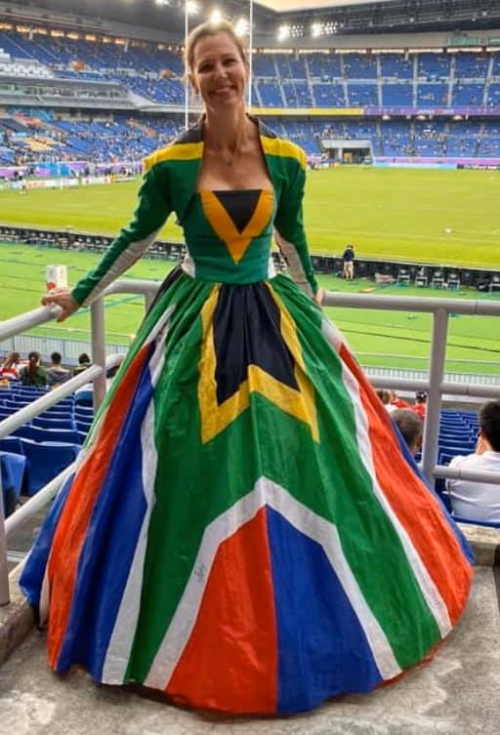 Kirsten Teasdale - Ten out of ten for getting into the gees! - Photo: Nina Pearse

RWC 2019
It's interesting to observe how much a sporting event can unify a nation (and on occasion devide). As South Africa has marched through to the final, it's a nation in a state of euphoria with elevated emotions. We've been following the TOTALSPORTS debacle on social media and are watching with interest to see what the outcome will be. This is the week to forget about petty things, don your Bok jersey and get behind the national team.

TOURS
Ticket sales for our final year end tour are moving along briskly and we have just 3 places left at the time of publishing. If you own a 4x4 with low range and reasonable ground clearance, here is an opportunity for a great escape for a few days of glorious offroad driving, fascinating history, pampered overnight stops, gorgeous scenery and an abundance of wildlife that will delight. It will stand you in good stead for the onslaught of the silly season.

From the Wartrail Sports Club we took a sharp left and drove the attractive approach road alongside the Funnystone River and soon the gates to the Funnystone farm made their appearance, but the track sweeps sharply away to the left and crosses the crystal clear stream via a causeway. Here a sign warns that the road ahead is only suitable for 4WD vehicles and that you drive it at your own risk. This is the start of the Volunteershoek Pass. This is the one pass that gets the bikers nervous and frequent falls are the order of the day. For less experienced riders, this is where nerves get rattled and mistakes are made.

A group of five bikers had passed us near the clubhouse, some 15 minutes earlier in a whirr of exhaust pipes and dust, but now they were stuck on the first part of the ascent. The weakest rider had taken a number of tumbles and the mountain had gotten the better of him. He had decided to throw in the towel and return back down the pass. His buddy, who had returned to help him, now had the daunting task of getting his bike turned around on the steep gradient with loose sand and stones and proceed back up the pass. We had a first class view of just how difficult it is trying to achieve this "simple" task on a 270kg motorcycle. [More lower down]

Volunteershoek did not disappoint and finally we were on the plateau, heading east along the 2600m contour line. It's bleak up there with not a tree in sight, but it has a stark beauty all of its own and the views are massive - truly big sky country. Soon we passed Loch Ness (the highest fresh water fishing spot in South Africa) and descended past the Tiffindell turn-off, via the very steep Carlisleshoekspruit Pass, which must rank as the No.1 misspelt pass name in South Africa. Conditions were good and the convoy made steady speed via Rhodes, the Bokspruit Pass, and the Fetcani Pass arriving around sunset back at our base. This was in stark contrast to our adrenaline filled similar route in March 2019 when we were nailed by a flash flood.

Next week: The final day ~ Naude's Nek, the TTT and Ben MacDhui.

The Rise of Apartheid 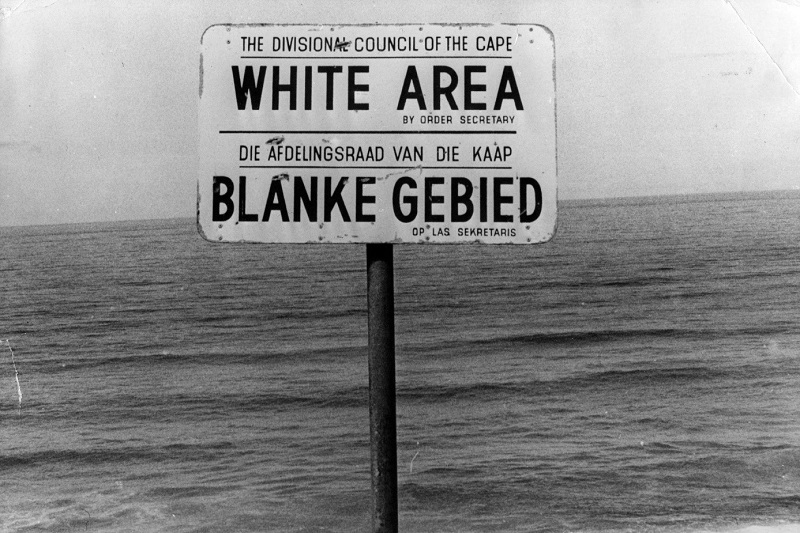 The origins of apartheid in South Africa can be traced back to racial prejudices and policies imposed firstly by the Dutch colonists and then later by the British. A combination of several factors, such as colonial conquest, slavery, land dispossession, economic impoverishment, exclusion from citizenship of non-white peoples, and in particular the segregation laws passed in 1913 (the Land Act) and 1923 (the Urban Areas Act), all paved the way for policies that were to become firmly entrenched in 1948 and beyond.

World War II had proven to be an economic stimulant for South Africa, although wartime inflation and lagging wages contributed to social protests and strikes after the end of the war. Driven by reduced imports, the manufacturing and service industries expanded rapidly, and the flow of black people to the towns and cities became a flood. They set up vast squatter camps on the outskirts of the cities and improvised shelters from whatever materials they could find. They also began to flex their political muscles. Blacks boycotted a Witwatersrand bus company that tried to raise fares, they formed trade unions, and in 1946 more than 60,000 black gold miners went on strike for higher wages and improved living conditions.

Although the 1946 strike was harshly suppressed by the government, white intellectuals did propose a series of reforms within the segregation framework. The government and private industry made a few concessions, such as easing the industrial colour bar, increasing black wages, and relaxing the pass laws, which restricted the right of blacks to live and work in white areas. The government, however, failed to discuss these problems with black representatives.

The United Party, which had won the general election in 1943 by a large majority, approached the 1948 election with complacence. Whilst the ruling party appeared to take an ambiguous position on race relations, Danie Malan’s National Party took an unequivocal pro-white stance. In the campaign leading up to the election, the National Party claimed that the current government’s weakness threatened white supremacy, and produced a statement that used the word “apartheid” to describe a program of tightened segregation and discrimination. With the support of a tiny fringe group, the National Party won the election by a narrow margin.

The new government wasted no time in implementing its policies. The Prohibition of Mixed Marriages Act of 1949 prohibited marriage between persons of different races, and the Immorality Act of 1950 made sexual relations with a person of a different race a criminal offence. The Population Registration Act of 1950 classified all South Africans into one of four racial groups; “Black”, “White”, “Coloured”, or “Indian”.

Next came the Group Areas Act of 1950. Until then, most settlements had people of different races living side by side. This Act put an end to diverse areas and determined where people could live according to race. Each race was allotted its own area, which was used in later years as a basis for forced removal.

The all-white Parliament passed many other laws to legalize and institutionalize the apartheid system. Besides the “Grand Apartheid” laws, minor regulations, collectively known as the “Petty Apartheid” laws, segregated South Africans in every sphere of life; in buses, taxis, and hearses, in cinemas, restaurants, and hotels, in trains and railway waiting rooms, and in access to beaches. When a court declared that separated amenities should be available to all races, Parliament passed a special law to override it.

The government also established direct control over the education of blacks. The Bantu Education Act (1953) took black schools away from the missions, and more state-run schools, especially at the elementary level, were created to meet the expanding economy’s increasing demand for semi-skilled black labour. The Extension of University Education Act (1959) prohibited the established universities from accepting black students, except with special permission. Instead, the government created new ethnic university colleges - one each for Coloureds, Indians, and Zulus and one for Sotho, Tswana, and Venda students, as well as a medical school for blacks. The South African Native College at Fort Hare, which missionaries had founded primarily but not exclusively for blacks, became a state college solely for Xhosa students. The government staffed these ethnic colleges with white supporters of the National Party and subjected the students to stringent controls.

During this period the National Party consolidated its control over state affairs, and won the next two elections with increased majorities. One of the original cornerstones of its platform was that South Africa should become an independent state, and a referendum to this effect was held on 5 October 1960. The poll, which was restricted to white voters only, was approved by a narrow margin of 52.29% to 47.71%.

On 3 March 1961, Prime Minister Hendrik Verwoerd went to an Imperial Conference in London, with the intention of raising a discussion about South Africa becoming a republic whilst remaining in the Commonwealth. He was, however, faced with strenuous objections to his country’s apartheid policies, and he decided it would be best to resign from the Commonwealth before South Africa was expelled, or his request for independence was denied. It had also become clear that other countries would leave the Commonwealth in protest if an unrepentant South Africa were allowed to remain.

PODCAST - A chat about the Volunteershoek Pass in the Eastern Cape. CLICK TO LISTEN.

Trichardtspoort - A scenic poort in Gauteng

Words of wisdom: “Live your life by a compass, not a clock” - Stephen Covey