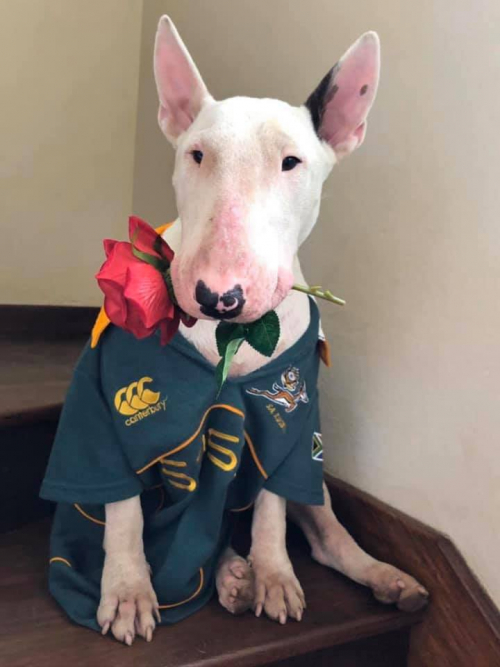 It's impossible to not be swept up in the ebullient mood after the emphatic Springbok victory in Japan. Whilst we are keen rugby supporters at MPSA we don't profess to be rugby experts.  So what have we learned from the event?

For starters the Japanese public and government totally embraced the RWC 2019 and did a magnificent job of it. There were hundreds of examples. The Japanese children that walked out with the relevant captain of the day, knew that country's national anthem off by heart; the respect that the Japanese people showed to foreigners; the way the public embraced the event was a thing of beauty. The next host country has a tough act to follow.

The stands were full at every match and when Japan were beaten in the quarter finals, the enthusiasm for the game of rugby intensified with Japanese fans painting their faces in the colours of whichever team they fancied. We rate it as the best world cup ever by a country mile.

Everything has been said about the Springboks. It's a like a fairy tale and no doubt there will be a blockbuster Invictus 2 on the big screen soon. Our congratulations to the Springboks - the whole lot of them - even the physios. We are incredibly proud of their achievement.

The petulant and dismissive behaviour of the English squad however does need a mention. The medal removal and sour faces put a blight on the sport, and must have been a huge embarrassment to the entire English nation; not to mention a slap in the face of the host nation. It was in extremely poor taste and at least Prince Harry was able to do some damage control.

The other negative was the decision by TotalSports to stop supporting Eben Etzebeth so close to the final. No-one seems to understand the rationale behind the move and in the process the brand and its parent company - the Foschini Group have no doubt shot themselves in the foot.

It is just wonderful to see South Africans from all walks of life dancing in the streets, laughing and singing. We are a great nation. Let's now build on all that positivity.

With just 2 weeks to go before this tour, we will be closing bookings next week. If you want to be part of this wonderful tour, please get your mouse clicking or fingers tapping. Full information and online bookings here:

By the end of the third day things had gone rather well on this tour, with the only serious issue being Mark Heaton's Jeep Cherokee injector problem. It was in high spirits that we rose on Heritage Day to nail down the final three passes - Naude's Nek, the TTT and the Ben Mac Dhui Pass. All three passes are close to each other in distance, but time wise, it's another matter altogether.

The weather had cleared as we headed north on the R393. This road which eventually leads to Lundeans Nek is one of the most underrated drives in South Africa. Various roads peel off to mystical destinations like New England, Bokspruit, Mosheses Ford, Rhodes, Volunteershoek, Tiffindell and Wartrail. It's a long pull to Wartrail and the R393 consists of a number of passes all linked together in a smorgasbord of stunning scenery. Most of the passes are not yet named and nearly all of them put many other official passes to shame. Our route diverted over the Kraai River at Mosheses Ford at the lovely old single width steel bridge, where we turned right towards Rhodes.

The drive to Rhodes is equally as attractive as the R393 and if you drive slowly the journey to Rhodes unfolds in the most picture perfect manner imaginable. The entire village of Rhodes is a national monument; the only town in South Africa to enjoy that status. The large shady trees and stone walled houses offer a time warp experience as one drives along the wide gravel roads. We have included a short video here which we took in December 2017 which will give you a good idea of what Rhodes has on offer. Next week the next section will cover the traverse of Naude's Nek and the TTT.

Protests, Strikes and Riots: The Struggle Against Apartheid 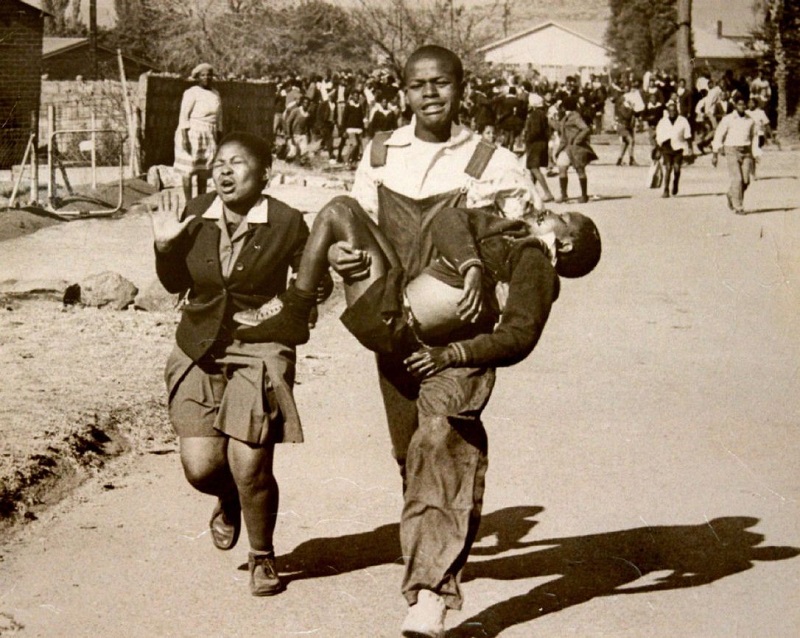 After independence, the South African government continued to expand its apartheid policies in the face of mounting resistance. An anti-pass campaign was launched, and thousands of unarmed blacks invited arrest by presenting themselves at police stations without pass books. On 21 March 1960, police opened fire on a crowd of protestors in Sharpeville, a black township near Johannesburg; 69 of them were killed and more than 180 wounded, most of them shot in the back. Thousands of workers then went on strike, and in Cape Town some 30,000 blacks marched in a peaceful protest to the city centre. The government re-established control by mobilizing the army, outlawing the ANC and the PAC, and arresting more than 11,000 people under emergency regulations.

Following Sharpeville, black resistance organisations came to the conclusion that apartheid would never be overcome by peaceful means alone. They established military wings, and began a series of armed conflicts and bombings over the next few years. But by 1964, the government had captured many of their leaders, including Nelson Mandela, and sentenced them to long terms of imprisonment on Robben Island and other prisons. Some perpetrators of acts of sabotage were hanged, and hundreds of others fled the country to live in exile.

At this point the government began a series of forced removals, during which millions of blacks were taken from towns and white rural areas and moved into reserves. These were then consolidated into ten distinct territories, designated as “homelands” or “Bantustans”, each set aside for a specific black ethnic community. The government manipulated homeland politics so that compliant chiefs controlled the administrations. Arguing that the Bantustans matched the decolonization process then taking place in other parts of Africa, the government devolved powers onto these administrations and encouraged them to become “independent”. Eventually four of them did so, but none was ever recognized by a foreign government. Like the other homelands, however, they were economic backwaters, and were mostly dependent on financial subsidies from Pretoria.

A new phase of resistance began in 1973 when black trade unions organized a series of strikes for higher wages and improved working conditions. Steve Biko and other black students founded the Black Peoples Convention (BPC) and inaugurated what was loosely termed as the Black Consciousness Movement, which appealed to blacks to take pride in their own culture and which proved immensely attractive.

On 16 June 1976, students from numerous schools began a protest in the streets of Soweto in response to the introduction of Afrikaans as the medium of instruction. It is estimated that 20,000 students took part in the uprising, and they were met with fierce police brutality. The number of protesters killed by the police is usually given as 176, but other estimates range as high as 700. Outrage at these actions resulted in more protests and strikes, and additional riots broke out in other black townships. The government reacted by embarking on a renewed campaign of suppression and intimidation, and it also banned the BPC and other resistance organisations.

These events focused worldwide attention on South Africa and the government was plunged into a crisis. The UN General Assembly had earlier denounced apartheid in 1973; now, four years later, the UN voted unanimously to impose mandatory embargoes and sanctions against the country.

Trade unions and their workers began to play an increasing role in the fight against apartheid. With thousands of members, the unions had great strength in numbers and they used this to their advantage, campaigning for the rights of black workers and forcing the government to make some changes to its apartheid policies. Importantly, trade unions also filled the gap left by banned political parties. They assumed tremendous importance because they could act on a wide variety of issues and problems for their people, including broader community grievances.

The illusion that apartheid would bring peace and stability to South Africa had been shattered by the late 1970s. All of the homelands had proven to be economic and political disasters; labour was their only significant export, and most of their leadership was corrupt and unpopular. Strikes, riots, uprisings and sanctions had caused the national economy to enter a period of recession and high inflation, and many skilled white people emigrated from the country. South Africa had become progressively isolated as the last bastion of white racial domination on the continent, and was now the focus of global denunciation.

Throughout this period, the South African Defence Force had been expanded and adapted, and a considerable amount of money had been spent to increase its effectiveness. Conscription was used to increase the size of the military, with stiff prison sentences imposed for draft evasion or desertion. Only white males were conscripted, but volunteers from other races were also drawn in. Although initially used internally to support the police in the suppression of various uprisings and in civilian control, the role of the defence force was about to change. It had become increasingly obvious that a new threat was presenting itself on the country’s northern borders and in its neighbouring states, in the form of Russian and Cuban influence and expansion.

PODCAST: This week we chat about the Rugby World Cup; the upcoming Bedrogfontein Tour and a short intro into the Lesotho-Sani Tour held in September. Click to listen.

There are many wonderful smaller passes hidden away in the mounatins where the ben 10 Eco Challenge takes place. Our featured pass this week is one of those.

Thought for the day: "With the right mindset and spirit, only the sky is the limit” - Unknown