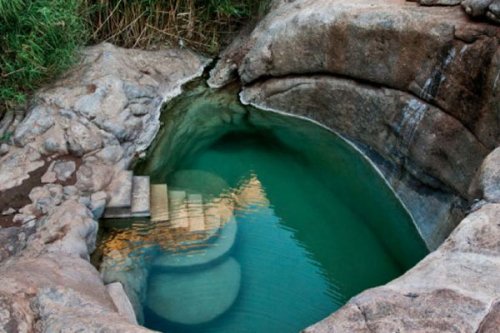 * Pass of the Week - Blouputs Pass

Rugby euphoria - The Springboks have done more for nation building than all the politicians and media put together, but the manne are looking very tired. Their schedule on their return to South Africa has been brutally punishing with some disappointed fans voicing their dismay that the Boks weren't coming to their town or village. It just goes to show that you cannot please everyone all of the time. From Mountain Passes South Africa our message is: "Thank you for bringing the cup home; thank you for being embassadors; thank you for restoring our pride; thank you for all that positivity which will go a long way towards nation building. Go Bokke!!!"

Bedrogfontein-Zuurberg Tour
As this newsletter is published there are just 2 days left to book if you want to join our final tour of 2019. It promises to be something really special. More info and bookings here: BEDROGFONTEIN TOUR

Ben 10 Eco Challenge V2 Tour
Our final day had started on time in good weather as we passed through the hamlet of Rhodes and on towards Naudes Nek Pass. A brief stop at the Naude family memorial site is always interesting and from there we tackled the climb up to the summit. This is a major pass but the road is usually surprisingly good and can still be driven in any vehicle. Never become too complacent on these big passes as things can and do, go badly wrong.

We were almost up near the summit, negotiating the last few sharp bends, when a bakkie descending in the Rhodes direction, suddenly appeared in the middle of the road on a blind corner and travelling much too fast. The driver slammed on brakes, but the vehicle just kept coming straight at us with its wheels locked up in a cloud of dust and gravel. All I could do was move as far left as possible and wait for the impact. It was desperately close - our side mirrors almost touching. It was a local - a young manager from a nearby hotel (as we later learned). And so we keep on learning to drive defensively.

We drove all the way to the bottom of the pass, turned around and returned to the viewsite for pictures and then on to the Tenahead Lodge for tea and cake (a treat for all the ladies). Next up was the TTT (Tiffindell Tenahead Traverse), a 27 km / 2 hour contour drive (the highest contour road in SA) which had us at the ski resort around 3 pm. On this leg the VW Touareg in our group had some difficulty keeping up. This was due to the raised suspension setting automatically lowering above 25 kph.

The final challenge pass of the day (and the trip) lay ahead - the 3001 m high Ben MacDhui Pass. All went well until we reached the border fence and with just four rocky obstacles to go, the VHF crackled into life: "Johan! Something is hanging under your car. It looks like a leaf spring"

This was a well kitted 79 series Toyota Land Cruiser. One of the U-bolts holding the suspension onto the rear axle had sheared clean off. The vehicle was standing halfway up a slope completely incapacitated and blocking the road. After assessing the damage, we quickly cleared a path of big rocks next to the Land Cruiser to allow the rest of the group to get to the summit. Some decided not to risk it and walked to the summit - a distance of about 200m.

We left the Cruiser on the top of the mountain and returned to base, arriving after dark but with everyone safe and sound. The next day the owner of the Cruiser, Johan Jansen, got hold of Toyota SA and arranged for a mechanic to come down from a Pretoria in a 4x4 with the necessary parts and tools. The repair was successful and the Cruiser was able to drive down under its own steam and return to Pretoria.

Another fantastic and eventful adventure. If you are still planning on doing the Ben 10, remember that things can go wrong on the mountain. Never take this challenge too lightly. Plan thoroughly and go in a group. It is much safer. 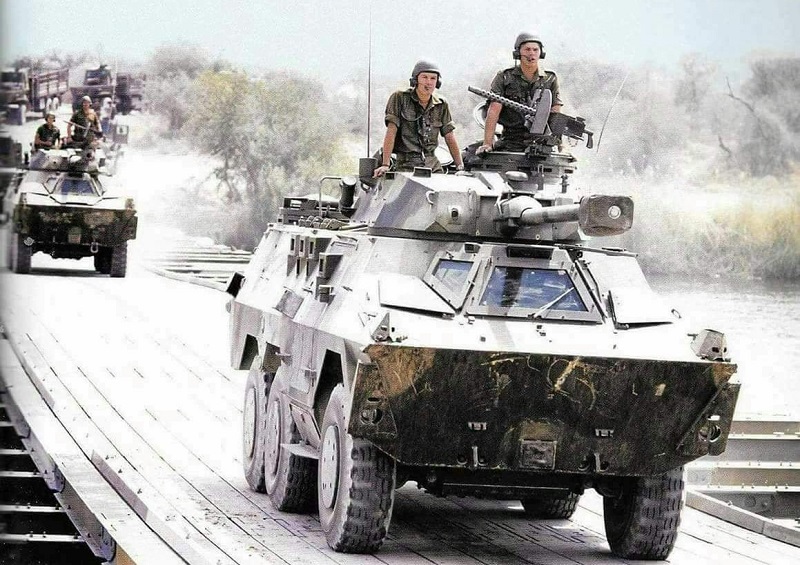 After South African forces had conquered German South-West Africa in 1915 (the first major Allied victory of World War I), the colony in due course became a Class C Mandate under the League of Nations, and was placed under South African administration. Now known as South West Africa (SWA), the neighbouring territory was never supposed to become a part of South Africa, but was, in practice, administered as if it was a fifth province of the country.

In 1960, the South West African People’s Organisation (SWAPO) was established to advocate immediate independence from South Africa. Initially more of a military organisation than a political one, the first SWAPO guerrillas entered Ovamboland in September 1965, and by July 1966 were conducting operations in northern SWA. On 26 August 1966, members of the South African Police (SAP), assisted by aircraft of the South African Air Force (SAAF), attacked a SWAPO base at Ongulumbashe, defeating the insurgents. This date is considered to be the official start of the South African Border War.

In due course the conflict ramped up. Members of the South African Defence Force (SADF) assisted the SAP in their efforts to eliminate the SWAPO guerrilla groups, but by 1973 the security situation in northern SWA had become so serious that the SADF had completely taken over counter-insurgency operations.

When Portugal withdrew from Angola (South West Africa’s immediate neighbour to the north) in 1975, the three liberation movements that had been fighting the Portuguese for more than a decade, namely the Movimento Popular de Libertação de Angola (MPLA), Frente Nacional de Libertação de Angola (FNLA) and União Nacional para a Independência Total de Angola (UNITA), henceforth became embroiled in a civil war for control of the country. Supported by the Soviet Union and Cuba, the MPLA seized power, but remained locked in conflict with the other two organisations.

Alarmed by what was perceived to be communist threat and encouraged by the United States of America (USA), South Africa invaded Angola in October 1975 in support of the FNLA and UNITA. SADF units swept quickly through the country and reached the outskirts of Luanda, the Angolan capital, in just 33 days, but political considerations, including a lack of continued diplomatic support from the USA, forced them to withdraw.

The MPLA remained in power, supporting SWAPO in its struggle for independence in South West Africa. SWAPO established base facilities in southern Angola, and from there intensified its military activities across the border.

By 1978 the conflict had escalated and SWAPO incursions increasingly continued to take place, the SADF retaliating with cross-border operations. This became the start of a long and bitter conflict which would last for another 10 years. South African tactics became more aggressive as the war progressed, sometimes resulting in significant Angolan casualties and occasionally producing severe collateral damage to economic installations regarded as vital to the Angolan economy. Ostensibly to stop these raids, but also to disrupt the growing alliance between the SADF and UNITA, both the Soviet Union and Cuba continued to support the war effort through a large contingent of “military advisers” (i.e. ground troops) and up to four billion dollars’ worth of modern defence technology.

Although much of the war consisted of a series of sniping raids and counter-insurgency operations, conventional battles did take place. The most important of these was the Battle of Cuito Cuanavale, fought intermittently between 14 August 1987 and 23 March 1988 in southern Angola. The battle was the longest engagement of the war and the biggest conventional battle on the African continent since World War II. It was a watershed event, in that it demonstrated to both sides the cost and futility of the conflict, and ultimately led to a negotiated settlement.

Angolan forces launched a major offensive to overrun the town of Mavinga, a UNITA stronghold and logistics centre, paving the way for a final assault on the UNITA headquarters at Jamba. The SADF was determined to prevent the advance, as this would have allowed SWAPO insurgents to operate in an area which was adjacent to the SWA border. After weeks of preliminary skirmishes, the two armies met at the Lomba River on 6 September 1987. The SADF repulsed several Angolan attempts to cross the Lomba, then launched repeated counterattacks which sent the Angolan forces reeling back towards Cuito Cuanavale.

During the second phase of the battle, the SADF and UNITA made several unsuccessful attempts to encircle and destroy the surviving Angolan forces before they could establish new defensive positions. Bolstered by Cuban reinforcements, the Angolans held their lines, and the SADF disengaged in March 1988, after laying minefields south-east of Cuito Cuanavale to dissuade a renewed offensive.

In late 1988 the UN recognized SWAPO as a legal representative of the people of South West Africa. Both SWAPO and South Africa agreed to a UN plan for a cease-fire, withdrawal of South African troops, and free elections to be guaranteed by UN security forces. General elections under a universal franchise were held between 7 and 11 November 1989, returning 57% of the popular vote for SWAPO. This gave the party 41 seats in the territory's Constituent Assembly, but not a two-thirds majority which would have enabled it to impose a unilateral constitution on the other parties represented. South West Africa formally obtained independence and became the Republic of Namibia on 21 March 1990.

PODCAST: A chat about the first day of our recent tour to Lesotho. Click to listen.

PASS OF THE WEEK - An interesting and little known pass off the Orange River in the Northern Cape near the village of the same name and fairly close to the much better known Riemvasmaak with its modern history.

Thought for the day: "A ship in a harbour is safe, but it is not what ships are built for” - John A. Shedd