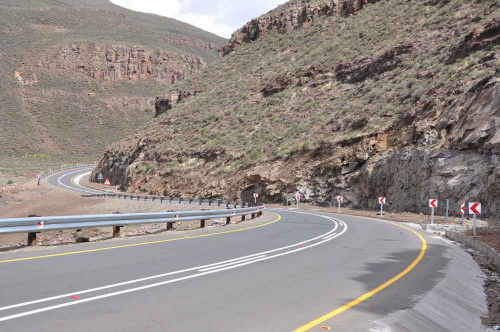 Black Friday - Cyber Monday
We are running a subscription special from today 28th Nov to Monday 2nd Dec at R150 for the 12 month package (50% discount). Subscribe, Upgrade or Renew. Anyone renewing (even if your current subscription is still valid) can cash in. The dates will simply be extended by 12 months. The link is at the bottom of this newsletter.

New tours in the planning room for 2020
As the Christmas season approaches, we will be hard at work planning the next two tours. The first will be an unusual tour (3 days) which will include the Baviaans-Kouga 4x4 Route; the eastern section of the Baviaanskloof bioreserve and and east-west traverse of the Antoniesberg Pass. We will be overnighting in quality accommodation and at a different location on each of the four nights. We are planning this tour for February 2020.

The other tour which requires a lot of planning is our Wild Coast Tour, which will be a longer tour of at least 5 days and include some of the bih gravel passes in the old Transkei. This tour is scheduled for April/May.

Our ever popular Ben 10 Tour will be repeated again in 2020.

We have just arrived back from a hugely successful tour in the Addo area - our inaugural Bedrogfontein-Zuurberg Tour. We were blessed with fine weather throughout; marvellous and plentiful game sightings; some interesting and technical driving, but above all our group knitted together really well from a social perspective. On this tour we had a couple of firsts. We had a new shape Suzuki Jimny as well as a top end Range Rover V8 Sport. Both vehicles from opposite ends of the price spectrum, coped admirably. We will be reporting in more detail on this tour over the next few weeks.

Maseru, whose name is a Sesotho word meaning “place of the sandstone”, is the capital city of Lesotho. It is situated on the Caledon River, which separates Lesotho from South Africa, and is Lesotho’s only sizeable city, with a population of approximately 250,000 people.

At the end of the Free State-Basotho War in 1869, Maseru was established as a small police camp by the British when Basutoland became a British protectorate. It was not long before it grew into a busy market town.

It is located at the edge of the “conquered territories” relinquished to the Orange Free State (now the Free State province of South Africa) as part of the peace terms at the conclusion of the war. It is 24 kilometres west of King Moshoeshoe I’s stronghold, Thaba Bosiu, the previous de facto capital. Maseru was the state’s administrative capital between 1869 and 1871, before administration of Basutoland was transferred to the Cape Colony.

Between 1871 and 1884, and much to the chagrin of the Basotho people, Basutoland was treated in the same way as territories that had been forcefully annexed. This led to the Gun War in 1881 during which many buildings in Maseru were burned. In 1884, Basutoland’s status as a Crown Colony was restored, and Maseru was again made the capital.

When Basutoland gained its independence and became the Kingdom of Lesotho in 1966, Maseru remained the country’s capital. Prior to Lesotho’s independence, Maseru had remained relatively small; it was contained within well-defined colonial boundaries and, as the British had little interest in developing the city, there was little growth. After 1966 Maseru expanded rapidly from a mere 20 square kilometres to the current area of 138 square kilometres, mainly thanks to the incorporation of nearby peri-urban villages.

Pass No. 1 - Lekhalo la Baroa
Once we had passed through the suburbia of Maseru, we reached our first pass of the day - Bushman's Pass or more correctly Lekhalo La Baroa.

This big tarred pass is located on the A3 main route between Maseru in the west and the much smaller village of Fosi in the east. It displays an altitude variance of 487m over a distance of 11.9 km producing an average gradient of 1:27, but there are several very steep sections at 1:5. The summit point is reached at an altitude of 2277m ASL.

The pass has 65 bends, corners and curves compressed within its length, and with a summit height of 2,277m ASL, it receives regular snowfalls. During very cold conditions ice might be present on the roadway, which is extremely dangerous even for 4WD vehicles. The route provides access to the Mohale and Katse dams as well as the town of Thaba Tseka. 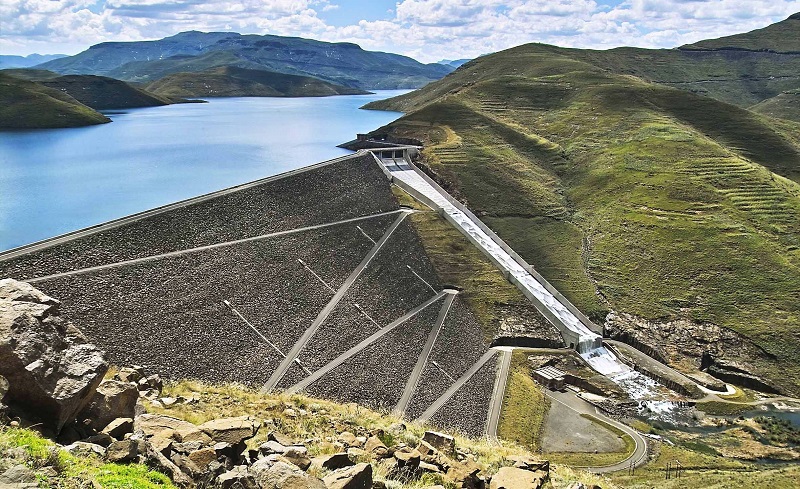 Mohale Dam is a concrete faced rock-fill dam in Lesotho. It is the second dam, under Phase 1B of the series of dams of the Lesotho Highlands Water Project (LHWP), which will eventually include five large dams in remote rural areas of Lesotho and South Africa. The project has been built at a cost of US$1.5 billion.

Evolution of the LHWP was first initiated in the early 1950s by Sir Evelyn Baring, the South African High Commissioner to Lesotho. He realized the importance of the large water resources potential of the country, the only natural resource of the land-locked country. Subsequently, Sir Peter Ballenden, Director of Public Works, requested Ninham Shand, an engineer from Cape Town, to examine the potential of the project as a possible means to supplement the water supply needs in South African gold mines.

In 1983, the World Bank began implementing the project. Phase I covered some of the key strategic components of the project, while Phase IB's financing covered not only engineering design and supervision of the main works but an institutionalized framework with a panel of experts in the field of engineering and the environmental and social aspects of the project. The Development Bank of Southern Africa (DBSA), the European Investment Bank (IIB), and Export Credit agencies were also approached to finance the project.

The Lesotho Highlands Water Project (LHWP) was established, with the objective of supplying water to the Gauteng region of South Africa and for hydroelectric power to meet the needs of Lesotho. A treaty signed between the government of Lesotho and South Africa gave the green light for the project, and the team was set up to implement the project.

Thaba-Tseka is a district of Lesotho. Thaba-Tseka is also the name of the district's capital or camptown, which is the only town in the district. The district is one of the major tourist attractions in Lesotho because of the second largest arch dam in Africa - the Katse Dam.

As of 2016, the district had a population of 135,347 which was 6.92 per cent of the total population of the country. Most provisions and fuel are available at the town.

Next week: God Help Me Pass

50% Discount on a 1-year subscription to MPSA.

Discount Voucher Code to use on Subscription or Renewal form: 2019MPSA50BF

We head off to the dusty plains of the central Karoo near Beaufort West where a cluster of gravel passes await those who are willing to get some dust on their vehicles. This one was built by Thomas Bain.