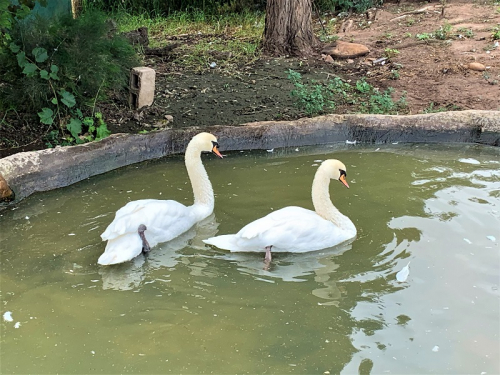 The pandemic is affecting each and every one of us in various ways. At MPSA we are strongly focused on remaining positive, as there are more than enough news outlets and websites that focus on the problem.

After my visit to the Magwa Falls I still had to film those 4 back to back passes between Lusikisiki and Port St Johns and this time the light was good and the filming went smoothly. A second night at the Port St Johns River Lodge started with a long swim in the pool, a cold beer and a light dinner with just a handful of other guests there on a mid-week day.

Another four back to back passes awaited me on the R61 road to Mthatha of which the most impressive was the last one - the Tutor Ndamase Pass. He was a powerful political leader in the area and was widely respected. The new tarred pass is beautifully engineered and has impressive statistics with plenty of sharp bends counterpointed with magnificent scenery to make it a thoroughly enjoyable drive. [More lower down...]

Near the summit was my most important pass of the day - the Mlengana Pass, which is effectively the old Tutor Ndamase Pass as it is the old main road between Mthatha and Port St Johns which runs right pass that striking landmark - Execution Rock. The gravel road is somewhat neglected and poorly signposted but with Tracks4Africa and a little diligence you will find it. With beautiful blue skies it was the perfect opportunity to film this pass - one I have been waiting to film for at least two years (as it's a long way from home!)

Legends abound about that mountain - of kings throwing disobedient subjects and enemies down the vertical cliffs with so much blood that the rivers ran red. But those are just stories and since nothing is written down, we can only rely on the folklore passed down from generation to generation. It is an imposing bit of rock towering up into the sky with its tangled forests and open cliffs, it completely dominates the scenery. You simply cannot ignore it. There is a timelessness there with the green rolling hills dotted with colourful huts creating a setting fitting for a king and his castle - Mlengana. Guests on our Wild Coast Tour will be getting a perfect view of this scene. 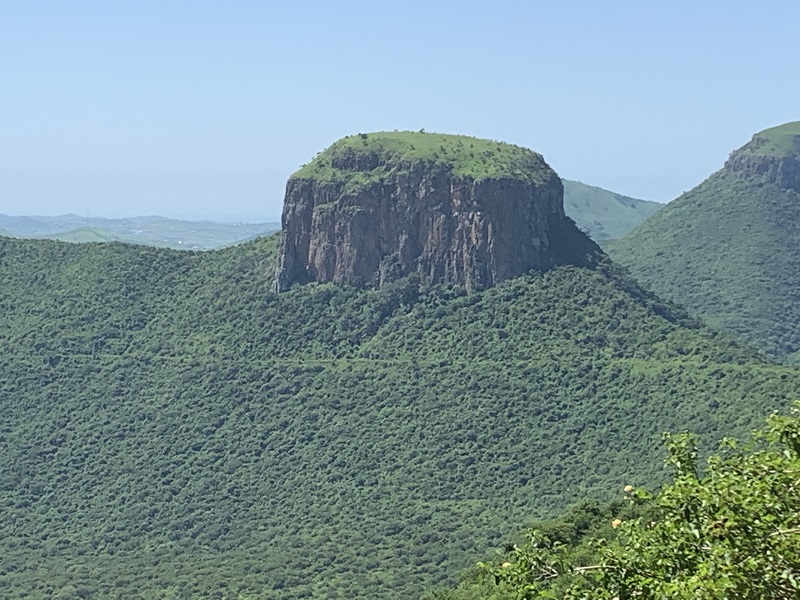 Next stop Coffee Bay, but first I had to rerun the Mthatha traffic gauntlet and left the N2 onto a good tarred road down to Coffee Bay. Cattle and other livestock on the road just becomes the norm after the third day and avoiding cow dung becomes irrelevant. The Ocean View Hotel in Coffee Bay is an old rambling hotel under thatch right on the beach. The setting is wonderful, but more impressive was how attentive management was. We will be spending two nights at this lovely hotel.

Our base for the first two days was a guest farm called Die Kraaltjie in Joubertina. And if you've ever wondered how to pronounce it - its Djoubertina. Elize was our host and ensured we were well fed. Immaculate grounds with four white swans set a rural tone as we met all our guests and completed the radio fitments. Load shedding brought our dinner from 19h00 to 18h00 so we were forced to do our drivers briefing in the reverse order, but these things are easily resolved.

Two of our guests were complete novices to off-road driving and one had even hired a 4x4 for the occasion. A quick run down on traction control and difflock buttons and they were  nervously ready for some serious gravel travel. We got the group going at 08h30 on the Friday and set off to drive our first pass of many - the Kouga-Kleinrivier Pass. The scenery on this pass is near to perfection and once up the far side after crossing the two rivers after which the pass is named, we turned off to the Kleinrivier farm, owned by Nico Ferreira. This is the home of the Kouga Wilderness. What a beautiful place to live. The farm has been in the Ferreira family since the mid 1800's.

After paying our permit fees we tackled the route up to the main viewpoint with all the vehicles coping well with the mainly level 2 route. For lunch we backtracked down the very steep zig zags to the Kouga River where we found some welcome shade for a relaxed lunch stop. On tour it takes at least a day for guests to start connecting and getting used to using the 2 way radios, but this group was quick off the mark. The radio banter was highly amusing.

Once back on the gravel main road, we drove the long and scenic Brakkloof Pass, which is a poort and a pass combined with the juiciest bit coming right at the end. For the second time in a single day we descended down and climbed out of the Kouga River gorge, but further downstream. We were back at our guest farm at 16h30 and time for a rest before the next load shedding episode and another early dinner. This time we were treated to a genuine South African braai and our guests raved about the meat - cooked to perfection.

It was a bunch of happy folk who enjoyed the blissful peace and quiet of a country town that night.

This week we head off to the Drakensberg to cyber drive a pass that is a little obscure but offers lots of enjoyable scenery and a decent gravel road.