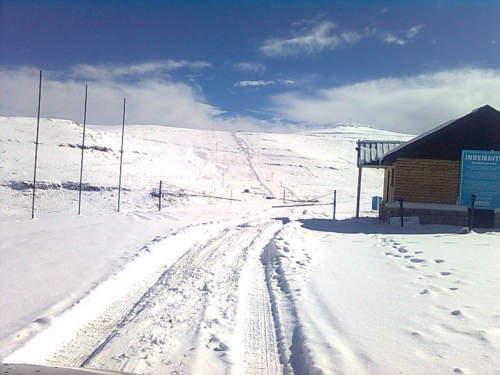 * Tapping into the lockdown positives

The first big winter storm has arrived, brnging with it gale force winds, 9m waves along the coast and heavy rain in many parts of the country. Good snowfalls have been recorded right across all the high lying areas with Afriski in Lesotho embracing the snow with open arms, which is an excellent precursor to the lowering of travel bans in time for the main snow season.

Undoubtedly the biggest news this week is the reduction of lockdown rules to Level 3. On Monday 1st June, a great deal of normality will begin the turning point and the exit from this long and surreal period in all of our lives. Our planning with respect to our postponed tours has proven to be sensible, as by the time August arrives the nation should be on Level 1 or zero.

The incessant bombardment of information surrounding the pandemic has brought a number of funny and some more serious moments. This post on Facebook this week, caught our eye:

"Businesses are now starting to open in the first phase as per the government's plan. If you go to commercial premises and see a few mistakes, don't start recording video or taking photos to later upload onto social media.

Please speak to the owner. Be kind. We all have to help each other.

This is new for everyone and business owners will be trying their best to make things safe and get their business up and running again.

Let's help each other through this transition"

Or it could be simplified into a few impactful short words : "Don't be a snitch!"

Just a reminder of one of our new services on offer:

We are busy negoatiating with a new joint venture tour operator to run our unique MPSA tours in the northern sector of South Africa. All things being equal and if negotiations are successful, the first of the new northern tours should be ready towards September. Most of these tours will be for non 4WD vehicles, so we look forward to catering for that sector of the market.

ARE YOU READY TO ESCAPE?

One ticket has become available for our Ben 10 Tour in September. BOOK HERE.

We also have 1 ticket that has become available for  the Wild Coast Tour. BOOK HERE

Perhaps the best thing about lockdown is the reconnecting of old friends. Somehow lockdown made us all realIse that money is not the most important thing in life. There has been a universal reaching out amongst people of all walks of life. I personally had many such calls from as far afield as America and New Zealand. One of the friends I had last spoken to almost 50 years ago. It's a thing of beauty to reconnect like that. [Read more]

On my personal Facebook page I started recording stories and anecdotes of my early childhood life. These will ultimately be condensed into a book. Here is an excerpt of how lockdown has opened up a part of my memory I thought was gone forever:

A personal short story from 1953

Cookhouse is a small village in the Eastern Cape. My father was transferred there by the government in about 1950 to run the PRD (Provincial Roads Department) in said village. The reality is that Cookhouse was nothing more than the combined prefab houses of the railway workers and the PRD employees; each group being separated by the main railway line. On the outskirts was the township inhabited by the Xhosa locals. All townships were called locations. I still haven’t figured out why.

My dad had a Xhosa man who worked in his office, named Frank. I still remember him in vivid detail. Frank was one of the kindest humans I have ever met. He was tall and lean with a gentle smile that gave away the wisdom that belied the mundane nature of his employment.

I was 4 years old and Frank used to collect me (the little blonde haired white boy) from our home and put me on the cross bar of his size 28 bicycle and off we would go to his khaya in the location for his lunch break.

Frank would gather his family to break bread. I was included in the entire process. We would sit cross-legged on a grass mat, inside the rondavel. Mostly the meals would be ‘pap’ or (gnoesh sp?) a mix of samp and beans. I loved the daily adventure of experiencing a different culture and being accepted without reservation by his family.

It didn’t take long and I wanted to learn to ride Frank’s bike. I was far too small to ride the bike, so I tried riding it under the cross bar. Needless to say I fell many times arriving home with grazed hands and knees.

Frank was incredibly proud of his bicycle and cleaned it daily. When I think back now how he must have winced as each fall I took from that bike which added scratches at a rapid rate to the shiny black paintwork, I now can understand the intelligent and dignified man that took the time to help raise me in his own unique way (albeit for only two years).

Frank - I never got to say thank you. Hamba Gahle madala - 65 years later, but never too late.

PODCAST: We cover the second part of the story of the reconstruction of the Anenous Pass between Steinkopf and Port Nolloth as described by the late Dr. Graham Ross. 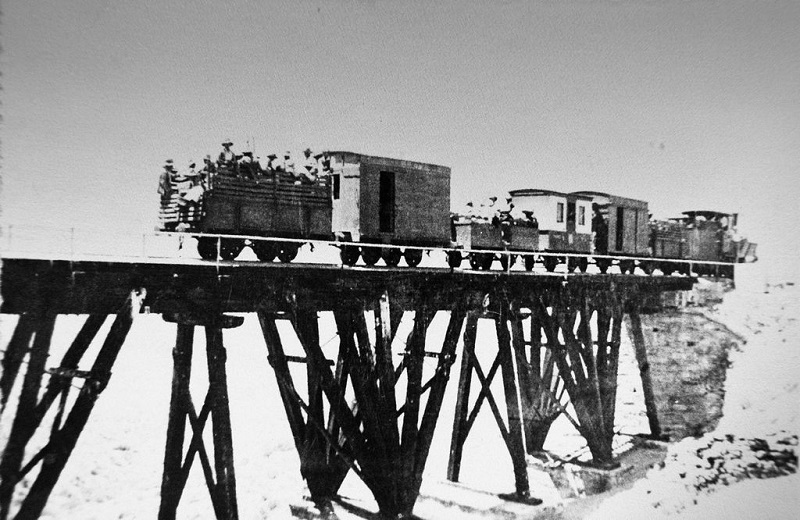 In early February whilst on my recce trip to the Wild Coast, I managed to film the impressive Mlengana Pass which passes directly adjacent to the famous Execution Rock. During our research on this beautiful road, we uncovered some of the myths surrounding the mountain - and set the record straight. We also have a look at the history of Pondoland and its people. There is a double video which you can enjoy which contain some very interesting history.

Words of Wisdom: "Sometime later, becomes never. Do it now!"