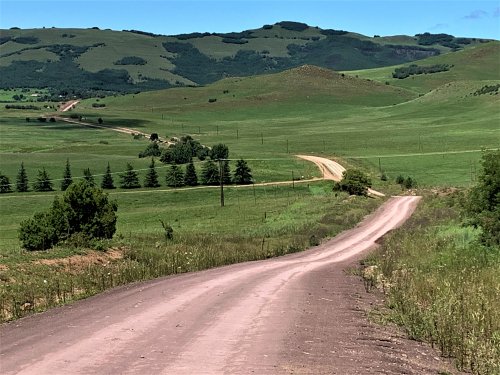 Each week that passes during lockdown unleashes plenty of drama and this week the North Gauteng High Court decision against the government's application of rules is the main talking point. So will we be skipping Level 2 at the end of June and going to Level 1 or will the machinations of government roll along in stall mode as is the norm? We await these developments with interest.

Planning for our two postponed tours is going full steam ahead and whilst there has been some hesitation and nervousness from some of those that have booked, the majority are very keen to get out there and start enjoying their lives again. Whilst we are taking every possible precaution with our tours, both from a compliancy and safety point of view, the reality is that on a self-drive tour you are already in self isolation for most of the day. The risk of catching the virus is far greater at your local shop or pharmacy.

Lockdown has allowed me the luxury of writing a book. These short anecdotal chapters have been released on my personal Facebook page and drawn so many favourable comments, that I have decided to reproduce them in this newsletter. It's a type of autobiography but generally written in a light hearted vein. The first chapter is featured below. 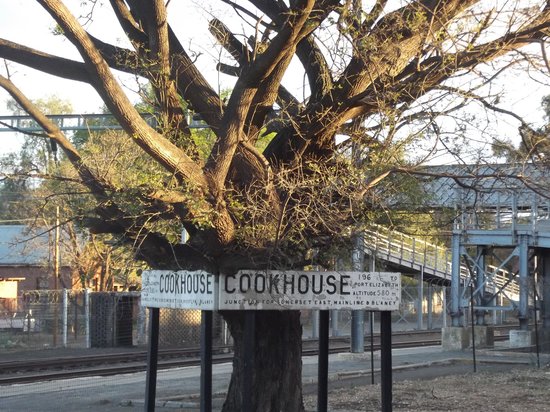 Cookhouse is a small village in the Eastern Cape. My father was transferred there by the government in about 1950 to run the PRD (Provincial Roads Department).

The reality is that Cookhouse was nothing more than the combined prefab houses of the railway workers and the PRD employees; each group being separated by the main railway line. A sort of class separation if you like, with each group believing they were superior to the other. And we didn't mix either. On the outskirts was the township inhabited by the Xhosa locals. All townships in those days were called locations. I still haven’t figured out why. It's even become a part of black language vocabulary and is spelled as "lokshin"

My dad had a Xhosa man who worked in his office, named Frank. He cleaned the office and yard, made the tea and ran errands for the admin office. I still remember him in vivid detail. Frank was one of the kindest humans I have ever met. He was tall and lean with a gentle smile that gave away the wisdom that belied the mundane nature of his employment.

I was 4 years old and Frank used to collect me (the little blonde haired white boy) from our home and put me on the cross bar of his size 28 bicycle and off we would go to his khaya in the 'lokshin' for his lunch break. Frank would gather his family to break bread. I was included in the entire process. Mostly the meals would be ‘pap’ or uhngqusho - a mix of samp and beans. I loved the daily adventure of experiencing an adventure out of town and being accepted without reservation by his family. It seemed like such a long ride and my backside always got sore sitting on the crossbar.

It didn’t take long and I wanted to learn to ride Frank’s bike. I was far too small to ride the bike, so I tried riding it under the cross bar. Needless to say I fell many times arriving home with grazed hands and knees. Frank was incredibly proud of his bicycle and cleaned it daily. When I think back now how he must have winced as each fall I took from that bike, which added scratches at a rapid rate to the shiny black paintwork, I now can understand the intelligent and dignified man that took the time to help raise me (albeit for only two years).

"Frank - I never got to thank you. Hamba Gahle madala - 65 years later, but never too late."

I had started school that year. As was the way parenting dovetailed with tough economic times, school uniforms were purchased a few sizes too big, so that we could “grow into them”

My father gave me a 10 shilling note which I was to hand in to my school teacher on the first day of the school year, which amount was school fees for the year. [Read more lower down]

The walk to school involved crossing the railway lines via an overhead metal footbridge (which still stands firmly in place today). On the main platform was a little shop called “The Station Cafe”. The name hung on a wooden board from the roof of the platform from two chains. The letters were hand painted in black on a white background.

Inside that shop were goodies that every kid in the village wanted. Rows of glass fronted boxes displayed sugar laden treats like apricot candy, marshmallows, Wilson’s toffees, liquorice, round black marble sized sweets which name is no longer mentionable, and then the most important item on sale - Lucky Packets.

A Lucky Packet (I write it with capitals due to the significance in my young life at the time) was a package of delicious intrigue. There was a toy inside plus a selection of sweets. The contents would vary from packet to packet. They were priced at 3p each.

Getting a Lucky Packet was a rare treat for us and each visit to the shop I would spend time staring at the Lucky Packet display - yearning. 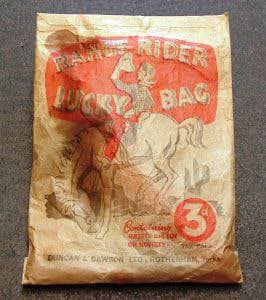 Facsimile of a Lucky Packet of that era circa 1954On that first day of school, smartly turned out in my oversized school uniform, empty suitcase in hand with a solitary ten shilling note inside, I turned left into the Station Shop and confidently purchased the entire stock of Lucky Packets, which were then crammed into my little suitcase.

I’m not sure why the shop owner didn’t question the purchase, which must have seemed extraordinary. Business is business!

I went to school for the morning, being particularly careful not to let any of my new classmates see my ill-gotten gains. Once at home, I began the process of opening each Lucky Packet. I think there were 30 of them. All the new toys were sorted into some order whilst the candies were stored elsewhere. I was in kiddie heaven.

I’m not sure who snitched on me, but by 5 that afternoon I was in deeper trouble than I’d ever been in my life. I recall the incident being so severe that it transcended the normal process of getting a hiding.

My father was not happy at all. His salary in those days would have been about £50 per month. I was given a very long talking to and then the local police sergeant arrived. My father had arranged all this to scare the living hell out of me. So there I sat on the sofa with my father and the police sergeant sitting opposite me, as they loudly debated whether I should be arrested and taken to jail. It was terrifying.

Finally, what seemed like an eternity, the verdict was pronounced that I would not go to jail on the proviso that I never committed a similar offence again. Phew!

Next week: The Legend of the Longdrop

Leisure Wheels Magazine / SA's Big Mama: Read all about it! The second of our new regular monthly magazine columns in this popular outdoor magazine features the Sani Pass. CLICK TO READ THE ARTICLE. - or even better buy yourself a copy.

PODCAST - We chat about Chapter 2 of the Cookhouse story and also revisit the Bloukrans Pass and its history.

Nestled in the foothills of the Drakensberg just south of a small village on the border of the Eastern Cape and KZN, is the small village of Cedarville. Our featured pass this week lies close to that location. It's a double video set, so you'll need about 9 minutes to watch the videos and escape into the beautiful mountains with us. This is one of the many passes we will be driving during our fully booked, upcoming Wild Coast Tour.

Words of Wisdom: "Success doesn't just find you. You have to go out and get it" ~ Anonymous